Many of you are constantly sending me messages about some cheap Chinese projector models out there asking me if they are worth it, what my opinion is, etc. So I decided to buy one and present it to you through the pages of projectorjunkies so that all of you can get finally the answers you are looking for.

The main question is, does the Blitzwolf ΒW-VP-13 worth the money it asks?

The purchase was made by the well-known Chinese store banggood and Blitzwolf cost a total of around 159$, including shipping.

It took about 5 days to come and there were no hidden charges such as customs clearance costs etc.

Its specs are quite optimistic and that was the reason I chose this model.

These are its complete features 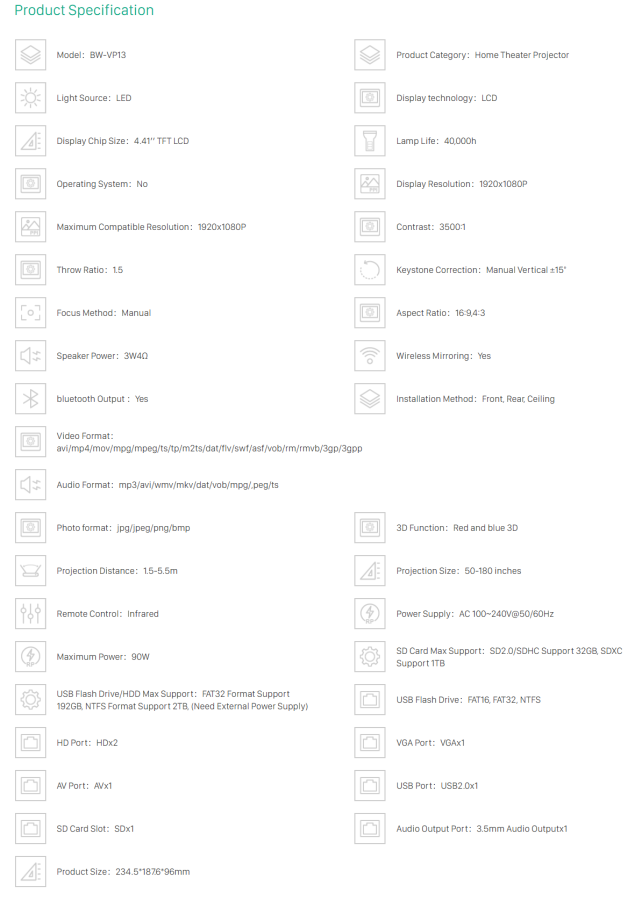 The package is a simple cheap in appearance box. The first impression has to do with its size. Does the projector fit inside? Are you sure? 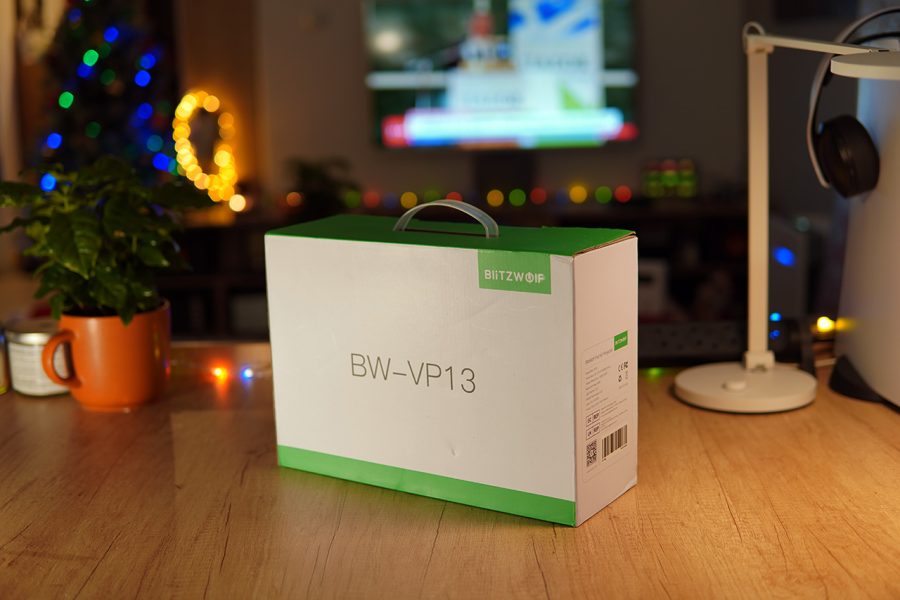 The Blitzwolf is a very small and light projector. The build quality is quite poor, 159$ we said for 1080p image, do not forget that… 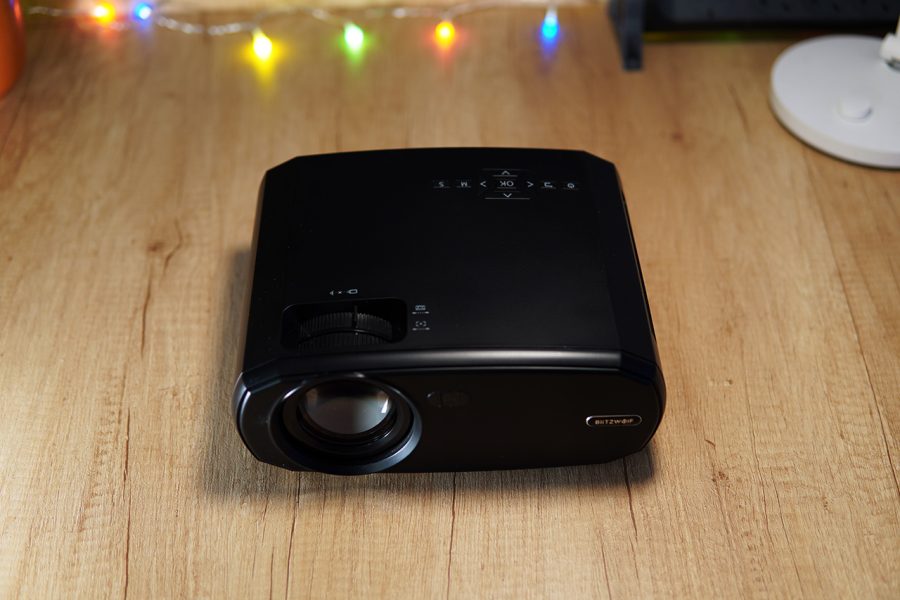 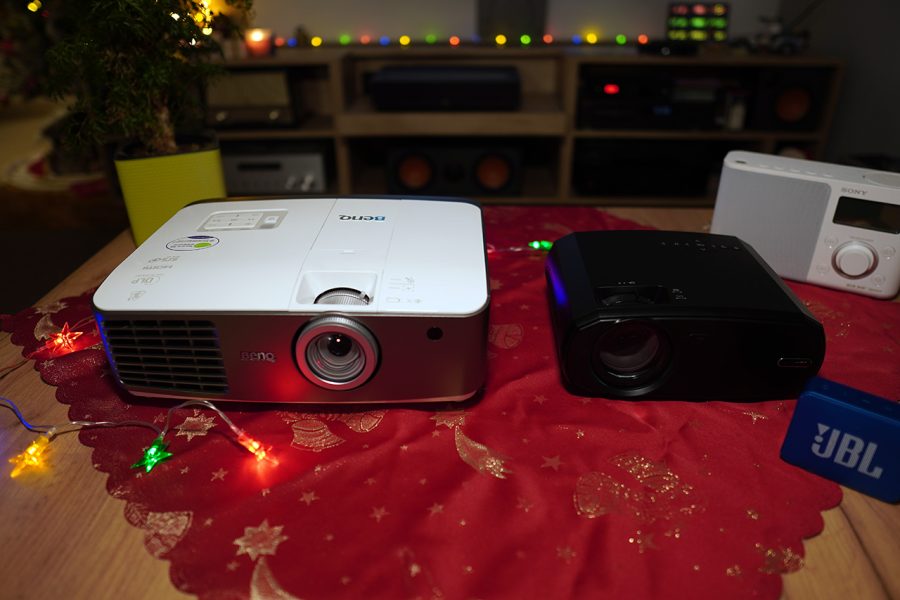 From ports we find 2 HDMI 1.4, a USB 2.0, a card slot, an audio output and a port that can with the appropriate adapter (included in the package) connect video and s-video signal. Do not forget that at the back there is a VGA port. 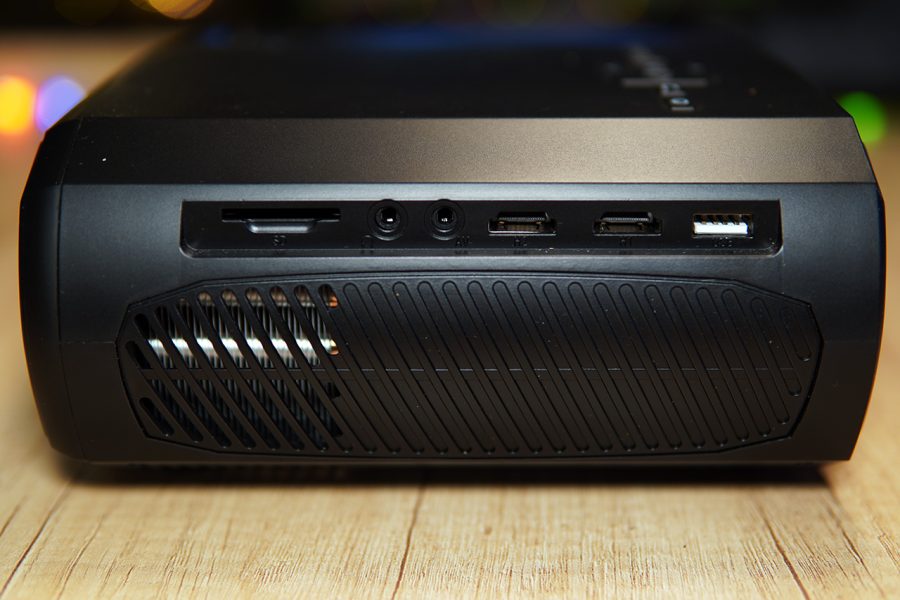 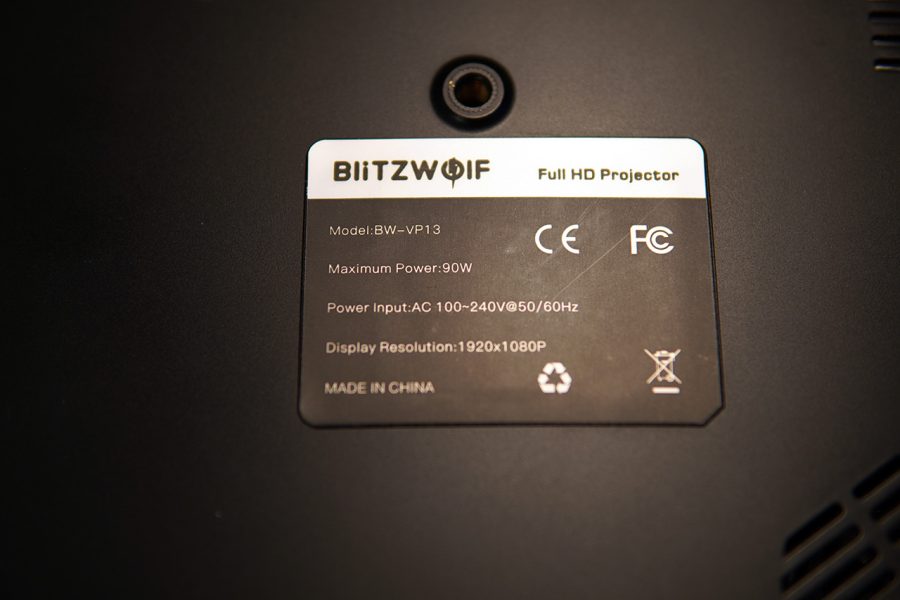 The Blitzwolf is an LCD projector and wears a single large 4.3-inch panel. For light source it uses a 80 Watt LED with a total consumption of the projector of just 90 Watt, nice! 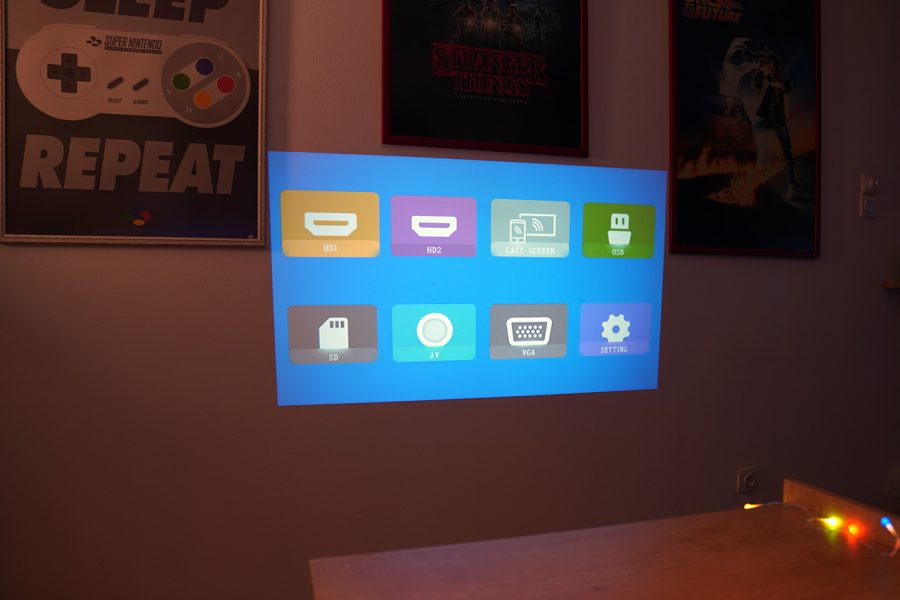 Quite a Spartan menu that I have the impression we find almost the same in most of these Chinese models.

A quick tour of its menu tabs to move on to the main course, its performance.

In the picture there are the absolutely necessary menu tabs 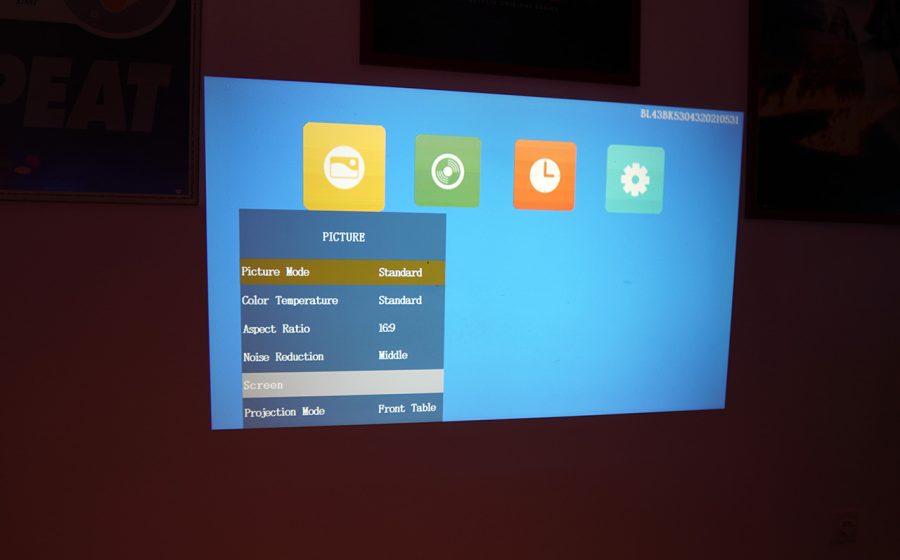 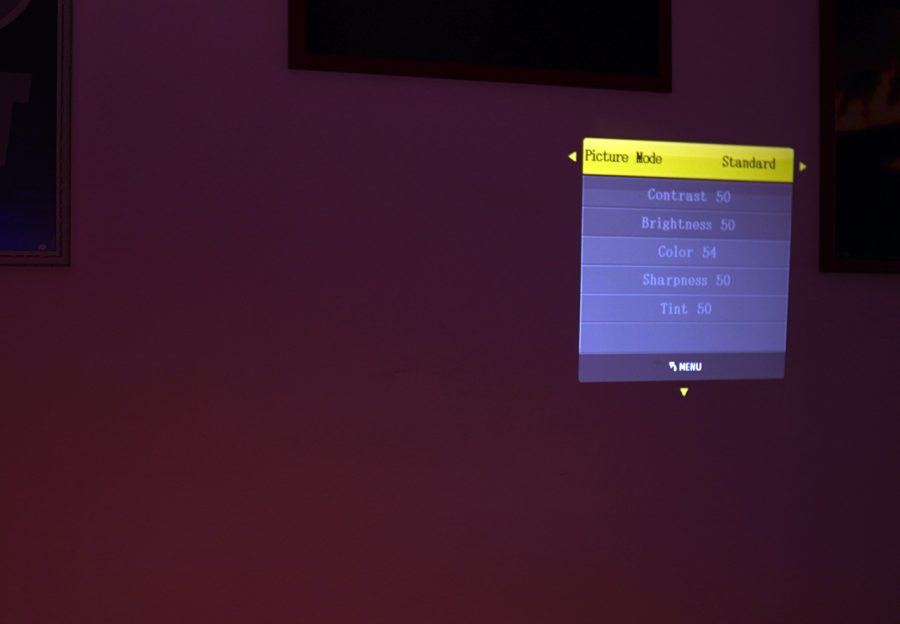 …it allows us to at least adjust the white temperature and gamma values with these three basic RGB sliders.

The next tab is for audio. The Blitzwolf has built-in speakers but the performance is judged to be moderate to poor. But in need you can hear at least, that matters in such a cheap model. 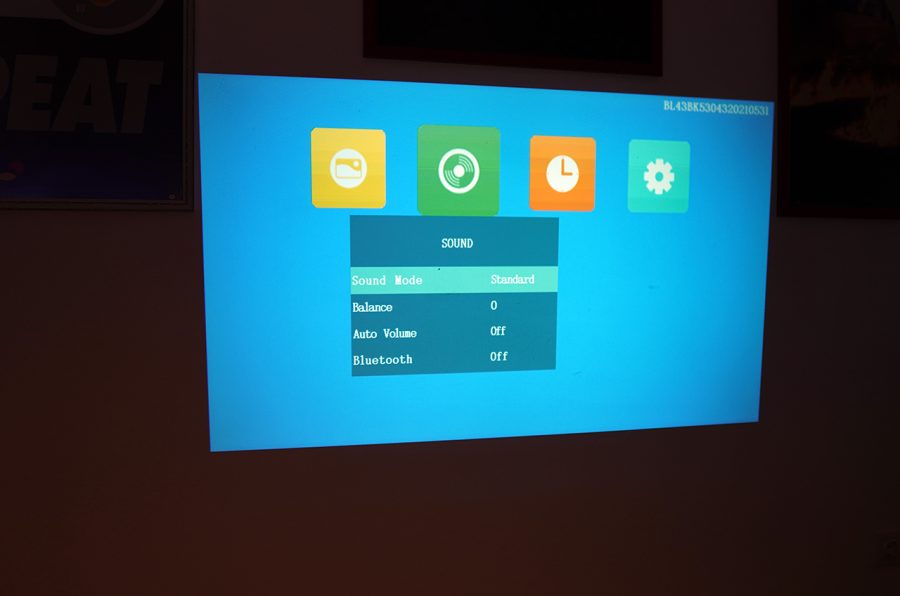 Next we find the optionfor automatically shut off the projector at a specific time, now why this trivial function needs its own basic tab ask the Chinese, not me. 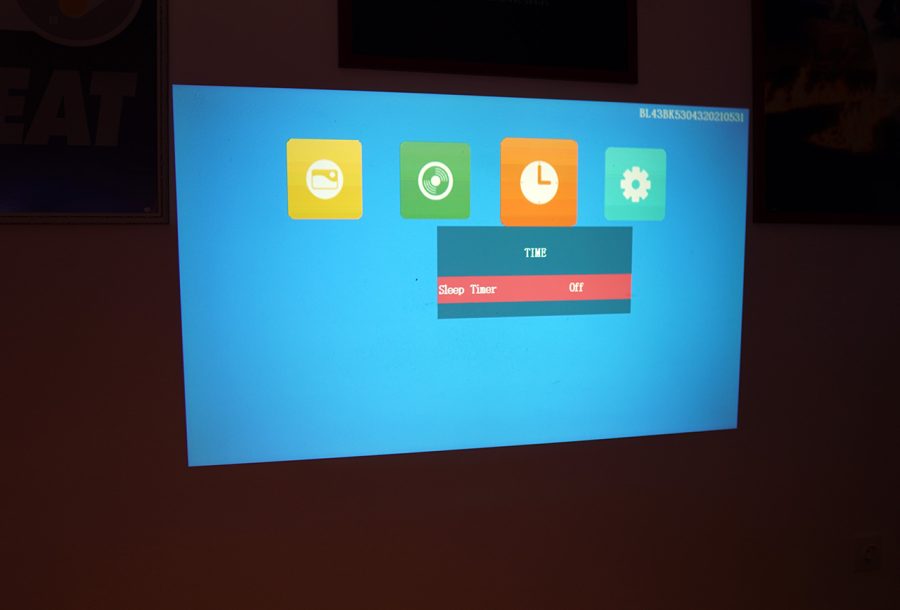 Finally there is the option tab where we find the important software update option, and believe me, you will need it. 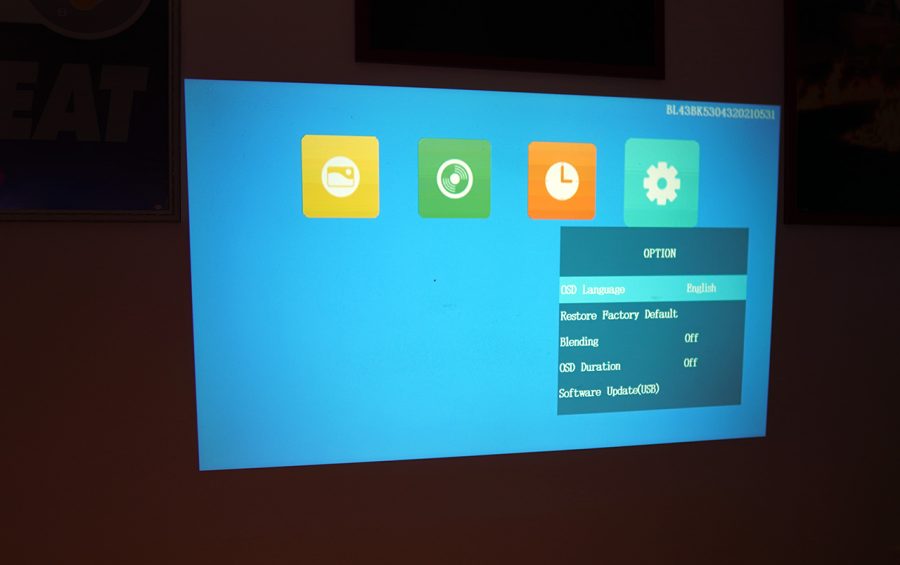 Let me mention the very nice operation of the sharing screen that Blitzwolf has and works perfectly. Also note that there is almost no lag, important. You can wirelessly share your mobile screen in a few seconds and view whatever you want, from your photos to youtube videos, etc. 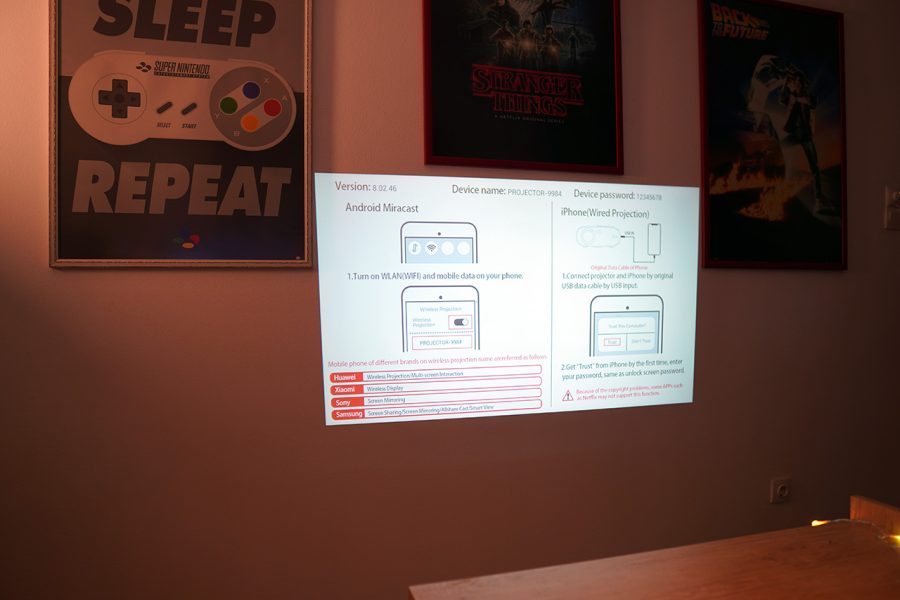 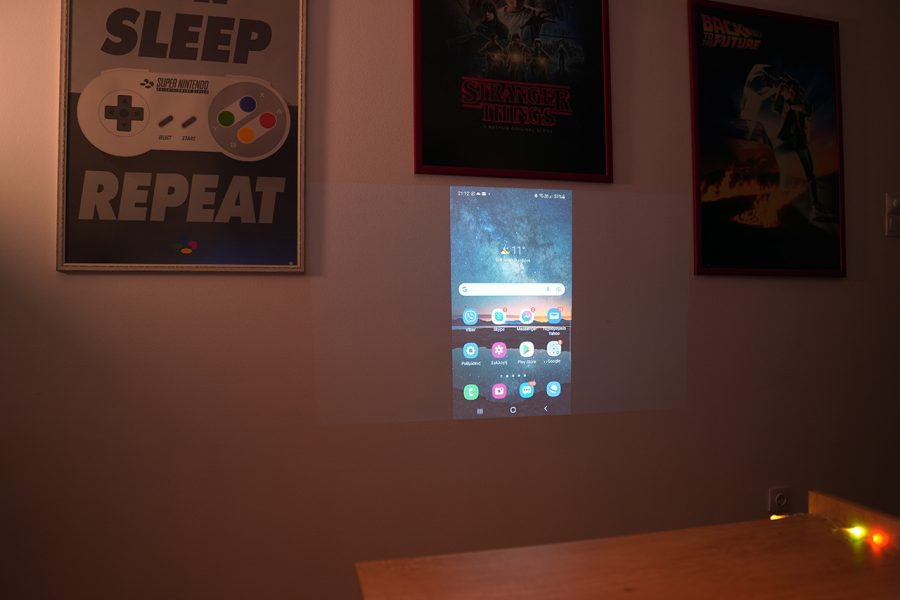 Let me start with the measurements to see what Blitzwolf really does with numbers.

These numbers are not bad at all for such a cheap projector.

560 lumens are capable of giving us a 100-inch image without running out of light, and the 1350: 1 contrast is quite satisfy. Great progress from the last Chinese I had tried is the truth.

Chromatically it is ok, it is subdued in the whole spectrum of the color triangle but not to the point that become a problem.

Its native high resolution and the fair brightness often gives us an image that is impressive somewhat, always within 159$ in our minds, let’s not forget that.

Here at 80 inches on a white wall 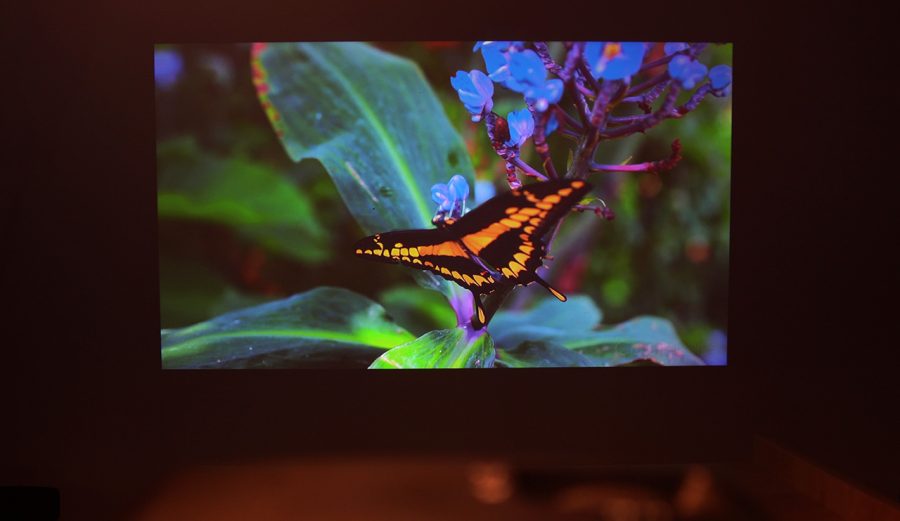 Okay, you can not call this a bad image at all.

I dared and i set it up in front of Celexon’s 100-inch ALR screen. Okay, that’s brazen if you consider that this screen is a negative gain (close to 0.6) screen and forces even really bright projectors at the limit. Surprisingly, it did not go as badly as I expected. The push of this screen on the contrast of the image helps even low light projectors, confirmed. 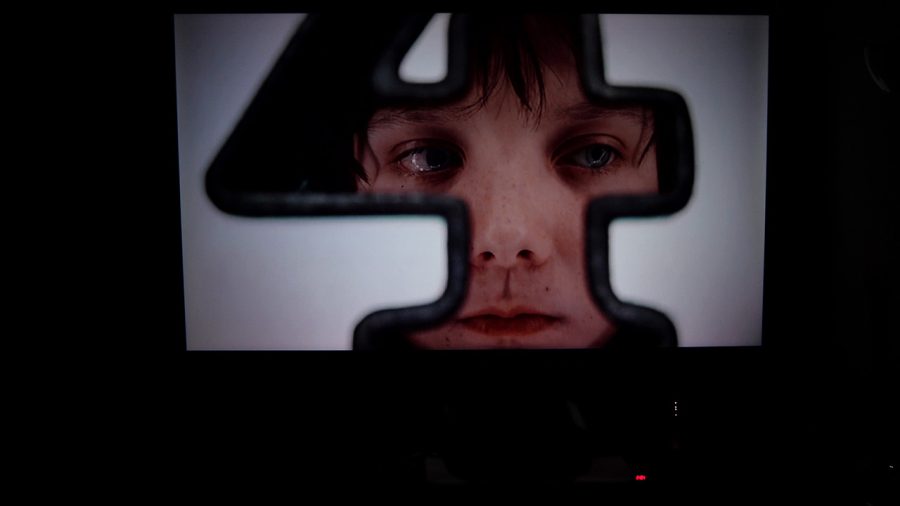 Even in dark scenes it will give the viewer the necessary detail so our eye not lose information. Do not expect performance of a “normal” projector but it is not and the disappointment I was expecting. 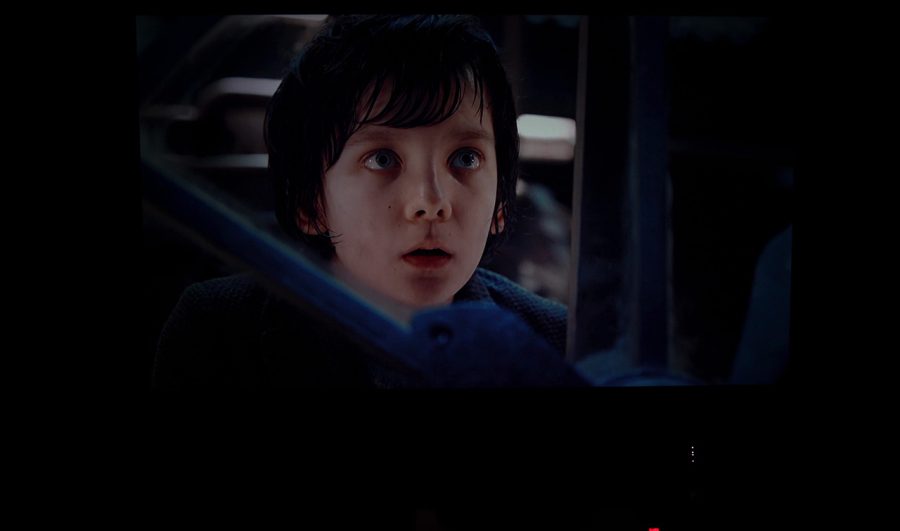 The projector has a kind of mechanical keystone which allows us to place it at an angle and project our image at different angles without loss of quality, as for example with the use of the digital keystone that most projectors have, and it works.

The only complaint is this terrified and bad quality focus ring on the lens. It takes a lot of effort to turn it and throughout the phase you are afraid it will not be left broken in your hand, but in the end it does the job. 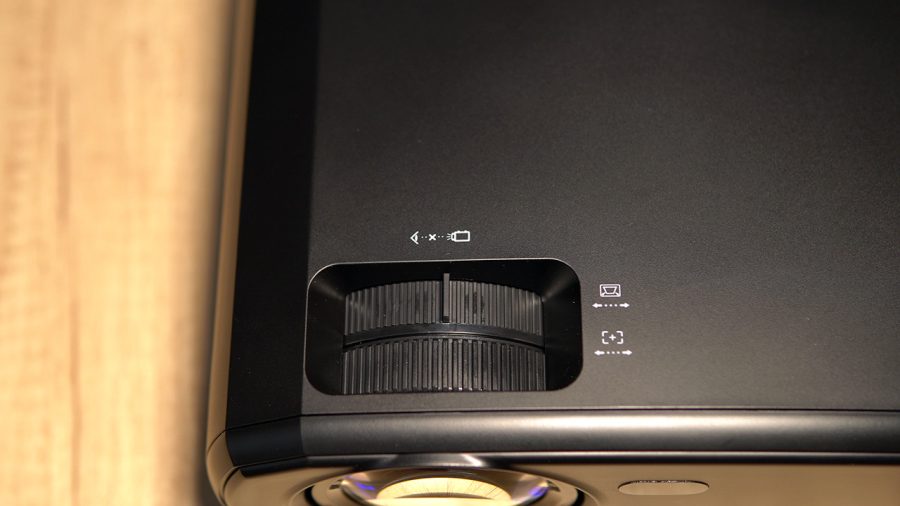 The focus is just ok, he has his subjects on the edges, but in a movie it will not bother the viewer.

Finally, the noise of its fans has nothing to do with similar Chinese models that act like trains, it is quite quiet. Do not be misunderstood, it is increased compared to the “normal” projectors on the market, but not to an excessive degree. You can sit relatively close to the projector without much discomfort.

In general I would say that the BW-VP13 is an honest projector for the money it asks. The owner will get a good idea on how thw big screen looks like, he will have fun and he going to watch his movies without any problems. I believe this is the main job of the BW-VP13, bring new people to home cinema big screen.

If someone told me a long time ago that I would say such good things about this kind of projectors, I would call him crazy … that’s why you never must say never …

Footnote, the new buyers of this projector must download and upgrade the firmware, otherwise the projector will not play properly the 60Hz.

The firmware is easily to install with a FAT32 usb stick and you can download it from here https://drive.google.com/file/d/1lT-xlFWeGv1p6EKBbPysD5Lo4DeTCC-N/view 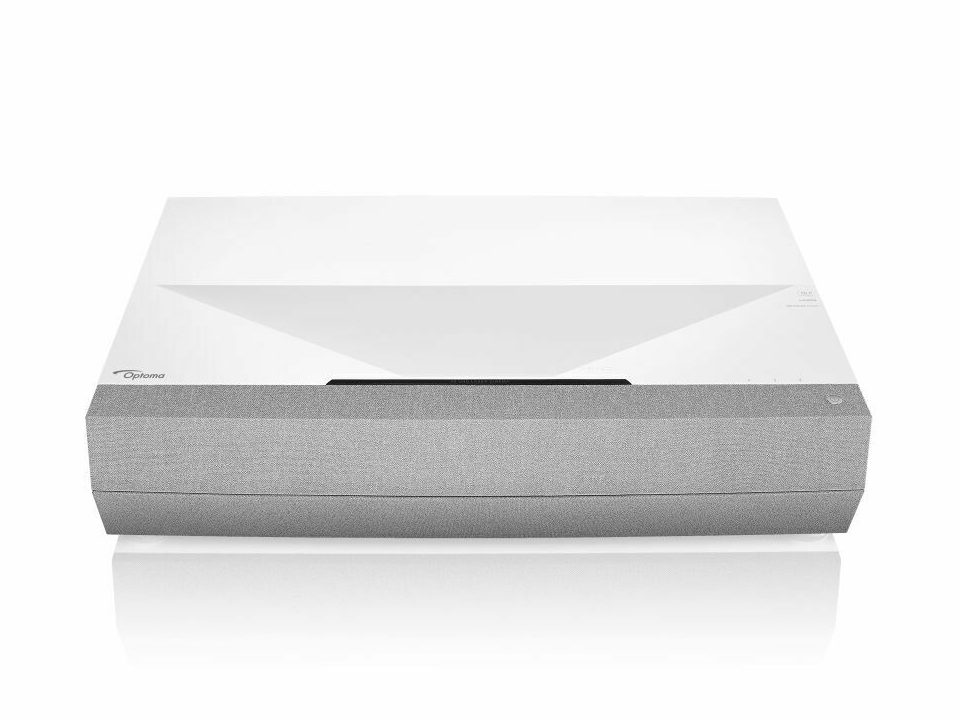