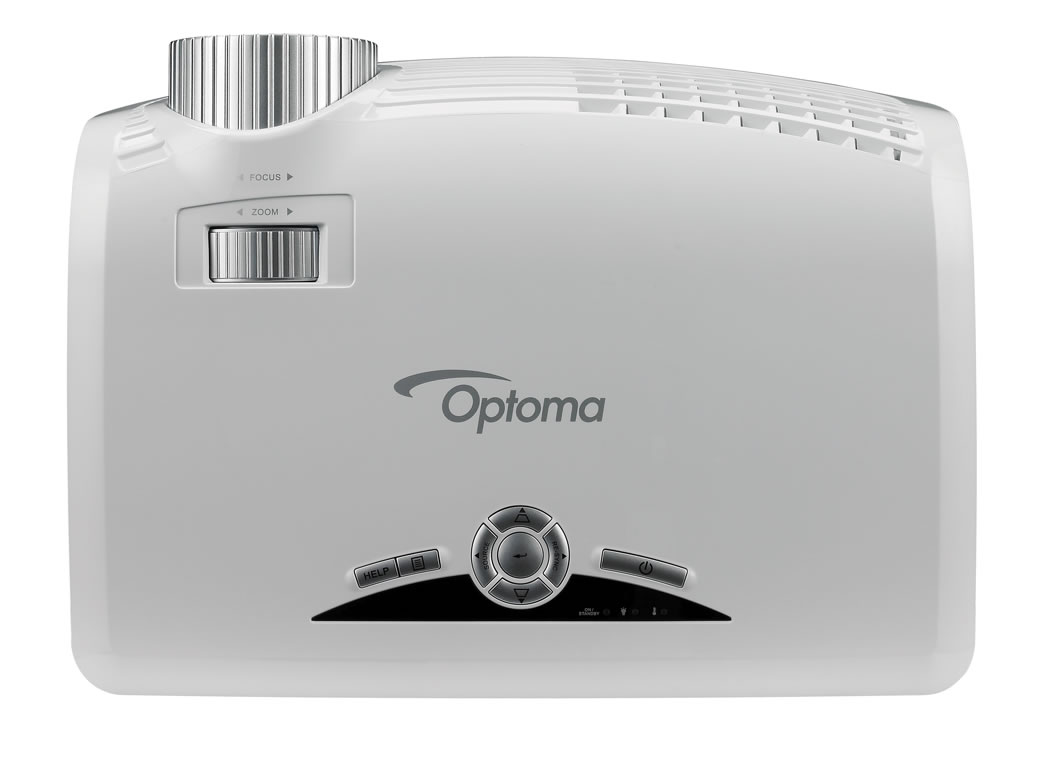 The team of projectorjunkies recently found after invitation, in a blissful (as it turned out) the new owner “small” projector, Optoma’s HD25. George contacted us and after telephone contact the appointment was arranged for review.. 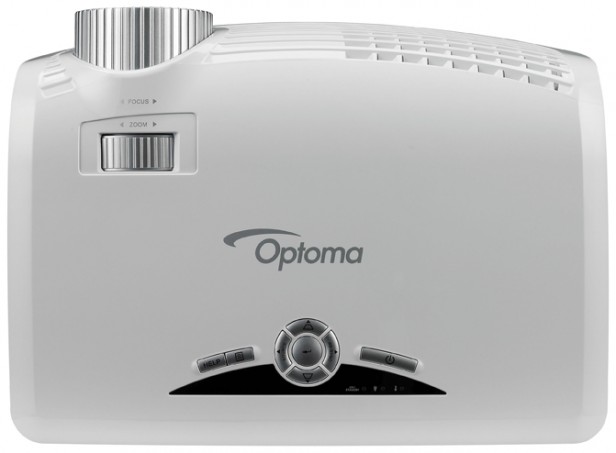 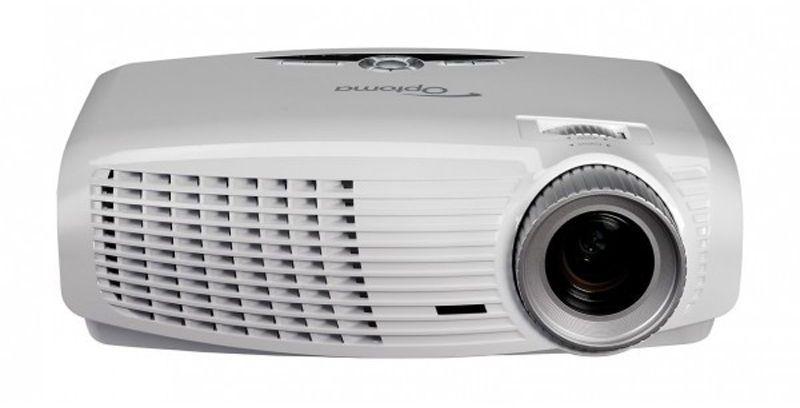 I cannot deny that having recently seen the main competitor, the Benq W1070, imagined and thought that what we would see would be something that I had seen before and that we were very close in all of these projectors in the so-called “cheap” series … XM …

Together with giannis and Panagiotis we arrived on the site of George, prepared like lobsters, with bodies under your arms and with mood alive and kicking …

There we met a smiling and cheerful man, George, who warmly welcomed us and made us feel “like home” literally from the first second.

But let’s switch to the broth which is nothing else than the small Optoma.

First finding … is really small … very small.  Almost lost in the ceiling of a living room and certainly in this help and its white color. As chassis …. nothing special …. We’ve seen before from the same company in models with a different name … anything that is unsettling … 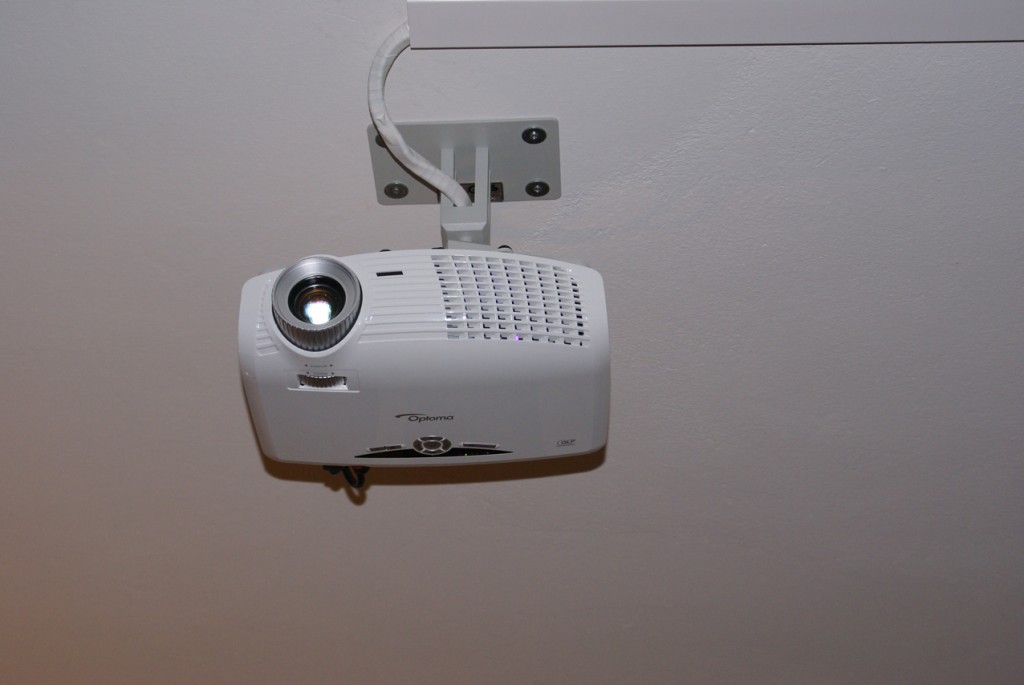 George, a loyal follower of High Definition had connected the Optoma with a Blu-ray of Samsung and from there he enjoyed his favorite movies with clean and uncompressed discs blu-ray.

Time to move on to “roast” had arrived and opened the Optoma to warm as we’d care so that our bodies to set up opposite electrical 100 inch screen complete video system of George. 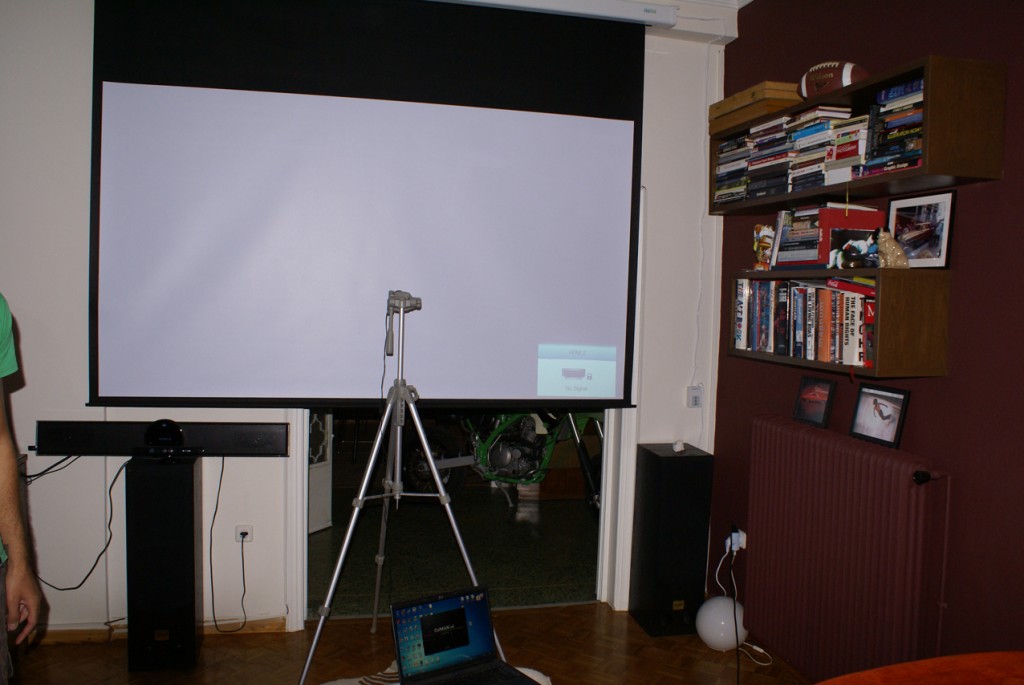 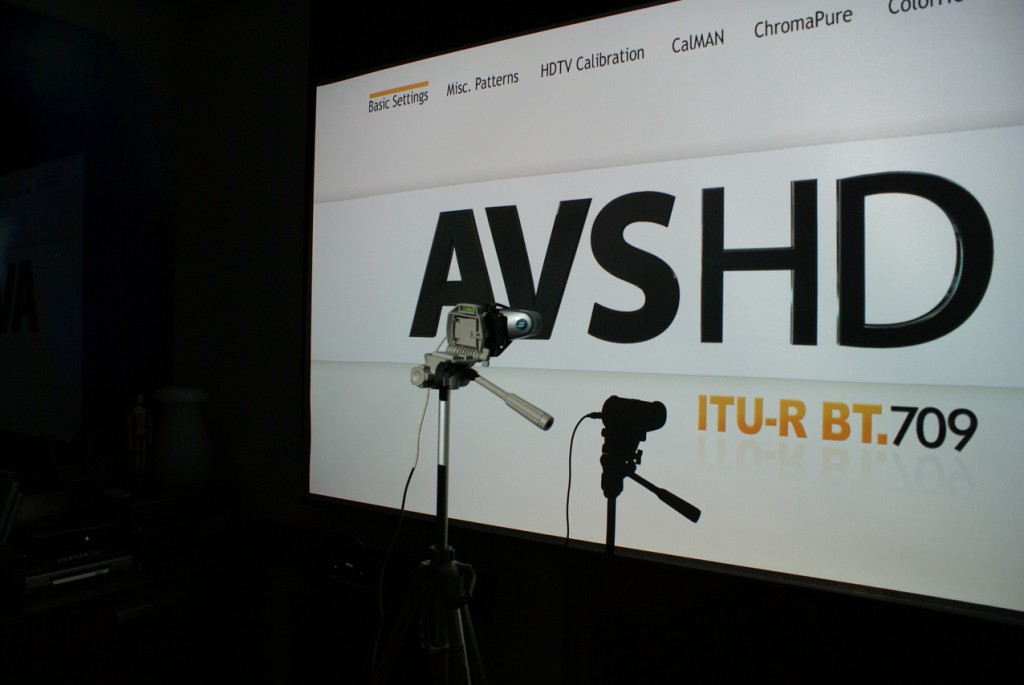 I cannot deny that our curiosity was big enough for what I see since we were integral in our minds the picture from four DLP projectors that very recently “played” with them. The Benq W7000 and W1070, the Infocus IN83 and other “Battleship” Panagiotis z21000 Sharp.

With them I would do a direct comparison, I thought inside me. and I’m not talking necessarily about comparing measurements, other for image comparison and data cannot safely show a measurement, such as the ansi contrast (contrast and tension within a movie scene viz.) and chromatic behavior that differs from projector to projector even is identical in calibration charts course in my own subjective eyes and brain …

The truth is that I though “fan” of DLP technology, I’m always cautious with new DLP models, first because of stagnation in the evolution of the DMD Chip from Texas mom, and secondly by the new “fashion” that wants to DLP models fthinainoyn exponentially year after year, month after month, day by day, like products that expire and that to put into thinking about the image quality that can now offer with current data in the field of video.

In other words, start knowing more or less what you see … or better yet I knew what I expect to see …

With the lights and closed even before we begin the measurements the first thing I noticed was the very low level of black on the cloth and the very high brightness of white! This is Thoroughbred contrast I thought from inside me, very interesting way to start the test I thought..

Measurements started and of course the first thing I looked through all the participants was the abysmal brightness. Brightness for all tastes really, because with the slider of Brilliant Color and the alternation of High and Low lamp could take literally that brightness was pulling your soul.

This projector can play with brightness within the templates from frame 80 inch up to 150, and by living-room with full reflections up to Death in an underground room comfortable. Probably not with you … COMFORTABLE!

Only with the Brilliant Color slider we measured in 100ari frame from 12fl to 25fl without even try to put the lamp in high mode.

Brilliant Color slider has 10 posts and in essence as the upgrade increases the brightness, but without interfering in the projector’s color behavior such as we have seen in too many other models that use the same buffer. Like a well-crafted incremental IRIS i.e., something that not just me liked it. .. other pleasantly surprised me!

Also don’t forget that the pseytoiridas slider (pseytoirida because in fact intervenes only in the power of the lamp and not mechanically in the path of light) which is on the menu of the Optoma with options off-low and high, have always strictly in the off position, because in any other position working as fwtorythmiko rather than like IRIS …

The projector is fairly balanced in terms of gamma and RGB, but much hotter than the ideal of 6500 degrees throughout the grayscale, something that looked and with the naked eye from the first moment. Many of the chrwmatakia also quite yperkoresmena, except color triangle. 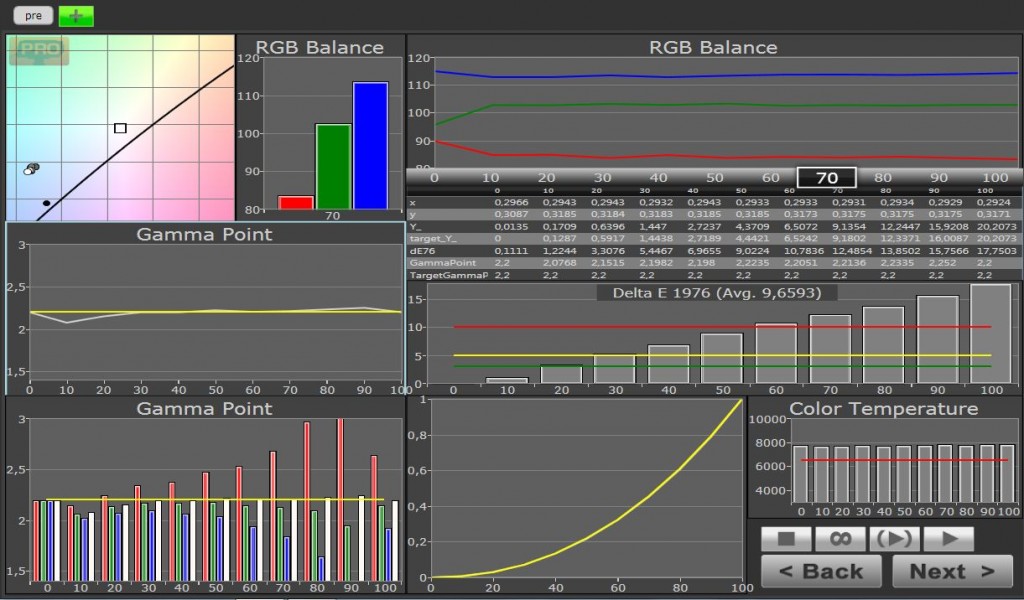 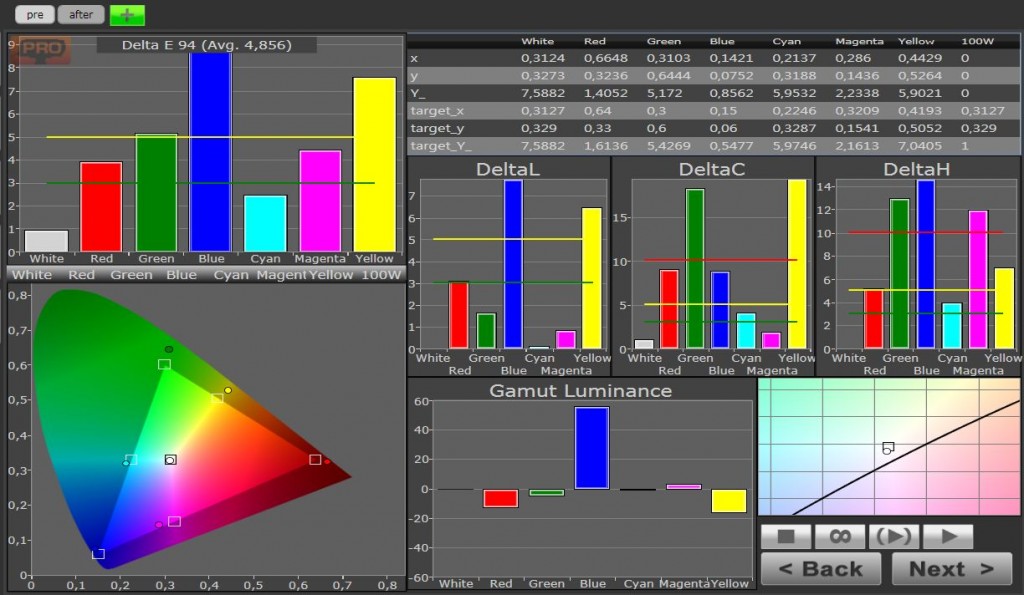 After Cana we sat and not much trouble, I would say the spotlight came and sat.; 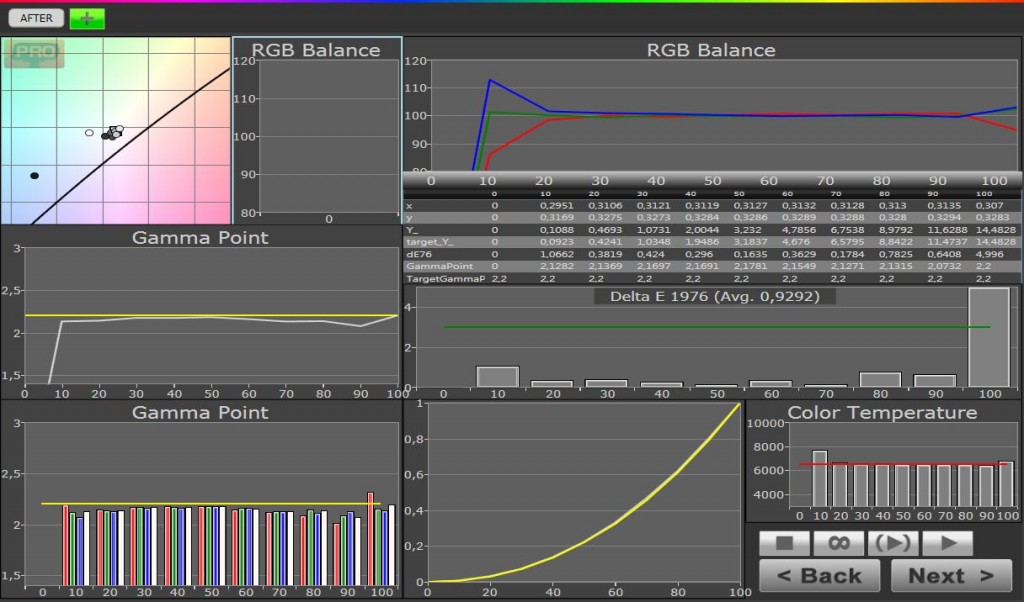 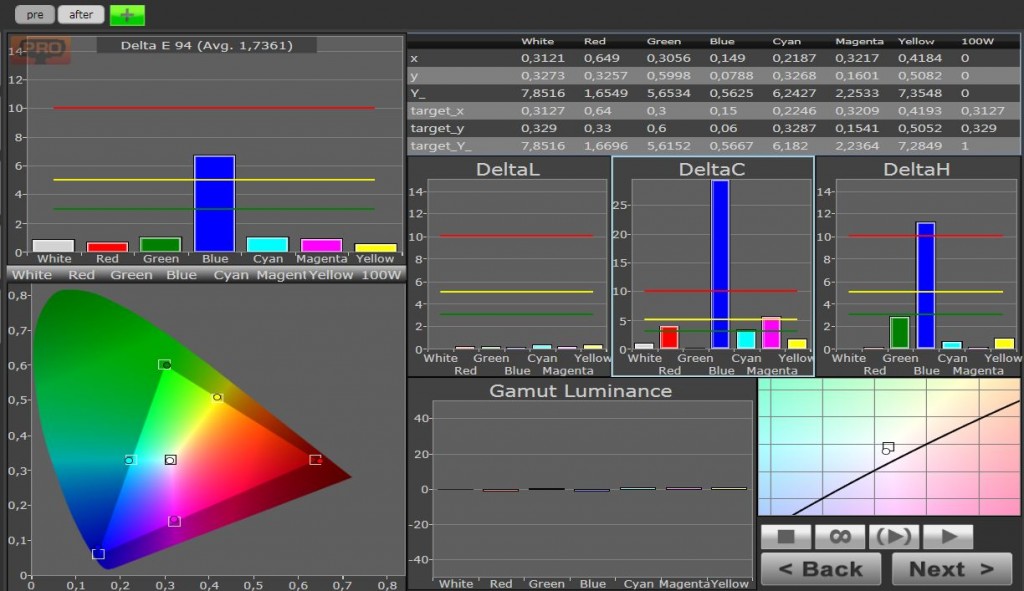 The projector’s sliders work flawlessly as you find graphs and allow you to bring the projector in amazing balance. Except only the sliders of the basic colour blue that is not “listening” as much as we would like … small up to trivial bad …

The measurement of on/off contrast projector wrote a magnificent 2000:1 (same with Optoma’s HD300X), which is very dignified (if one considers that there is no use of native IRIS) and much higher average and its competitors.

I don’t want to dwell on charts because they say only half the truth … the other half I feel lies in the image and what you see after the patterns of settings.

Here for me came a little shock that I didn’t expect to suffer in any of the cases.

The ansi contrast of Optoma HD25 is among the highest that have seen my eyes in DLP projector (attention not misunderstood … you have seen my eyes said … not that I counted). The black deep, without a trace of the veil and the colour DIDN’T LIKE behavior (particularly the skin tones!). Whites white, sunlit and blinding, how is a LCD projector; nothing to do …. 🙂

H do not move in lock 1080p 24Hz characterized as good, within which we have grown accustomed to the latest DLP deployments. Frame interpolation or goodies are missing from menus of HD25 (poorly for us, because we are interested in several prospective buyers in the video)

Completely subjective and solely with my own criteria, I would say that performs better in most areas of the Benq W7000 and W1070 and snags in the Sharp angle Z21000 (here the 5 chronakia and the many hours you may play their part), except where the definition is Sharp to show heavy weapons (see Konica minolta-lens). Bows for me only one and unique infocus IN83, other don’t imagine full bow … a skypsimataki in sign of respect … nothing more …

Of course, to call things by name, a cheap construction like the HD25, if closed 5 years like the sharp Z21000, I doubt it would work even … the build quality is still here to apply “that you pay you get.”. (except of course Epson, its own Value for money is the worst of the market)

(I must admit I like that technician very nasty experience from the cheap Optoma series in the past, due to high temperatures and cooling incomplete, hopefully the same is not true in HD25)

The projector however, despite the very cheap construction, is certainly the one that I would buy if I needed to choose one for my Salon tomorrow morning and have a limited budget because of the amazing and my tastes.

What in CRS @ t @ have put in there in this tiny Optoma engineers chassis is something that I do not know … or rather I know … others can’t understand how can returns so.

You’ve ever needed to cook the same food with the same formula, the same kitchen and a time to be delicious and the other not eaten? Well the mechanics of Optoma with cooked recipe that everyone knows and went something … much tastier than usual!

For me personally, there are two kinds of projectors, and I’m not referring to technologies and models.

The small well Optoma belongs to the first category …

Some screen-shots like icing on the cake (attention, from photos we can’t draw safe conclusions about the image a projector) 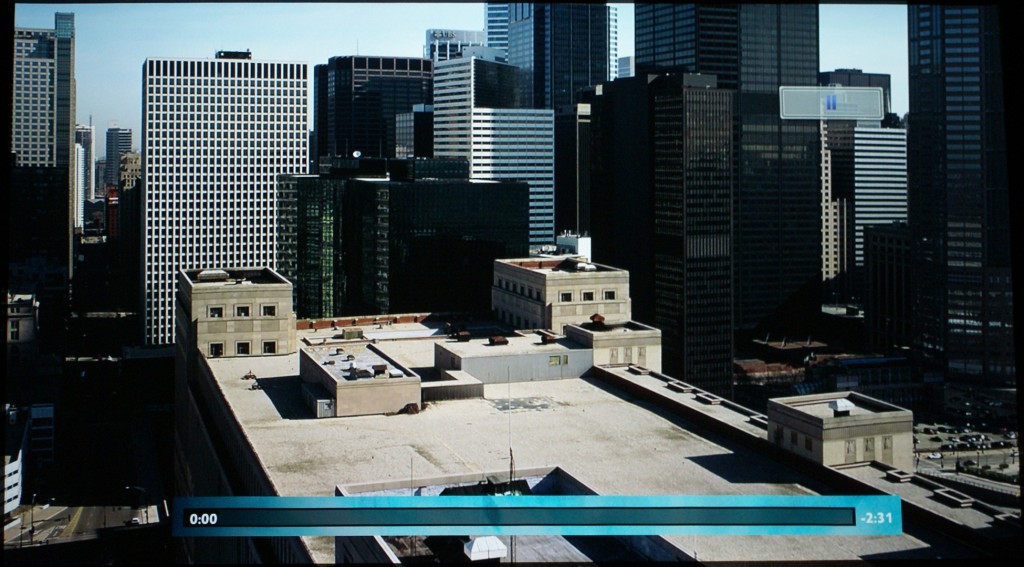 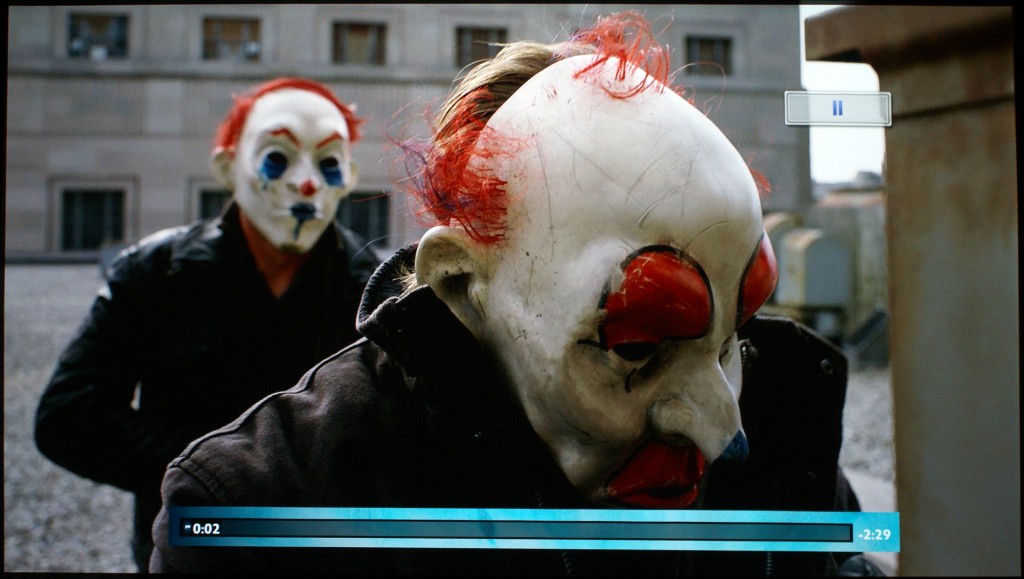 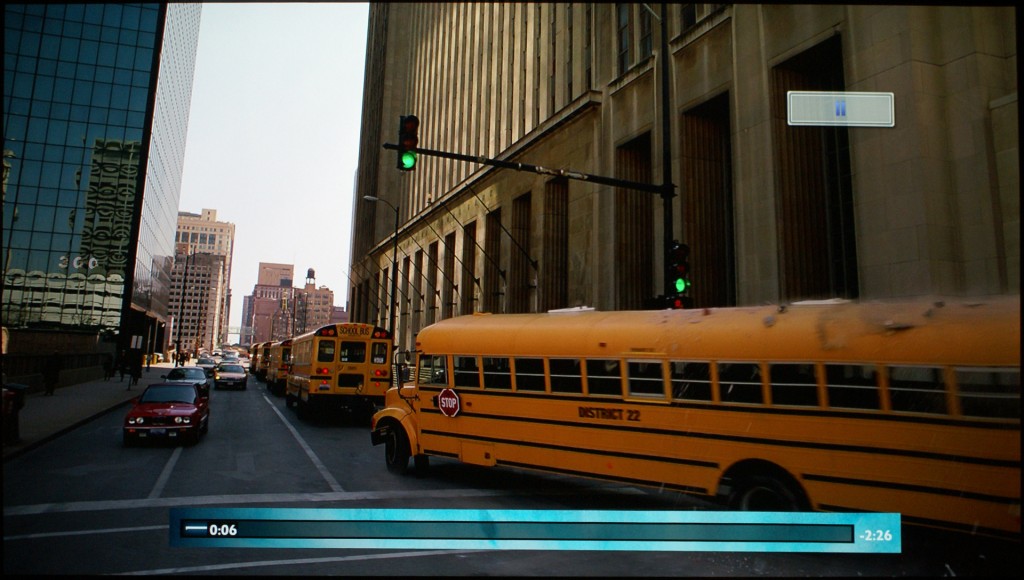 With no 3D at all since we have glasses did not exist, but also because George probably has the same view with us on 3D, namely that it is small and not marketing for remarkable feature of our projector.

Two black spots that I want to mention for formal reasons. Firstly the wrong placement of the sail and the projector with effect parakentri show with immediate effect in good focus from edge to edge of the image (we are talking about small bug and not something that pulls the eye) and secondly, a slight color variation that had that particular piece of Optoma (so I think) in the lower-left corner at the light. Don’t imagine nonuniformity LCD projector, talking about something that only “sick” like us will be observed and would comment on it. Of course, I believe that this slight variation will “fizzled” as adding hours to the new (27 hours) HD25 lamp (or more rarely … will get worse …).

George thanks for the invitation and for their excellent hospitality.

For that you need help in the future, and we can to offer, we are here to have your mind.