The new arrow in our quiver 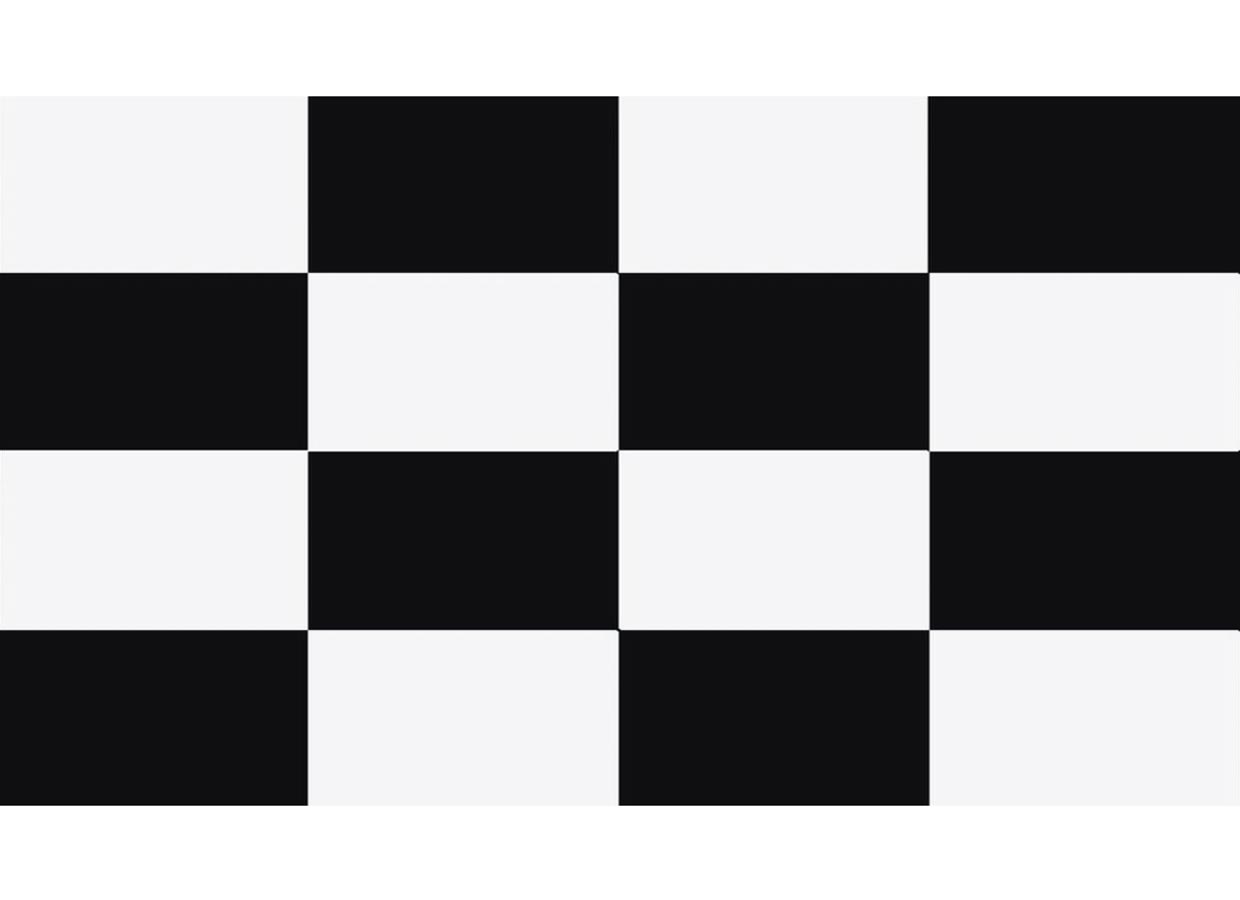 In this article we will talk and we will explain concepts such as ansi and the on/off contrast and what their significance to the picture.

Many times we hear these two terms, and many of us do not know their exact meaning.

Ansi measurement made with the following pattern, which coexist white and black at the same rate in the same image (50% white and 50% black). 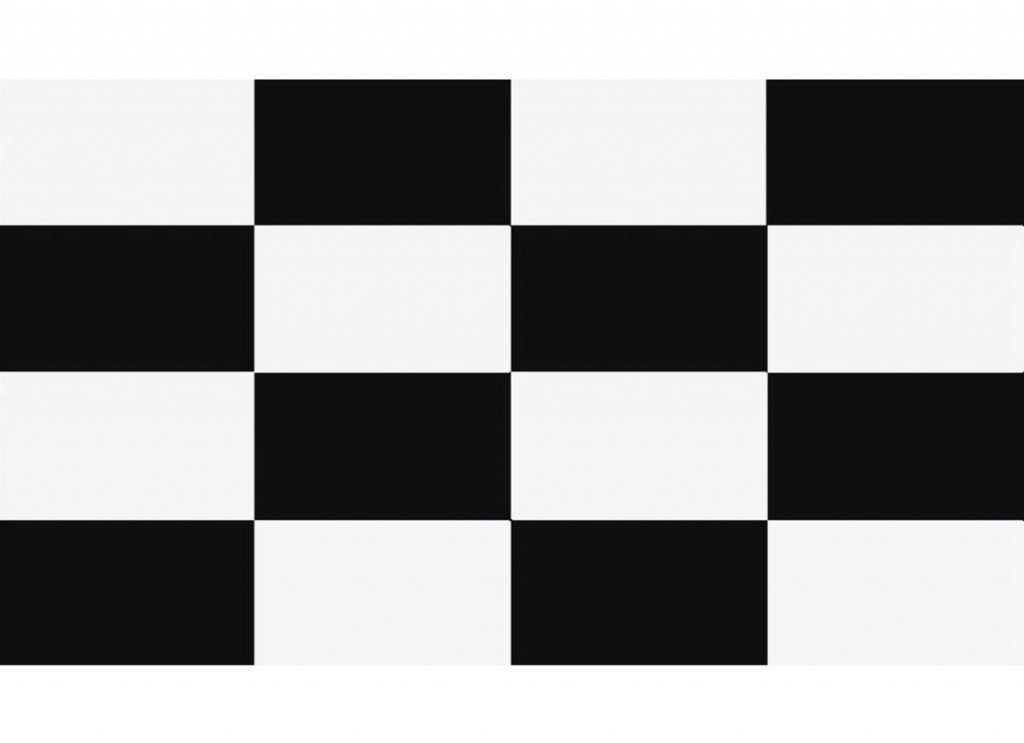 And measurement on/off the we carry out with two different pattern, absolute black and absolutely white on two different images … 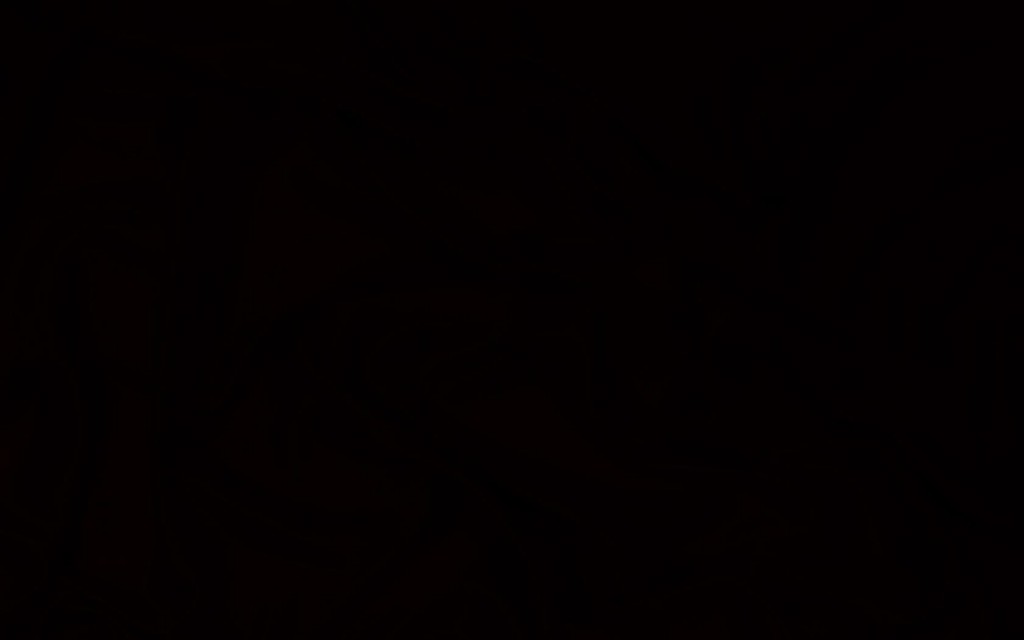 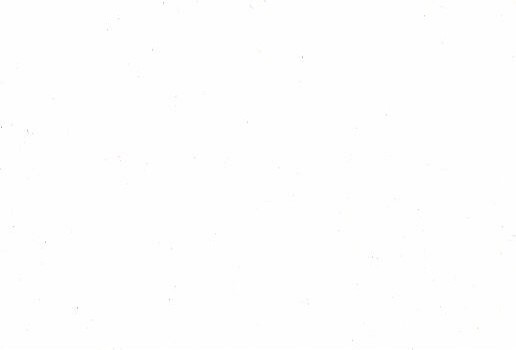 As you understand, what you would see in a mostly random image film is the ansi contrast and not the on/off, because the scene contains at the same time other black and white spots. There is no movie scene that is completely black or white. But is it so?

To look a little bit deeper …

To ansi contrast has to make in how it behaves when the headlamp has to manage white and black in the same image, which each occupy 50% of the image. As we fall into the white rate, so the on/off is starting to play a bigger role. That is precisely why there is always informal conflict if in a dark scene is the high ansi of DLP or high on/off of SXRD/LCOS/LCD. The answer is depending on the scene.

If you want to compare the numbers and measurements between ansi contrast and on/off contrast will ascertain that in substance with paraplanomaste numbers that announces each company or even better with the numbers that count, let’s see why.

When a DLP projector Announces or measure 600:1 ansi contrast, in essence we are talking about the difference between white and black when these two are included in the same image by 50%, others with specific measurement pattern containing 8 white points and 8 points, our famous black chessboard (first photo). Assuming you keep the ratio 50% black and 50% white but not with 8 points for each … but 2 for example. then dramatically changed the measure we take course upwards …

If the points do 16-32 each then the measurement gets instead the Katyusha. Arguably, though, you wonder. Why is this happening? Again 50% brightness we haven’t since we maintain the proportions of black and white?

The answer is that the contrast ratio is falling because it is affected by the phenomenon of blooming. Blooming is the diffusion of light in dark areas of the image by reducing the intake of contrast. In the example of the standard and unique record is accepted as ansi contrast from international organisations (i.e. the classic chessboard with 8 Black 8 white squares), the measurement will take with our sensor is made from the center of each square. As understood, the distance between boxes decreases dramatically to a record with 32 or 64 black and white squares with the blooming effect to make his appearance and the contrast of the image plummets. It is understood that the blooming works one-way, i.e., the light ‘ destroys ‘ black and white are not affected by the adjacent black boxes. That is why the measurement of white remains stable or with full white field tab either on Board (except exceptions such as plasma TVs where the so-called ABL average brightness level).

So … to see in movie scene 600:1 should the scene contains 8 points black and white 8 points that occupy exactly the same space in the picture …. thing almost impossible. Nevertheless, a measure with more white and black squares are closer to actual contrast scenes, since our movies have been mixed and irregular brightness content resulting in such contrast values don’t hardly ever see. On the other hand, during the movie and accordingly of the scene can look and much greater contrast than the above. E.g. When the measurable black is located at one end of the frame and the corresponding high luminous information at the other end, there you realise very high contrast. As we bring near the white and the black, the contrast will be reduced. Think like water and fire, each struggling to prevail by preserving its qualities.

The above example reply and in reasonable question of why no high setaroyme white (highest brightness) in order to recruit more contrast. Because, in mixed content scenes will spoil proportionately and with greater intensity black us destroying the contrast of the scene because blooming (contrast intrascene). Among other things, this is practically impossible because lifting the white, lift us simultaneously and the value of our black. There are no magic ways variable contrast and any use of mechanical or software instruments for achieving greater, than the native, contrast carries side effects in the final result.

The so-called contrast intrascene, i.e., kontrast scene is the only one that has practical value. The real contrast of our probolikoy under real conditions. Is the actual race!! The paternakia are only simulations that give us some values in a specific way in order to compare the performance of projective in this area. Therefore, in any case we must not delude ourselves with the inflated numbers of companies, on the other hand because most of times is misleading and false and, secondly, because it made under specific and stable conditions to consider only a particular parameter by ignoring all the rest of contrast intake during the movie.

Let us come now to the “juice” of the case.

The ansi or the on/off contrast is responsible for better visualization of dark scenes;

Clearly and on/off. The larger on/off (carefully, talking about native and not using a dynamic IRIS) so we have deeper black would look. Also as best black possesses the projector so better gradations of gamma will see in dark scenes. In practice, what we will see, if not it will contain more information, it will visualize the nearest as possible to what you wrote the camera during the film’s production.

In dark scenes, King is the on/off contrast with the ansi helps not anywhere at all.

After many hours of measurements, projections, discussions and findings, we can say with relative “ambiguity” and somewhat grocery store (just to give an order of magnitude), that 60-70% of a film makes use of on/off contrast and the remaining 30-40% using ansi contrast, existing course and some intermediate stages that the on/off and ansi contrast almost balanced.

Quote scenes to be understood.

Classic scenes that will see better in high contrast ansi projector, we always talk in terms of contrast and not color. 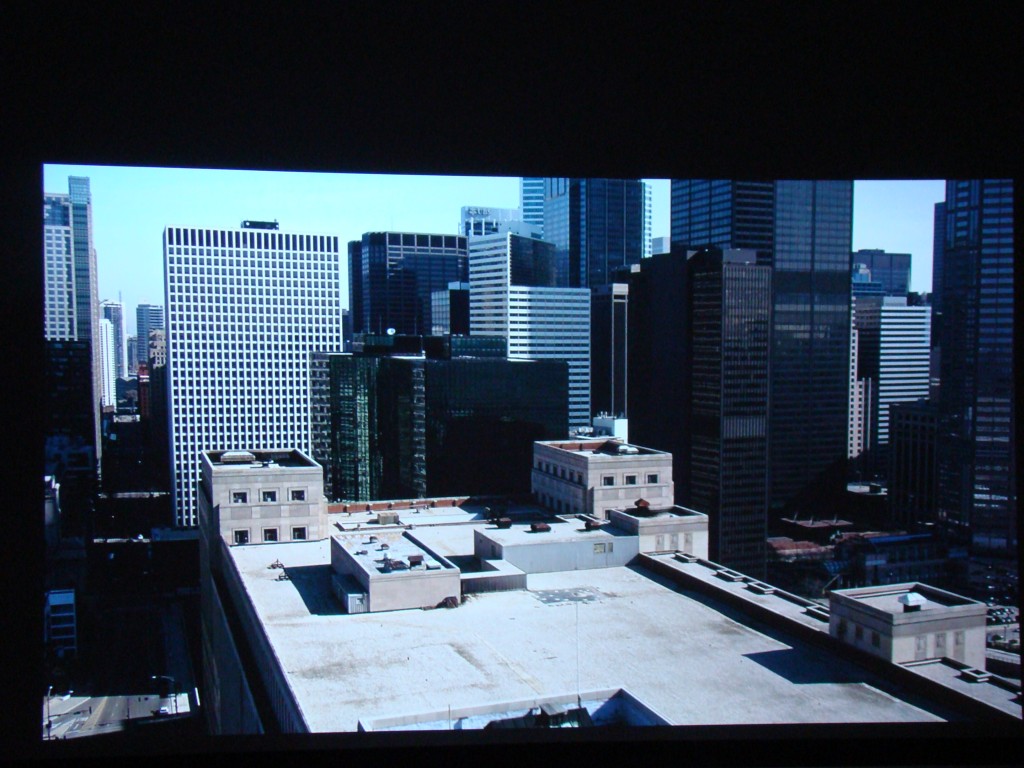 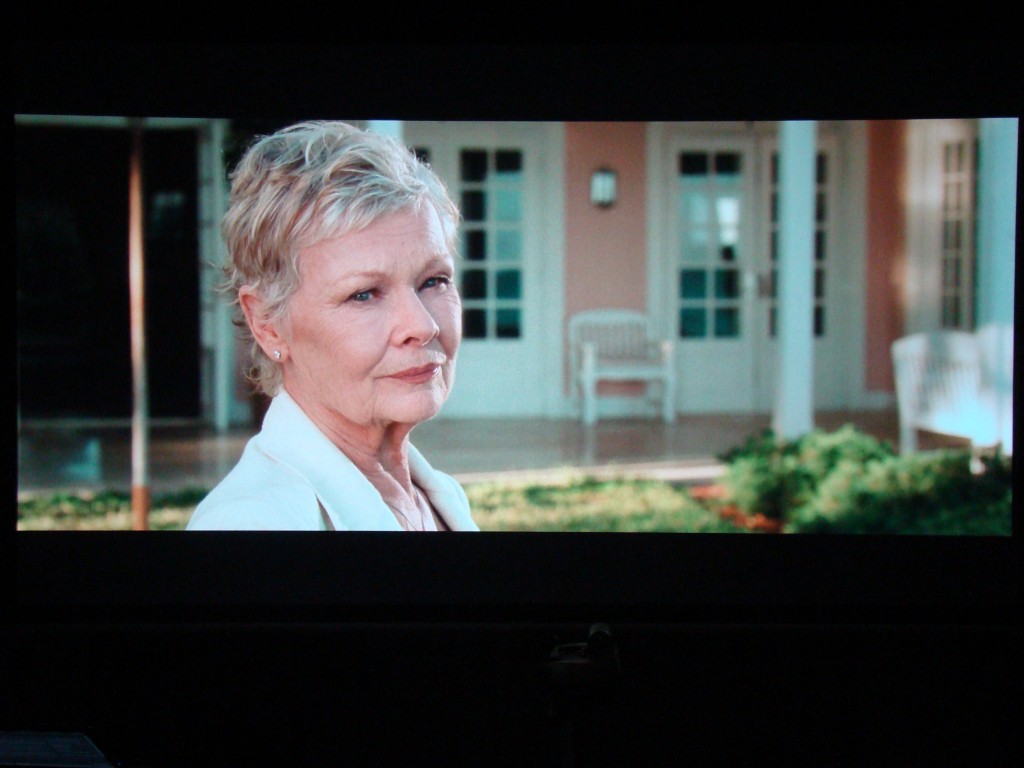 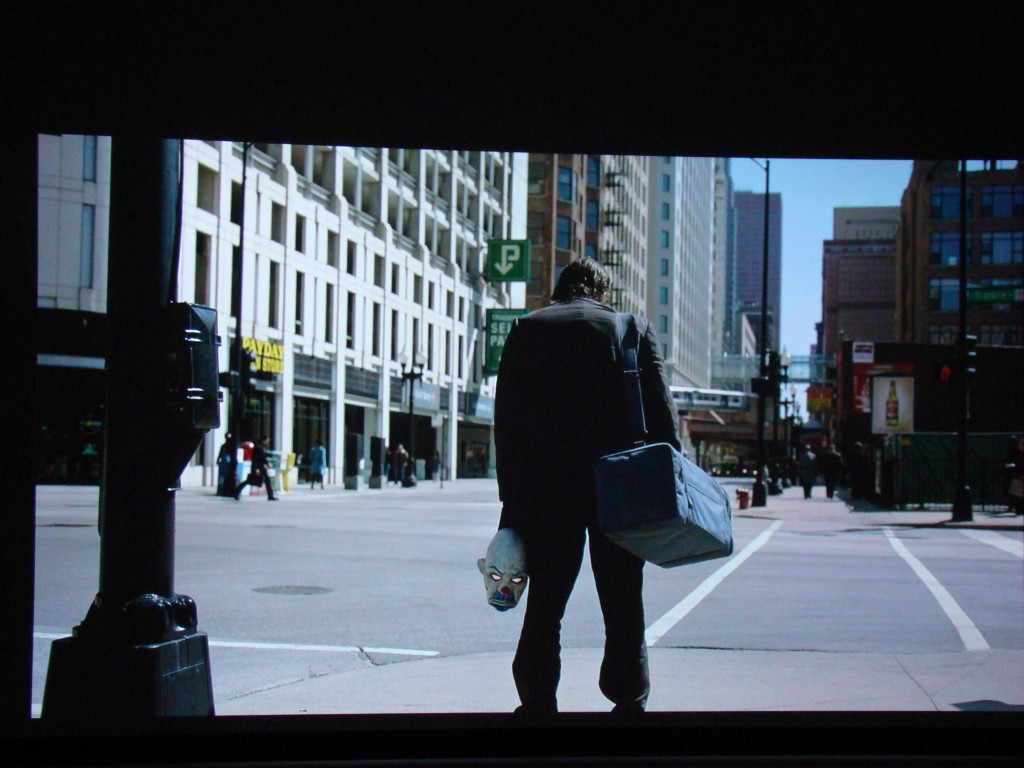 Scenes that the ansi and the on/off balance in a way between them, without any of the two should take precedence (if any was overpowering, this would be the on/off, because the scenes are closer to it) …. 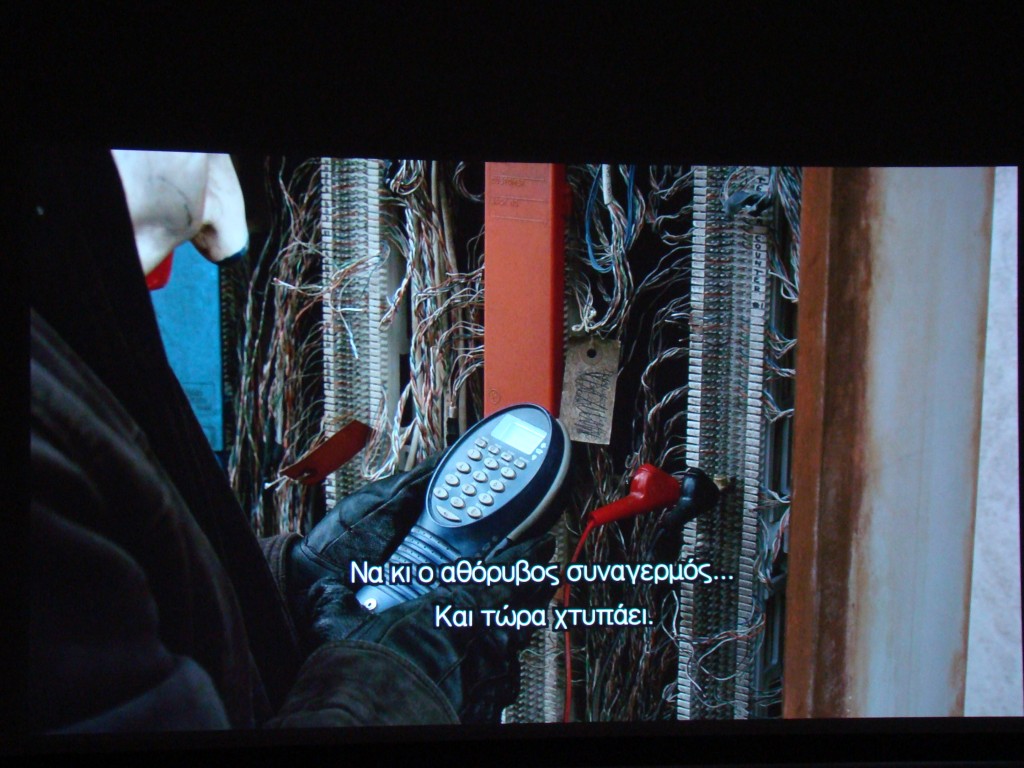 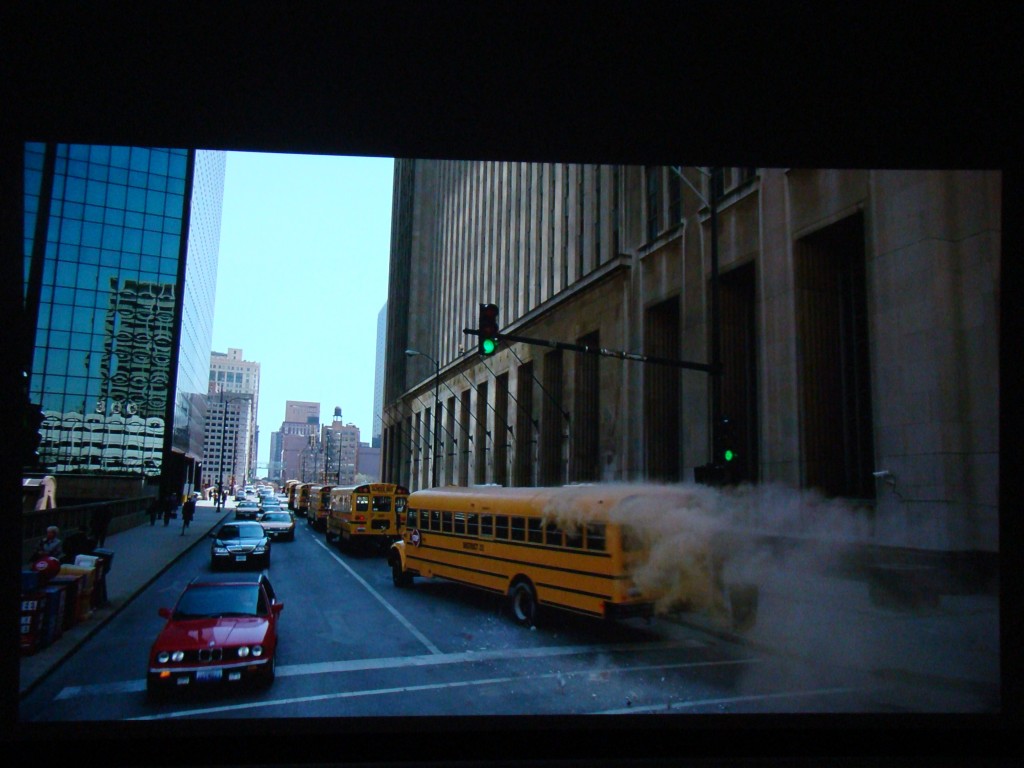 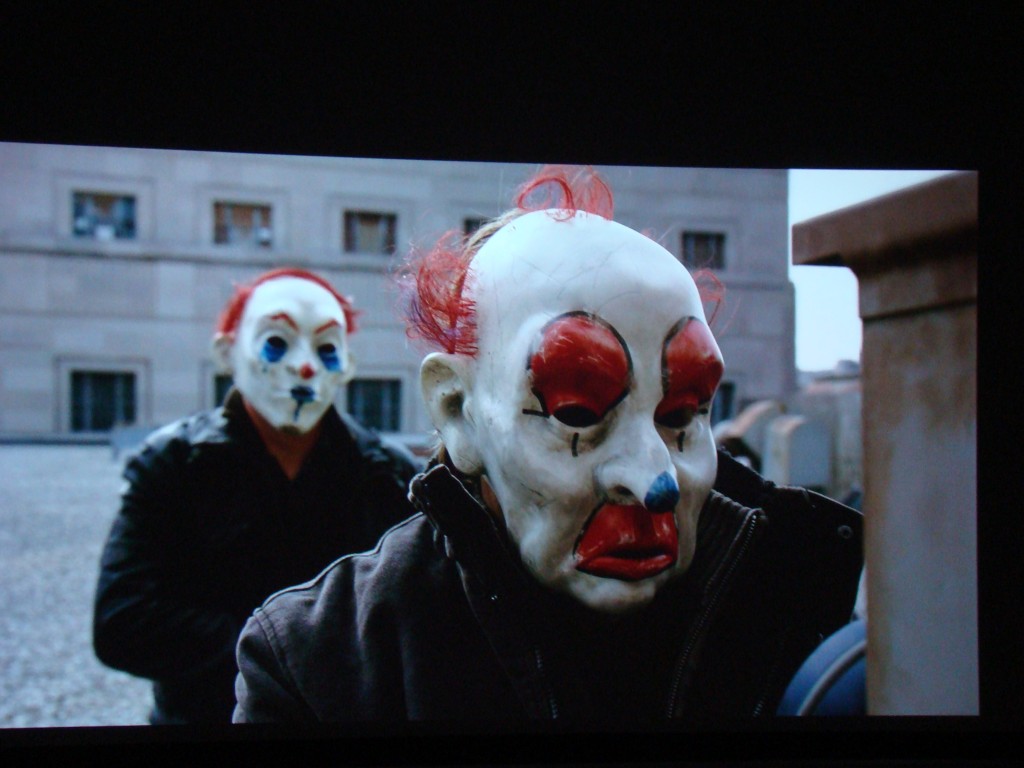 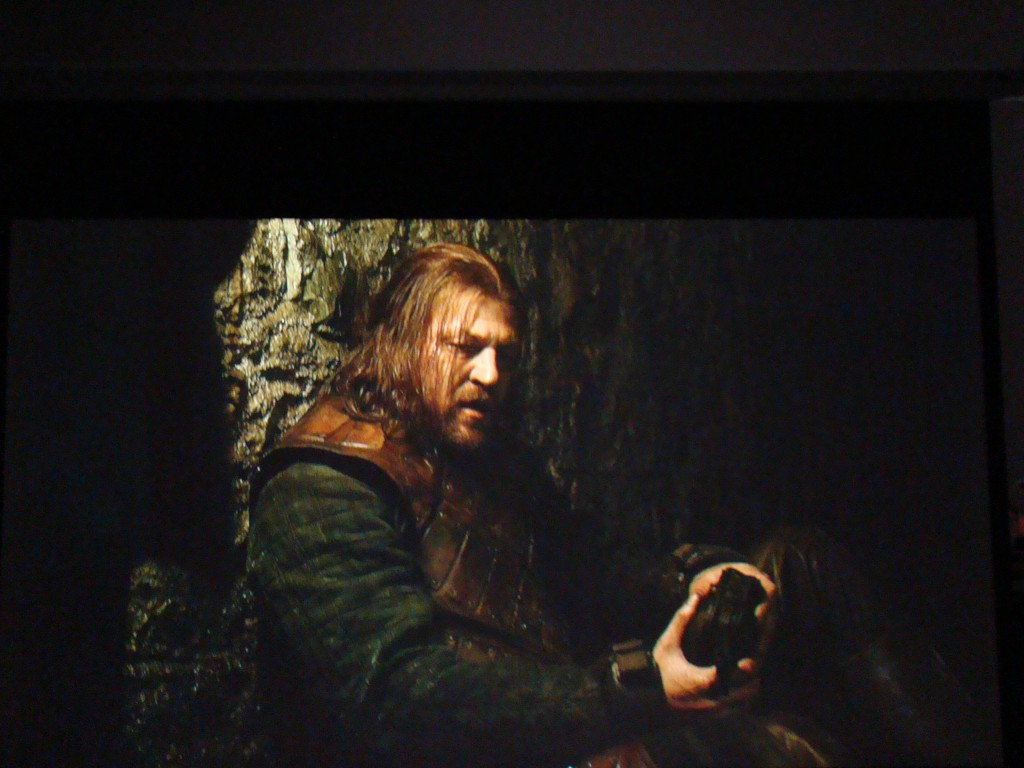 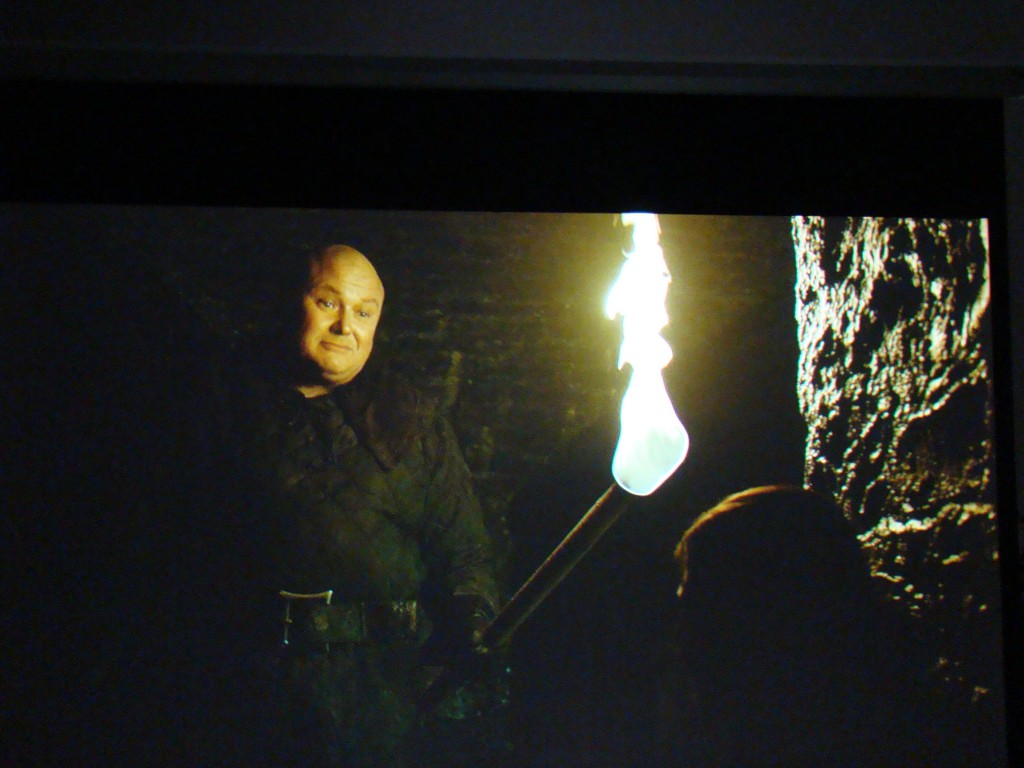 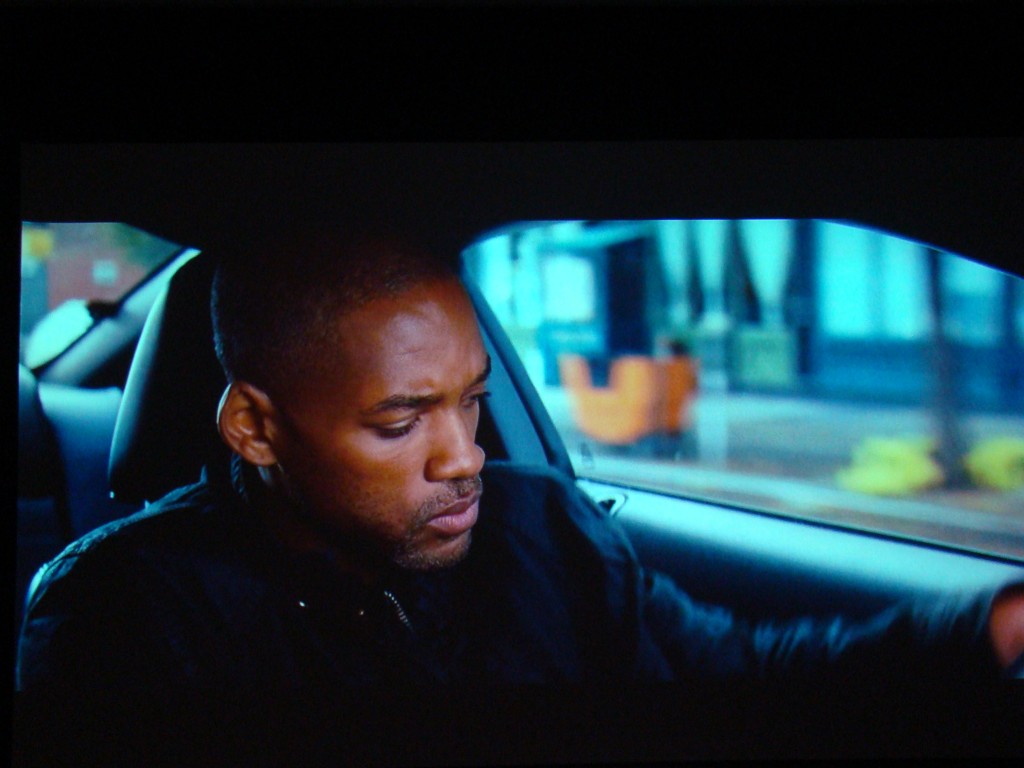 In general terms we would say as a general rule, that of medium brightness and scenes on the ansi begins to have the upper hand, while vise versa by mid-speed scenes and down the on/off characteristics prevail and globally.

Characteristic for their high ansi is the DLP projectors and for their high on/off the SXRD/LCOS. The LCD oscillate somewhere between … without impress especially in any of the two sectors.

I hope the above article helped to partly understand the concepts of on/off and ansi contrast. Of course things are considerably more complex and could extend deeper into the topic with complex concepts, others the purpose of this article was to help you understand the simple differences of contrast and not to confuse you or make you even more puzzled. 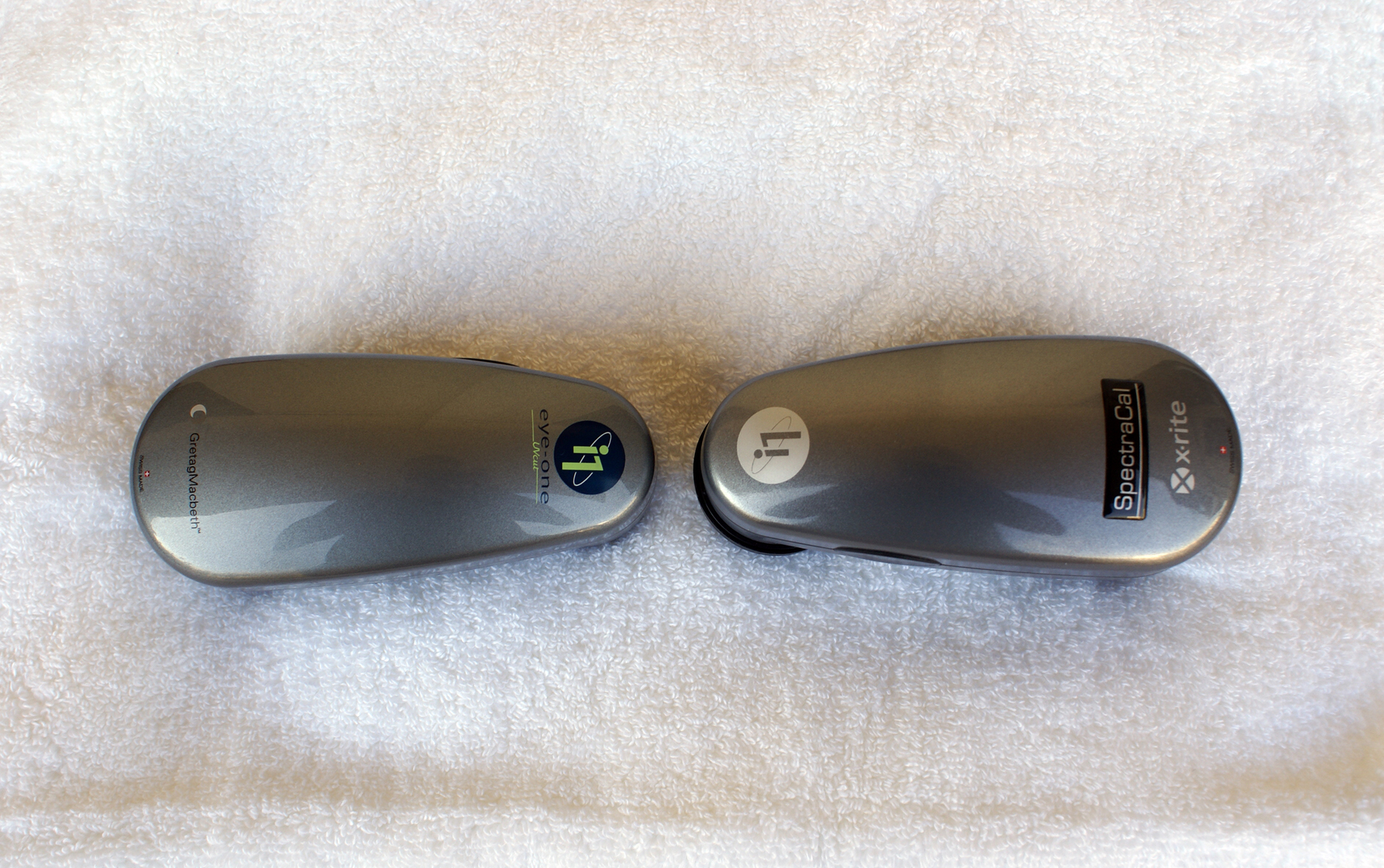 Kramer vs. Kramer or otherwise i1 Pro vs i1 Pro 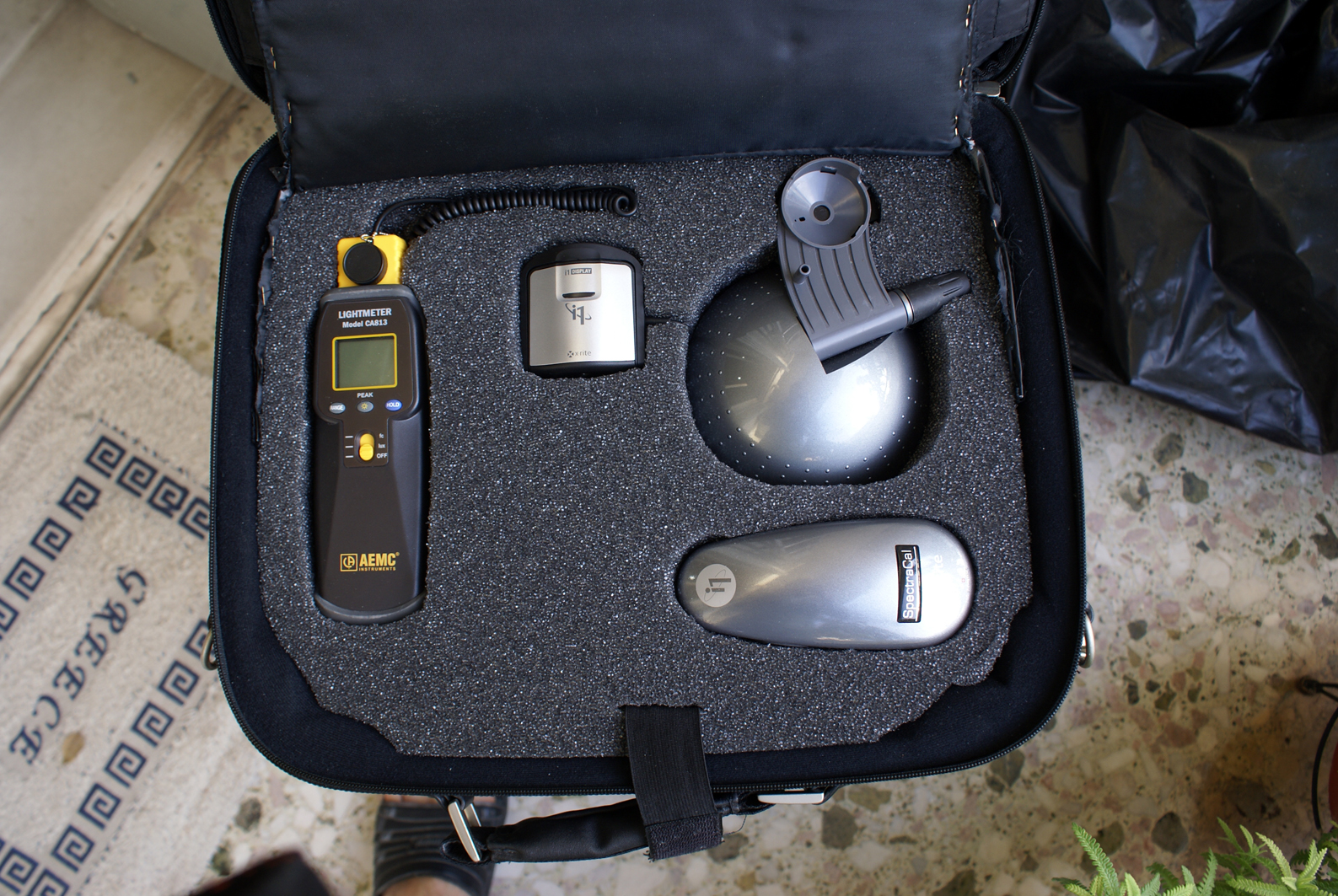 The DIY (Do it your self) gown of calibrator 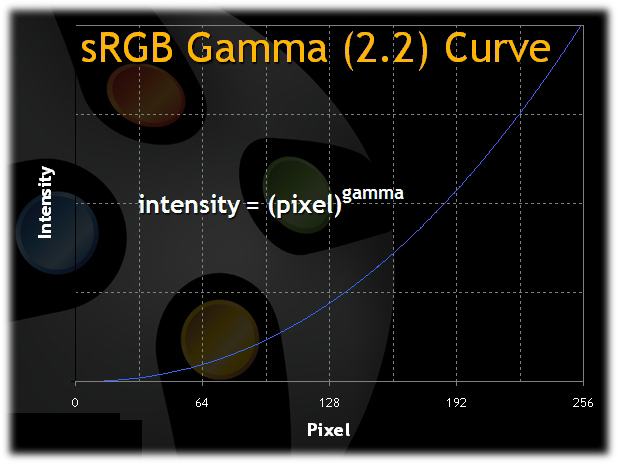 What is the correct gamma; What setting should I choose?