Dust … the killer of projectors … part I (DLP) 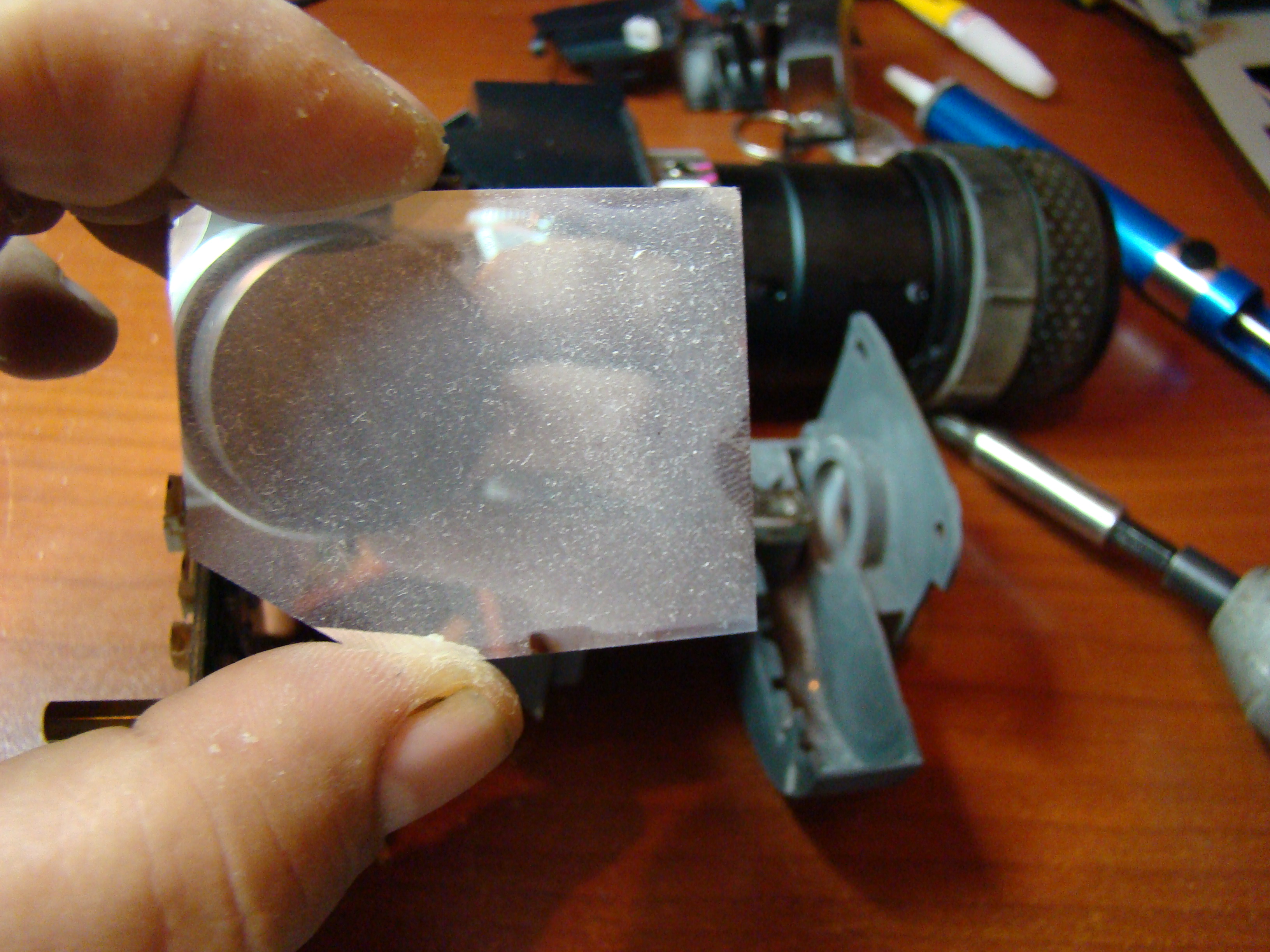 After prompting several friends-readers, we decided to write this article and say two things concerning the behaviour of projectors in time in relation to the accumulation of dust  in their optical machine.

This separation is essential, because the signs of time are causing completely different symptoms in each technology.

In this article we will deal exclusively with the DLP projectors because the sector cooling-dust-optical behavior have completely different behavior than the LCD (LCD, DILA, SXRD).

In another article you will soon follow, will deal exclusively with the LCD, DILA, SXRD.

For a start you have to say optical machines of DLP are divided into two basic categories. Those with sealed optical engine and those with non (there is a subcategory optical imisfragismenoy other best not confuse you with more info).

When we say sealed optical engine, we mean that all Visual projector after (and with) the color wheel located in shell sealed and the only contact with the outside world is an entrance light (usually is sealed with a clear-lens and the light from the lamp and the wheel) and a light output (there is sealed with the projector lens light that leads us into cloth).

The non-sealed optical engine, has all of the Visual in shell which is not designed so that closes tightly, leaving many points (the imisfragismeni leaves only the entrance of light bare) uncovered.

Without ever open projector Marantz (famous for the quality of their construction), the best sealed optical who have fallen in our perception in DLP projector is Sharp Z12000/Z21000, who possess except sealed optical engine and sealed colour wheel. 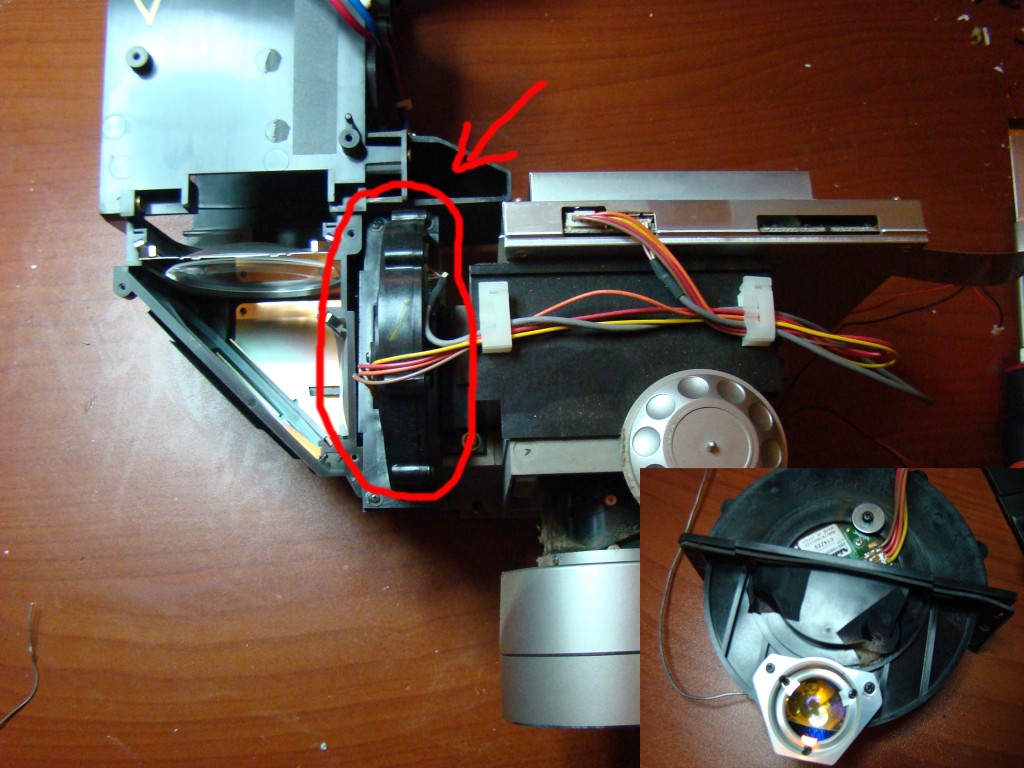 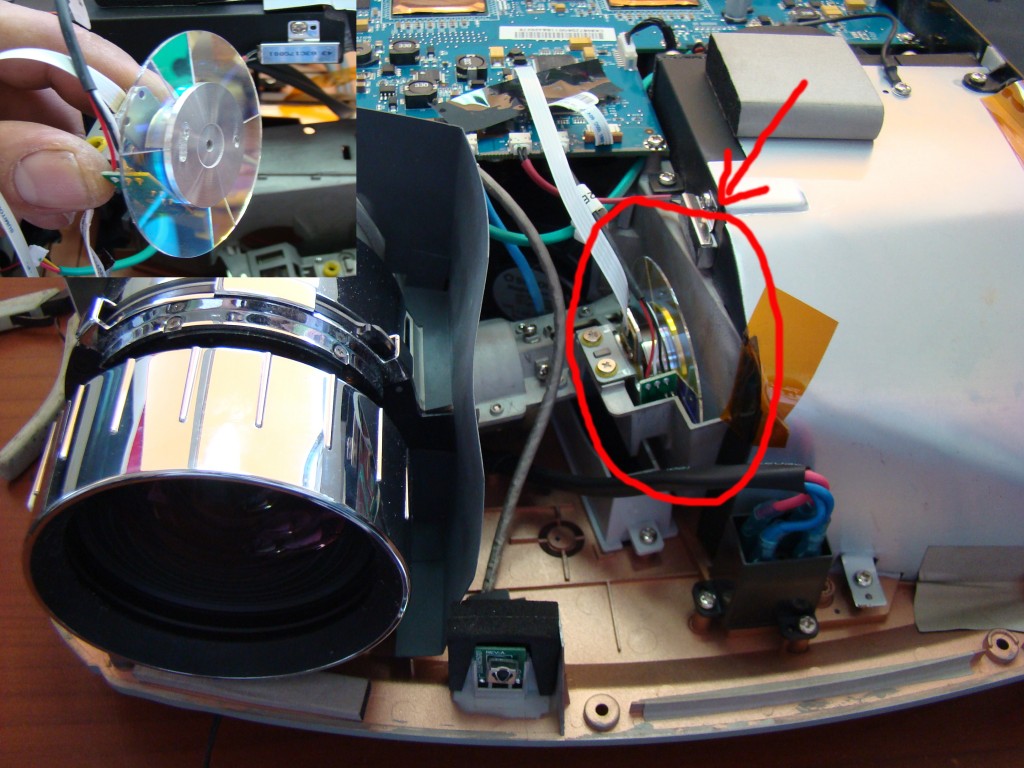 You don’t need to be a “specialist” to understand that the wheel of Optoma in a few hundred hours will definitely needs cleaning, while sharp’s maybe ever (I say maybe never, because opening a Z12000 9 years old and noticed that the wheel had no dust, how could such a seal …).

In optical Sharp machine nor the exterior light does not switch inside the …. 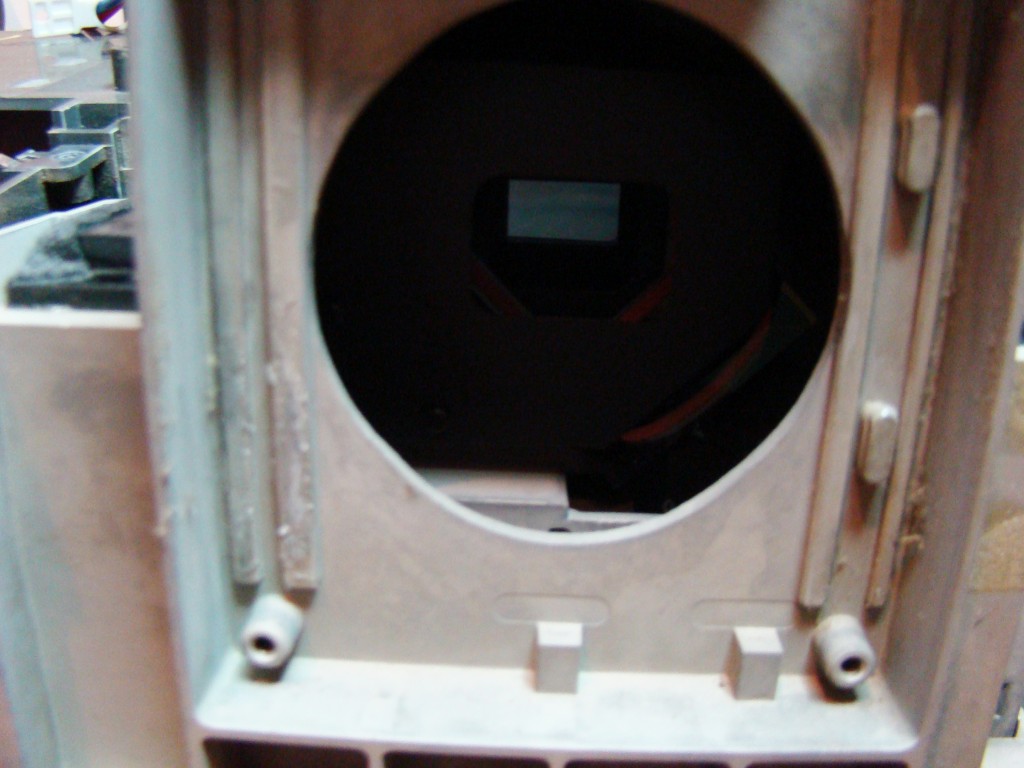 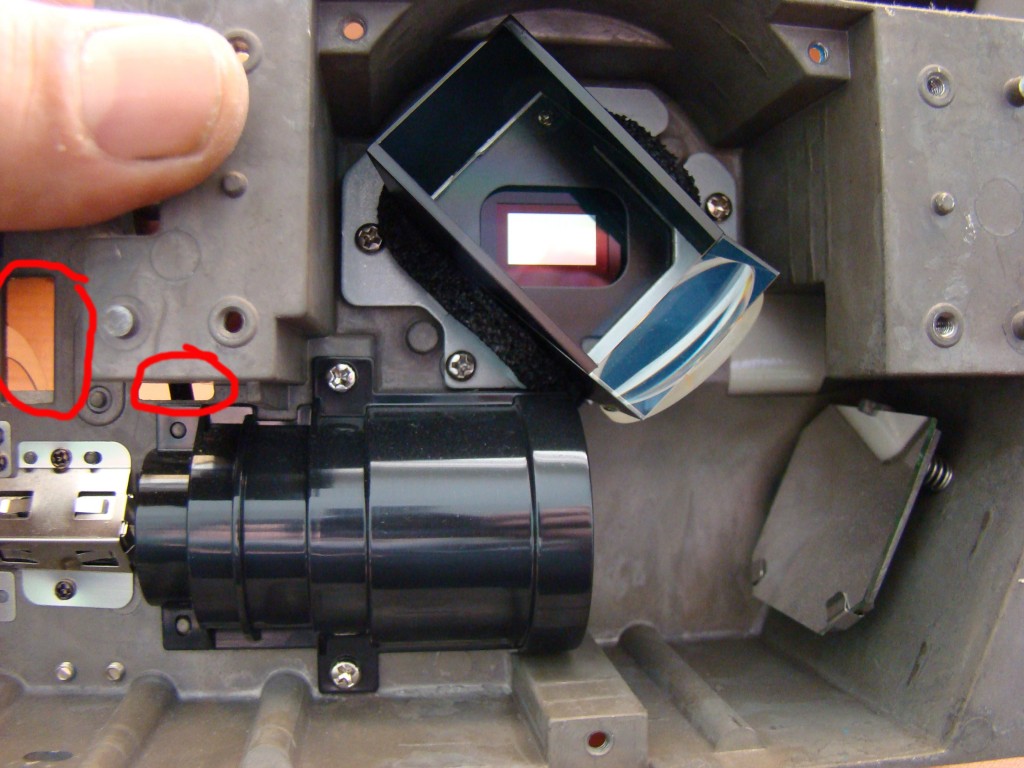 Them as far as sealed and non-sealed (or imisfragismena) visually. As you understand it is really crucial for the manufacturing of optical engine to DLP projectors on the behavior of dust in projector issues over time.

Big role in “cleaning” of our projector also plays the cooling system and the construction of the chassis. Here to say that because of the huge temperatures that develop UHP lamps and modern P-VIP (good) cooling system on a projector is essential. Cooling also need the projector’s power supply and the DMD Chip (here we find either passive cooling with a heatsink onto the DMD is energetic with heatsink and fan).

Other manufacturers (see Runco) chill with active cooling and the color wheel (overkill in our opinion because the wheel turns very quickly and aytopsychetai somehow).

Here again there are categories of refrigeration systems. Closed and correctly designed cooling systems with filters and filters free 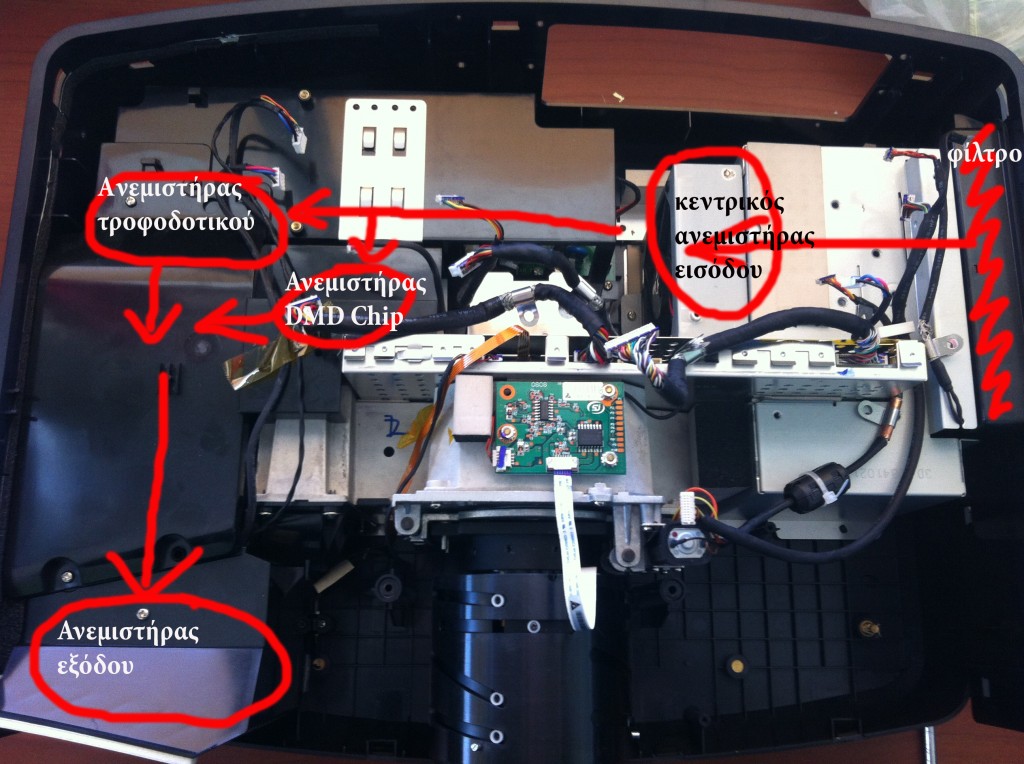 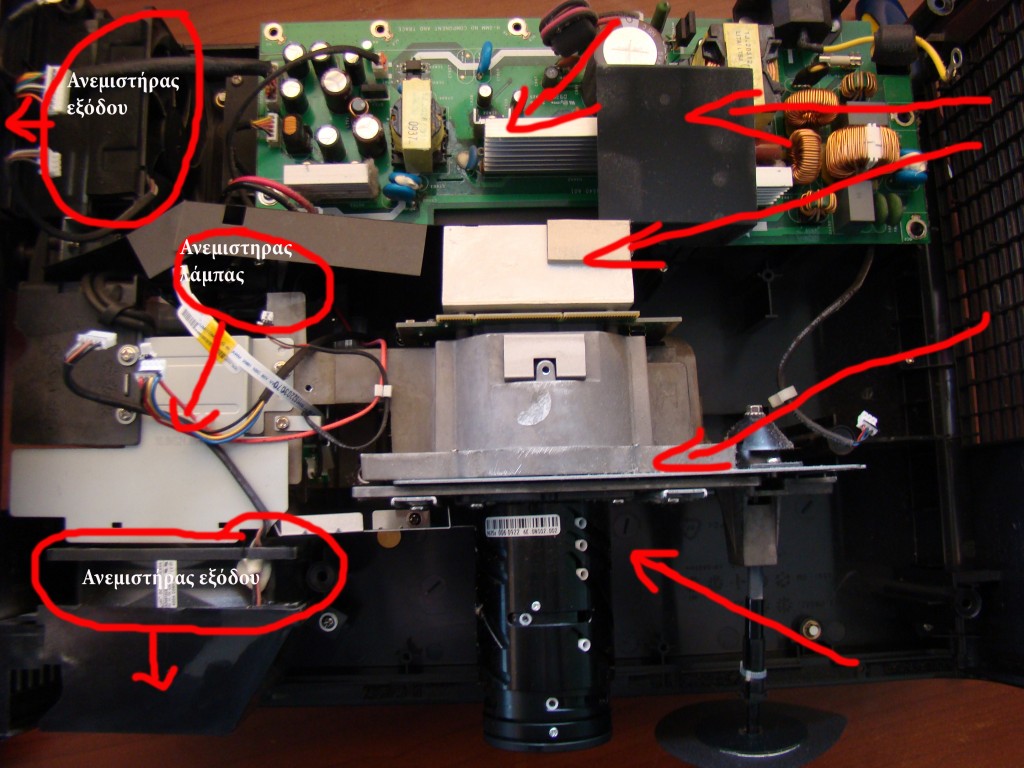 The result is to have pictures like these inside a W6000.. and needs cleaning much faster than the ancestor of … 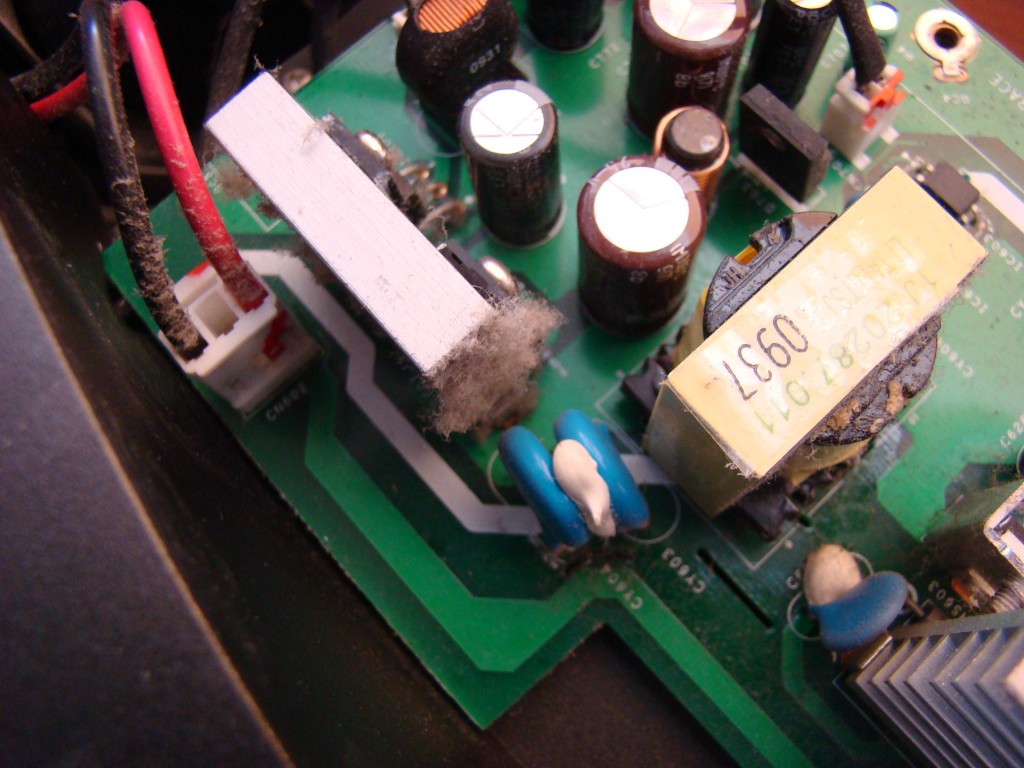 Let us now turn to the results of the buffer base dust in optical a DLP projector.

Let’s start from the color wheel. You don’t need to have special knowledge to understand that if a crystal that is responsible for the creation of our color palette catch dust and soot, affects the color behavior of our projector (how much is something that we can’t say with precision). The good in this case (Yes there is good within so bad ..) is that our image is uniformly affected (around the frame) because of the color wheel passes all the light which then led to the DMD and on screen (and not part of this, as we will see that happening in the next respective LCD our article ….).

In parallel, depending on the condition of the wheel, and we fall in the overall brightness of the projector (we said, all the light bulb first passes from the color wheel and then driven into the Visual motor).

If you ask someone what brightness drop would look in a projector with 1000 hours of use due to the “soiled” color wheel (assuming our Optics Engine is clear), the answer is … very small. From 5 to 10% will say completely empirical, because the large drop in brightness comes from the optical engine in most cases and not from the color wheel.

To light after passing and “paint” from the color wheel us:-), then driven through a tiny tunnel (and this is prone to dust) inside the optical engine. From there, to drive up the DMD chip passes from one or two mirrors that their job is to change angle to light and direct it to chip in. There is more damage to the projector’s brightness drop.

With a mirror like the following … What percentage do you think light precipitation will have our projector?? 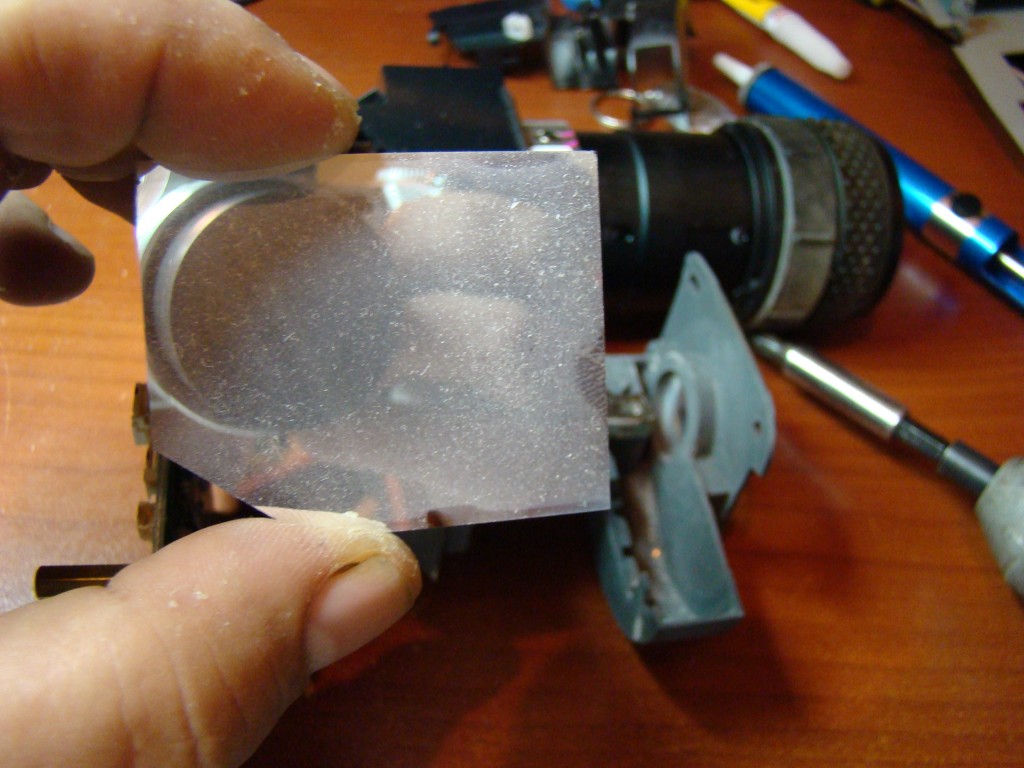 We will limit ourselves to say, much larger than the percentage drop that has a bulb with 2000 hours in the back of a new one.

Also powder deposited in other optical and lens (externally and internally).

The major damage that makes us the ingress of dust in the optical engine of a DLP projector, is the dramatic reduction of the ansi contrast (i.e. damage to the strongest weapon a DLP). The refractions of light (and not only) because of dust, leading light in areas of your image that doesn’t need it (black) see picture “washed out”, with veil and bad black.

The combination of falling brightness with vertical drop of contrast, literally kill a DLP projector.

Here to say that all of the above, you may not be able to see easily (at least less experienced eyes), because the attrition comes gradually and our eye wont see this picture every day. The big surprise comes usually when

flush out our projector.  There the change (for the better yet) doesn’t come gradually more directly resulting from sokarizomaste the enormous change that we have seen, to an extent that we cannot believe that this time “we thought we saw a joy”.

One last piece is and and the projector lamp.

The mirror of a projector lamp has a lifetime of multiple lamps. In short you don’t incure almost never anything. Even if the jump and see it presents many small cracks internally, it is a powder that is refined and no permanent hardware failure of the reflector. The mirror needs very careful cleaning. Always with special gloves and never come into contact with the skin (moisture, fat, etc.).

Cleaning the lamp must always be done with huge attention (and from experienced people) because it is a small grenade (gas at a pressure higher than 200 bar) that clumsy hands can cause an accident.

A query that can have someone is every how many hours a projector needs cleaning. Here there is no specific answer because it depends on the model of the projector and the usage environment. In general I would say about 1000 hours you should start thinking about cleaning or sooner if you see problem in picture (spots, big drop in contrast, etc.) … also in each case before changing the lamp brightness fall due, because it can and not to the need ultimately.

How can we protect our projector dust;

The best way is to seal with plastic tightly to close the box and then to the store in a ionized space (I hope you covered the answer:-).) Otherwise we can not imagine …

Unfortunately, we regret that in recent years the companies have shed much construction quality levels on projectors (with some exceptions of course). Every time we open a new model the fact unfortunately.

We can think of only two cases, one is saving money during construction and the other is … searchlights playing crap at 2000 hours so that the consumer spending in the next model … who knows …. maybe both  …