What projector to get? 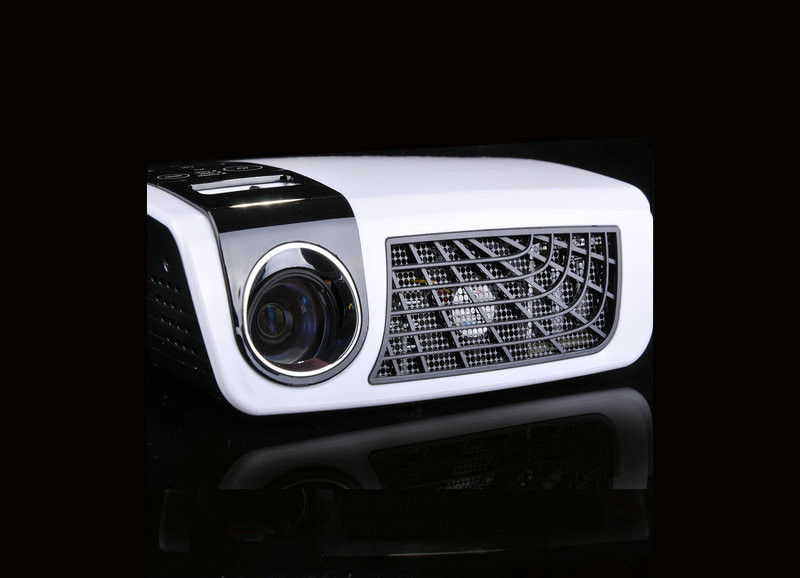 Is a question that certainly does not fit a specific answer. Anyone who wants to get into the world of video or someone who is looking to find a replacement-upgrade of the old projector has to confront many dilemmas, no matter how experienced or inexperienced is the world view. A good way to get someone a particular decision to be run-in at reading and listen to the views of various AV forums members (Greek the alien).

Of course there should make the appropriate filtering, because rightly or wrongly there are pitfalls such as indirect advertising by dealers and companies or even non-objective opinions of style “mine projector is the best so this suggest”. Of course the good with the forum is that there you can read and view very skillful and experienced members who act solely in the interests of all and not their staff. Arrives to tell them.

Special attention is also needed in various site reviewer because many times the view expressed is not da and 100% objective.

For example a well-known and internationally acclaimed site that deals with projector reviews, projectorreviews.com. Entering in its original site, with a closer look, you can see that almost all the advertising space of inundated by advertisements of EPSON company. The ads were paid for by several euros per day, month or year (depending on the agreement). And the question that automatically comes to mind is the following …

There is the case of this site to write something negative about EPSON projector? But how is it possible once sponsored by this company. It is possible to dysfimiseis (albeit understandably) or to illustrate the company’s flaws that have committed to use advertising and paid by it; And to go a bit further … with the cunning mind … the deal for the x ad money concerns only advertising banner that I see on the website? And why not respect and a little “poking” during the review; Will ever know; For argument’s sake see review of last 2-3 years and find that it has ever written anything negative and the headlights go out always winners of their category. What the heck, always top and without defects; But then the other companies because there are; should have been closed.

On the other hand someone skeptical will say, Oh well how do I know that the projectorjunkies.com is an objective as to his views, because there are no ads of companies; No … that’s what you say, you have yourself to filter what they read … We simply give you the stimulus in order to think and do as best as possible.

These and others make the selection process difficult and with many pitfalls. In this article we will talk and we will try to explain what each offers technology, everything from our perspective.

Currently on the market is dominated by three or four to be exact technologies that are as follows:

DLP projectors, all of whom use the DMD chip known of texas instruments in the optical engine.

Some of the known and affordable companies in manufacturing are BenQ DLP projector and Optoma.

The most well-known companies that use LCD panels are the same manufacturer EPSON and Panasonic which borrows in essence the panel of EPSON.

SXRD projectors, we make use of reflective LCD (SXRD) panel of Sony.

Here the most famous company that makes use of SXRD is the same manufacturer SONY Corporation.

LCOS projectors, we make use of reflective LCD (LCOS) panels of JVC.

Also the most famous company that makes use of these panels is the same the JVC.

At the present time value for money are purely small and cheap DLP.  Buy with below the psychological threshold of a thousand euro a new 1080p 3D projector with brightness that makes viewing 3D game and can fill any size screens. Picture; Wonderful … with only a retreat. The black … and on/off contrast of course.

Also outside of the low price, another advantage is that the buy with closed eyes. Where do you buy an Epson LCD BC and anaveis candles to achieve piece with good convergence, good uniformity, good focus and good adjustment to visually and physically begging to be not very koynimenos during shipping from the factory to your home, to buy the first DLP that will find and xemperdeyeis, so simply.

Second-hand is yet another reason to buy DLP. Don’t understand anything from opening hours and their image will be the same as the first day I bought (excl. cleaning that all headlights need every regular intervals). In LCD/LCOS/SXRD from the first hour of operation start alterations in various filters-prisms-mirrors-Panel that uses optical. The projector is not rolled back to the original picture hardly ever. In many models of these lesions to be minimal … but it changes … Finally.

Modern headlamps are very close now to picture … and indeed have multitude of regulators so they can kalimpraristoyn and to deliver its full potential. The colors are adjusted and come very close to the reference. The luminosities are now grown up and no longer in any model you will miss it. The ansi contrast has almost no longer called in all the technologies (even a little to keep the significant advantage the DLP). The whole thing becomes for the native on/off contrast. There suffering, suffering, and will continue (as all show) suffer the projectors, black. What do you mean native on/off;

We mean the projector’s ability to reach the largest possible number of division between the absolute white and absolute black, without the use of devices (see dynamic IRIS).

There really “xebrakwnetai” one headlight. With this number and only we can discern what projector has better black and who performs better in dark scenes is the Achilles heel of the headlamps (we take as given in equation that today’s 3D projectors attach more or less the same brightness).

Don’t be fooled by the numbers on/off dynamic contrast that announce the firms making use of the dynamic Iris (who anyway have a dynamic IRIS). Are numbers that do not reflect the real potential of the projector and are numbers that you will never see the real picture of a movie too just in paternakia settings.  Definitely a dark scene may look in our eyes better on a projector that uses dynamic IRIS other it wouldn’t due to increase of on/off contrast others in illusion that creates instant lowering of brightness combined with reduced reflections and the variable gamma through the projector’s software algorithms, we deceive as to the actual result.

Oh well I’ll tell someone … What we don’t want? Suppose that the automatic IRIS deceives us, in the final best black and on/off contrast is not what we perceive? This isn’t what matters;

My answer will be only to the cinephile. … (e) the Neo should have chosen to continue sleeping in the matrix and not to wake up. .. a playground is not exceeded; He lacked something?

The dynamic Iris (even in the most perfect of the format is that of Sony in my humble opinion) is wrong. The numbers give us measurements are fictitious. If anyone wants to see really good and correct picture will do without the use of dynamic IRIS … relying on the native capabilities of the projector. This is the correct, full stop. Where you hear that dynamic IRIS offers “best picture” … run to hide. Where listen measurements on/off contrast and black with the dynamic IRIS … just ignore them.

Let’s get to the real potential of technologies as to black and the on/off contrast, not as the presenting companies or any professional reviewer, other as she goes every pained or joyful Viewer and projector owner.

The DLP is the David in this feature and is the only weakness, which in essence is the only reason perhaps why we are all not have Dlp projector. With natural (native) on/off contrast from about 1000:1 to 3500:1 are the worst possible choice for the lovers of good black. Unfortunately their development in this area has stopped somewhere in 2007. Any DLP model view from 2007 onwards, returns nearly the same black and the same on/off contrast. Of course to be fair, the high numbers of ansi contrast that attach the DLP projectors make the shortage of good black and on/off less conspicuous than other technologies.

The LCD on/off perform native contrast between 6000 and 3000:1: 1. # Of course bigger than the DLP, but not to an extent sensationalism (although twice best on/off … turns out eyes that say ..). For the figures on capacity/off contrast that announce the companies nor reason of course … marketing … and deception …. so simple …

The SXRD attach native on/off contrast between 6000:1 and 15000:1. A ladder up IE from their competitors. Deepest black and very best dark scenes. Also great advantage is the much better colour uniformity compared to LCD. With DLP no comparison, because their word for DLP color uniformity is virtually unknown word … and we say almost, because reason someone might occasionally bulb somewhere, to show a variation in light always form …

Black satisfies them the most skeptical ….

Shove here dangerous. This technology is by far the winner of this informal contras. The JVC considered Kings of black and the on/off and not unjustly. Noymera; From 15000:1 to 40000:1, to leave; one Said anything? Black level and contrast on/off “pressed” anything that moves in the market.

You must see with your eyes to believe what does 20000, 25000:1 on/off. Drops black frames between movie scenes and losing the ball. Your hand that bumped the popcorn to come across your mouth, stop unconsciously because for a few milliseconds in the area there is an absolute blackout, don’t you see. Dark shots; Magic … not enough to see. These headlamps make any space look like exclusive cinema space that even mpetoygies is painted black, so simply.

But beware. Can the Achilles heel (black) to have a clear winner, this does not mean that this winner outweighs everywhere. Never and nowhere any technology you don’t lay with the sharpness and the bright kontrastata shots of a DLP. That you always have it in your mind. Just now the “cursed” LCOS is close enough in this area.

We buy because DLP is now very cheap, yield excellent picture (except black and on/off contrast) and have tremendous strength. Also in all other areas of the image are performing exceptionally. Have the best 3D.

Buy LCD projector because we are fans of good black, make concessions in all other sectors and we don’t have enough money to buy or SXRD LCOS.

Buy LCOS because I see native black and on/off contrast that neither imagined, making a “slight” decline in sharpness and bright footage (compared to DLP) and most importantly, we have the necessary money.

Of course, astute market remains the “most searched” purchase a good used headlight.

Of course there is also the category say LED DLP or DLP tritsipoi and various high end models coming off in money and not having to offer anything above in image issues from these projectors that we mentioned above, so I don’t talk about them. There are only to cover the consumer frenzy and wealth demonstration trends of affluent buyers, because of the picture does not have to offer anything special.

A monotsipos with SXRD optical from JVC and laser led light source.

Unfortunately something has not been built yet … and of course you might not ever built.

But there is a company that has built that closest in my tastes … so informative (without wanting to make direct or indirect advertising) … without being monotsipos and with conventional light bulb to light, and this is the Mitsubishi, which unfortunately it stops the production of headlamps as she said … and the model is the HC5 which uses SXRD Panel optical with JVC.

Enjoy your views, my friends!