JVC  presented at international exhibition of Berlin’s new super-weapon, the new Z1 which will be available on the European market close to Christmas with price at about EUR 30,000.

The Z1 wears smaller panels worldwide native 4K diagonal 0.69 inches. Awesome work have made the JVC engineers terms and the spacing between the pixel with the incredible # 3, 8μm to predispose to how compact image can offer to lucky owners of this projector.

The light source in a laser-based Z1-phosphor machine that the JVC calls “Blu-Escent” which produces 3000 lumen brightness and has the ability to make rapid adjustments in the strength of the frame, depending on the project in order to achieve the greatest possible contrast. Lifetime the JVC Announces the 20,000 hours, not bad.

Excellent work has been done and the Z1 lens designed exclusively for the optics of the camera. This new lens is made of glass and aluminum and has a diameter of 100mm versus the 65mm of other outputs, so you can assign the frame 4 k evenly from side to side while the huge shift of the lens (100% 43% vertical, horizontal). 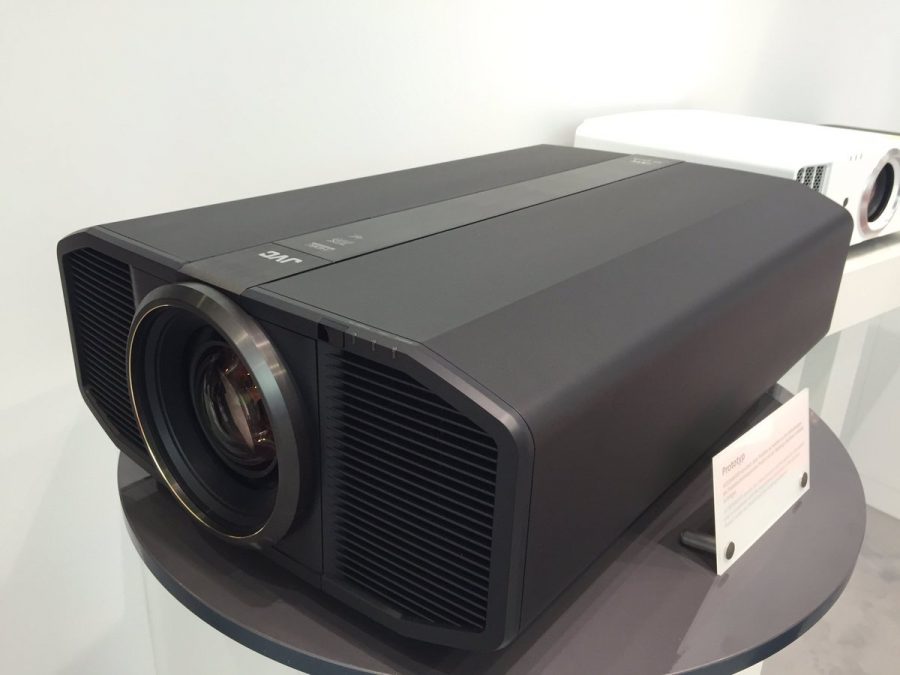 Of course the Z1 is compatible with HDR 4K input signal and can perform 100% of DCI colour triangle (the first projector that achieves something worldwide) and 80% of BT. 2020!

As regards my native contrast delivers the Z1, the JVC Announces the unreal 120,000:1 that is 10ades times larger than any competitor out there regardless of price, really impressive for such a large projector brightness.