Color correction and contrast increasing disparity in LCD part I 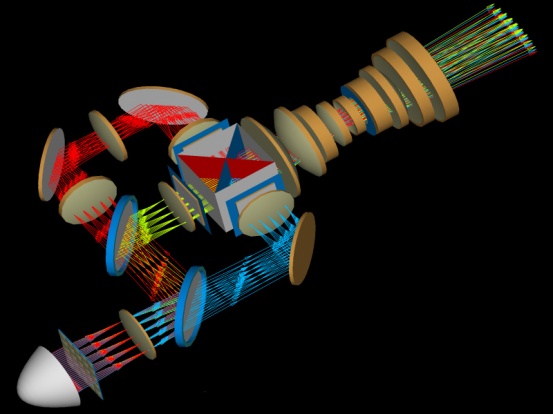 Following the previous article, here we will talk about the problems faced by tritsipoi projectors as a function of time and dust that accumulate inside them. I really will try to talk about the Visual tritsipwn of the headlights as simple as possible … in order to be fully understood by all.

Let’s get to the Chase …. Let’s start with a few simple information concerning the operation of a tritsipis LCD optical engine … in a way the more simplistic.

A tritsipos projector uses three panels in the optical engine to create and display picture in our cloth (this is known I guess ..). So far, no interest … the interest is in the path taken by the light until the cloth us and reads …

The light produced by the lamp which the guide inside the optical engine of our projector. There is light dichrwika filters that their job is to separate the light into the three primary colours and to allow to pass through only one. The rest reflect in order to continue the process in the optical, where led to another dichrwiko potion that has undertaken to do exactly the same job.

As a result, the light has been divided in three basic colors that represent and indeed have driven each one separately, in one of the three panels that will feed.

There somewhere begin and the “Fiesta” polarizing filters. Before dealing with the polarizing filters are doing to say that a tritsipos projector has at least 2 for each Panel (and some more), one before and one after. Also the same liquid crystal panel, in and of itself is somehow still a polarizing filter of light and you will understand it better then …

The concept of polarization of light and electromagnetic waves, is quite complex and I would not like to dwell particularly on this ….. at least in this article.

What interests us is that the polarizing filter cuts off some components and leaving others to pass. To understand the whole thing and with “mpakaliki” approach assume that the light that comes in the first polarizer filter us has two components, a and b. The polarizing filter has the capacity to absorb the B and only allows in a passing through it. The is A and this light that we see in our cloth.

For convenience issue let’s call and the polarizing filters us 1 (what comes before the Panel), 2 (LCD Panel) and 3 the polarizer filter located after the panels, which assume that is exactly the same.

Here to say that the polarizing filters have the capacity to reverse their properties as they rotate on the vertical axis (always talking about polarizing filters with vertical or horizontal polarization). So if the polarizer filter us absorbs the b component and allows to pass through it, if you rotate by 90 degrees takes exactly the opposite property and now allows the b to pass absorbing a. I.e. If after a polarizing filter that allows only the first component to pass put a same filter other perpendicular to it (rotated 90 degrees) then result will take … black ….

The first has cut the b component and has allowed a pass. .. the second but do exactly the opposite … cut the a and b permits to pass. … only that in this case there is no b. .. It has already cut from the first polarizer and so we get black as a result.

Here to say that there are all the intermediate stages between these two polarizing filters, i.e. If the second rotate 60 degrees say rather than 90 then part of component (i.e. light) will pass through … always in proportion to the degree of rotation.

Now let’s look at the layout of the three circular polarization filters in an optical camera LCD … all three polarizers are mounted vertically and identical to each other … that is, in essence, allow all three in a component to pass through them while b has already cut from the first polarizer.

Somewhere here comes the LCD panels (the second polarizer) to do an extra job. The Panel has the property can accordingly mainboard commands either enables a component to pass (so after this pass and from the third polarizer to see light) or converts the component a to b so that the third most polarizing filter to absorb (so we’ll look black). Magic; The greatest magic is that the Panel has the capacity to make that kind of polarization in each one of the million pixel (small polarizing filters), so that at any time we can see white with black pixel in the image itself.

Here does not matter … After the polarised light and pass with the procedure described above by the two polarizing filters and the panels last conversion in dichrwiko receives Prism located just before the lens of the projector. This dichrwiko light is committed to joining the three who receives from the three panels, to raise as a and channels in the lens. Beyond that things are just …. sit on our couch and just enjoy our tainioyla … 🙂

H the above explanation of how an LCD optical engine is that simpler could compile to be easily understandable and not far from the real mode (the philosophy is the same). Also say that the same mode can be found in the DILA, SXRD projectors/except that the panels themselves instead of leaving the light to pass through it, reflects upon the third polarizer and the dichrwiko light.

If the No1 or No3 polarizer as little moves towards the vertical axis will result in bad black and less light. I.e. reduced contrast. Imagine that perfect convergence to have the polarizing filters factory, after several hours of operation and because of heat and dust, Would have definitely contrast loss in relation to the initial value. As a conclusion we can say that in all LCD/SXRD/DILA projectors, as time passes, both will be reduced and contrast them and not necessarily from dust.

On the other hand, if the # 1 and # 3 polarizers wrists slightly with respect to the horizontal axis, then result will take the known color variation on our screen (usually at the corners or at the edges of the image). This is because at the point that seeing heterogeneity is missing when a small percentage of any of the three primary colors. As a conclusion we can say that in all LCD/SXRD/DILA projectors, as time passes, the more color variation will take on our screen.

Also the twist of circular polarization filters or panels on the horizontal axis, except color uniformity lead to problem focus in the picture.

Now you can imagine that similar effects (or greater deterioration) will take and because dust in our buffer base polarizing filters (across panels of course).

Another theme is the construction of circular polarization filters and their alteration in time. There are two types of polarizing filters, the filters that use the hardware painting to make the polarization and filters using layered film of this material to achieve the same result. Both are susceptible to high temperature (more paint filters) the other difference is that the first doesn’t raise cleaning (coating remains in our hands) while the latter in most cases are cleaned and are like new. Quite informative to say that JVC uses polarizing filters with paint in the headlights (unlike the EPSON and SONY) and the result is very soon to lose the huge numbers that contrast gives us like new (black them deteriorate and their light is reduced).

As a conclusion, in tritsipoys projectors is not enough to flush out the sight. Needs and fine-tune in polarizing filters to see results (better contrast and reduce disparity). There is also the huge difference with DLP projectors which do not have such filters and their durability in time is unmatched (except dust and cleaning they need and these per some thousands or hundreds of hours).

How well regulated come from the factory the polarizing filters and more generally all the Visual has to do exclusively with corporate standards. 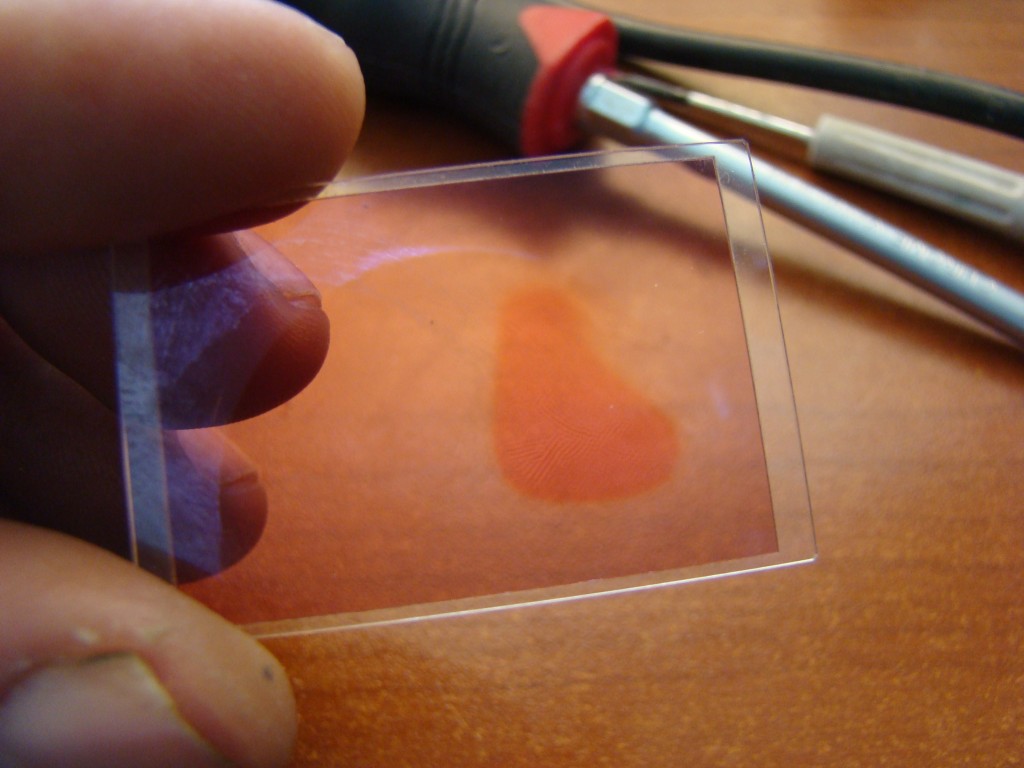 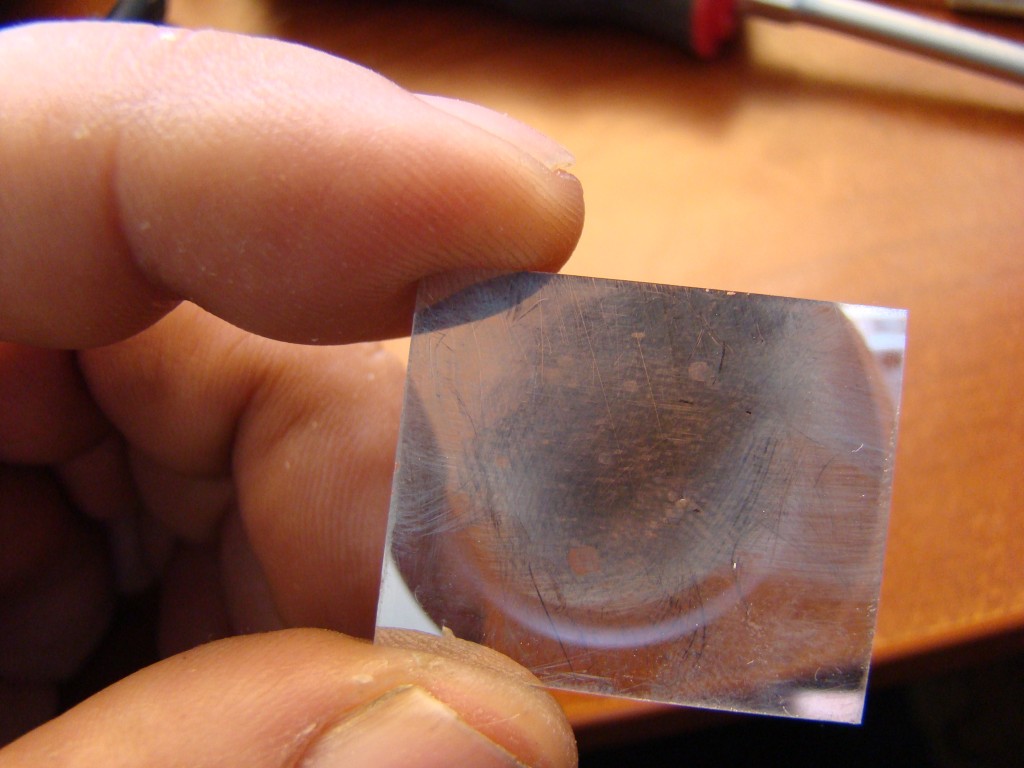 A polarizing filter in excellent condition (from panasonic projector) 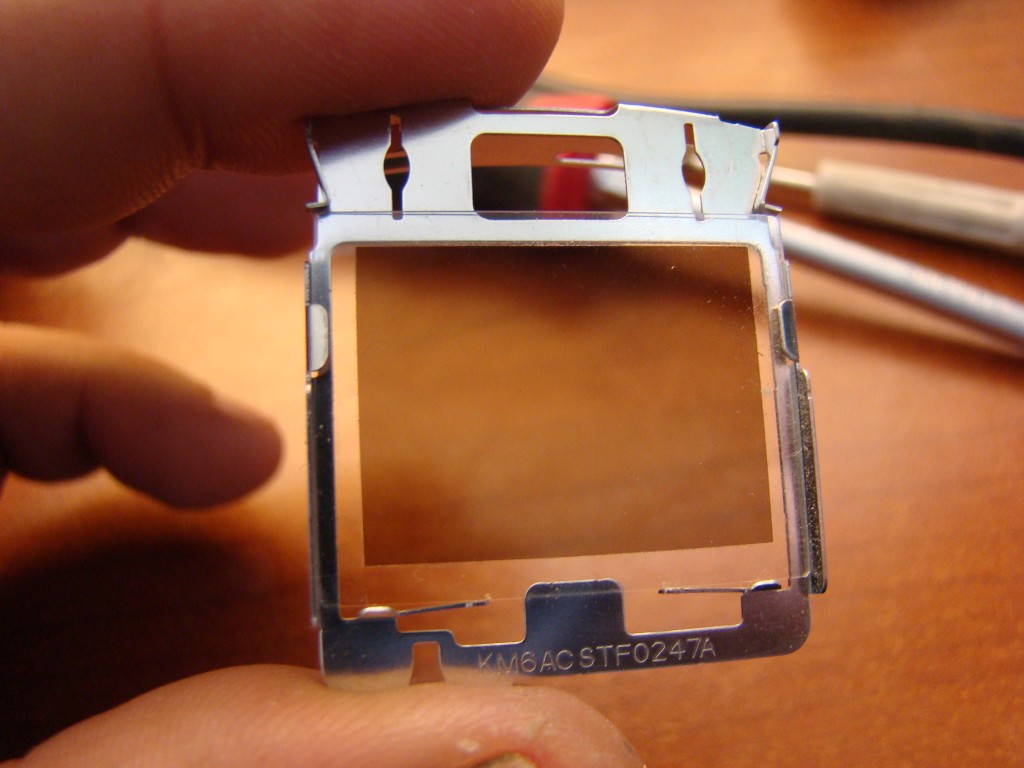 The “sliders” a polarizing filter. 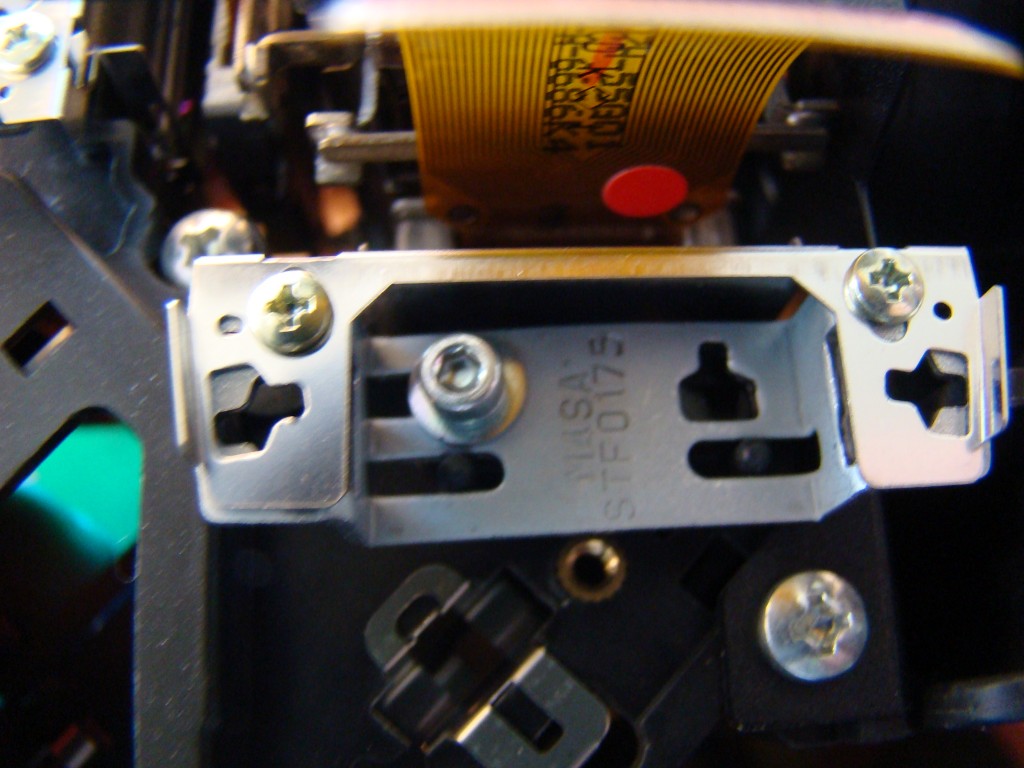 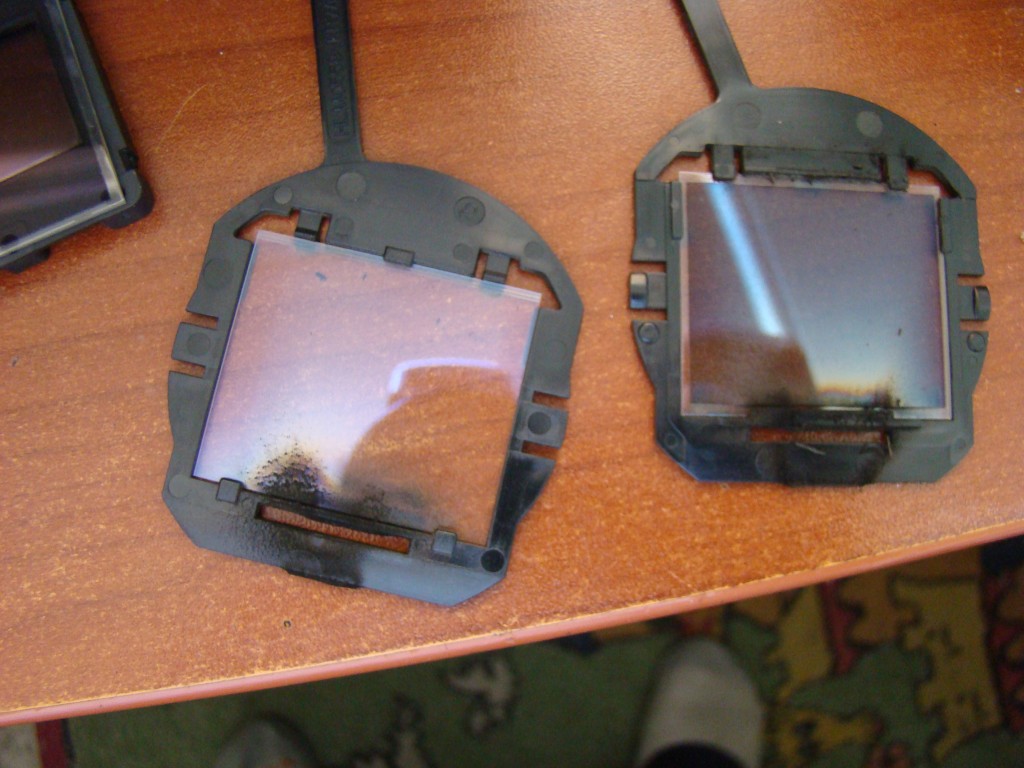 As a general conclusion

The tritsipoi projectors changing behavior in time because of their complex Visual, to a much greater extent than their DLP monotsipoys and not necessarily because of dust. Need apart from cleaning and adjustment to their polarizing filters to see correct result. In many you will need and replacement of circular polarization filters (Fortunately there like spare parts for most projectors).