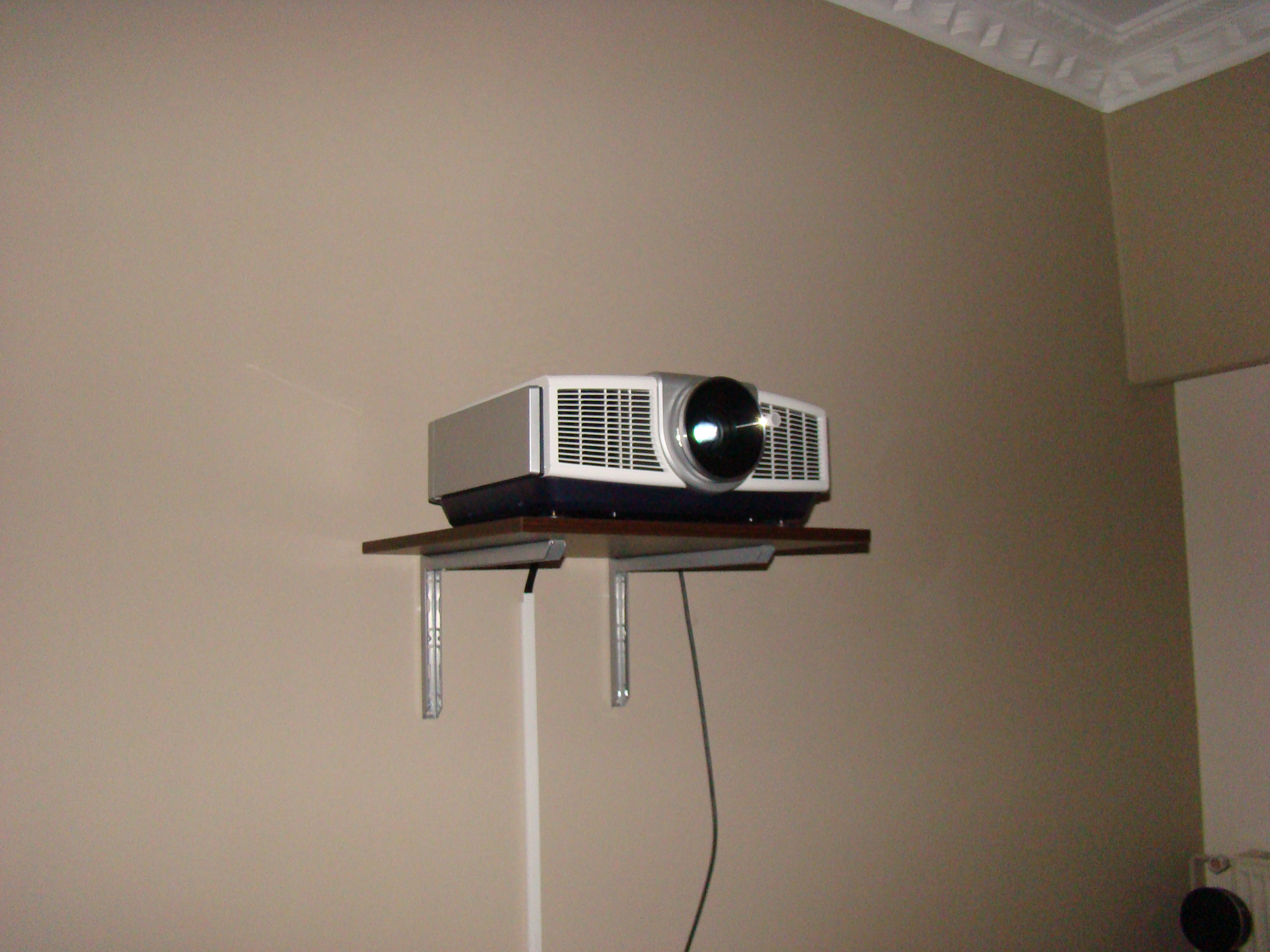 Not long ago, the workshop of fanatic probolakidwn hosted at the home of a friend who Nickos we were greeted with hot chocolate and delicious cakes. Of course, as you understand, we couldn’t resist because we believe upside-down doctrine ‘ business before pleasure ‘ and we put on hold Mr. Benq W5000, who waited patiently in a turn rack!! 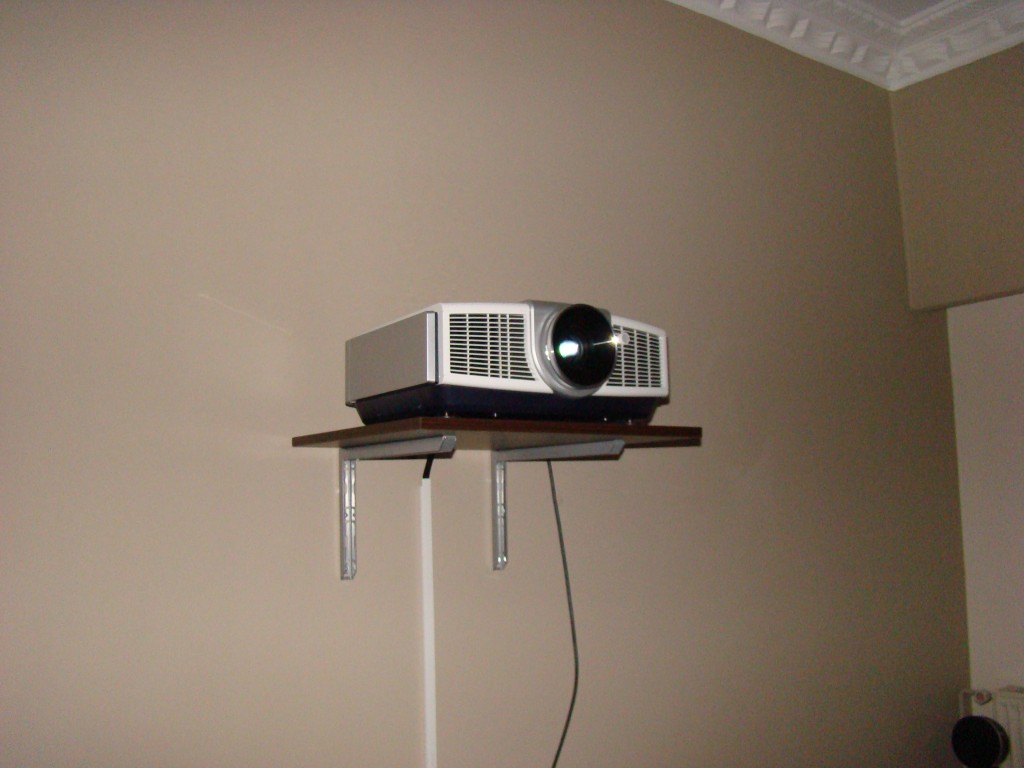 The projection space of Nicholas is a large rectangular living room approx. 35 sqm, with Spartan decor (i.e., just the basics, without mpoytzoylakia, semedakia tables, etc. artsy antihomecinema. Blessed ‘ si en andrasi …..). The projector was erected around 6 meters away from a fabulous wall begged us available to the test. Perfectly spatoylarismenos and painted, without damages and scars, was really defiant, others painted in chrwmataki anything but white (ochre for yellow etc.). No problem for a projector “lobster” to sliders like W5000. 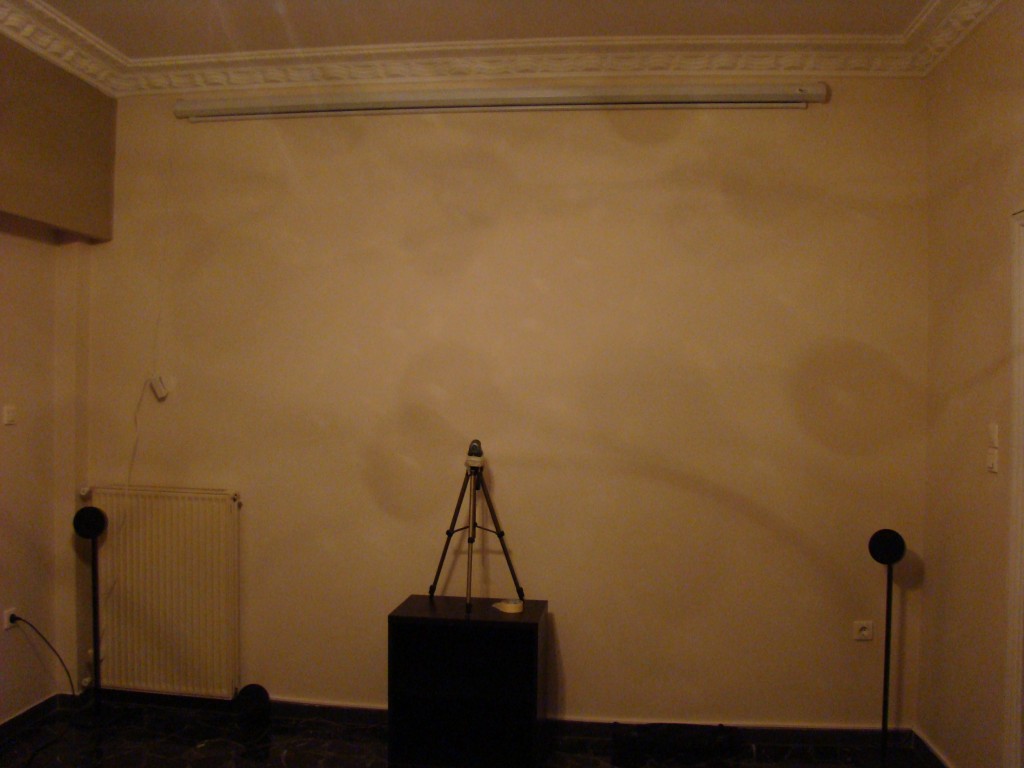 Where chazeyame the sobatini nominated screen, Nikos with a remote control in hand downs a motorized 120ara white screen. – Children are OK;

What diimeifthi right after the question unable readily to describe, so I quote the following screenshot: 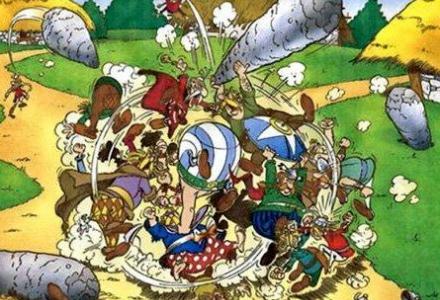 After our argument, as catalytic see in photos, finally we convinced Nick that it was better to screen stayed folded for 2 main reasons: Creases (potentially future) and viewing distance (about 6 m). So, the frame finally opened the wall approaching the hearty 135 inches!!

Then, we opened the Benq to be warm and amid the stiname chat our gizmos. As a source for used PS3 which was digitally locked in 1080p 24. We chose the option of cinema and the lamp in Normal position (High). This had to do with the big frame selected and the many hours that already had the bulb (1500). Gamma value chose the 2.4. The manual Iris was completely open, the Auto Iris was in on and the brilliant color. Somewhat so we started … 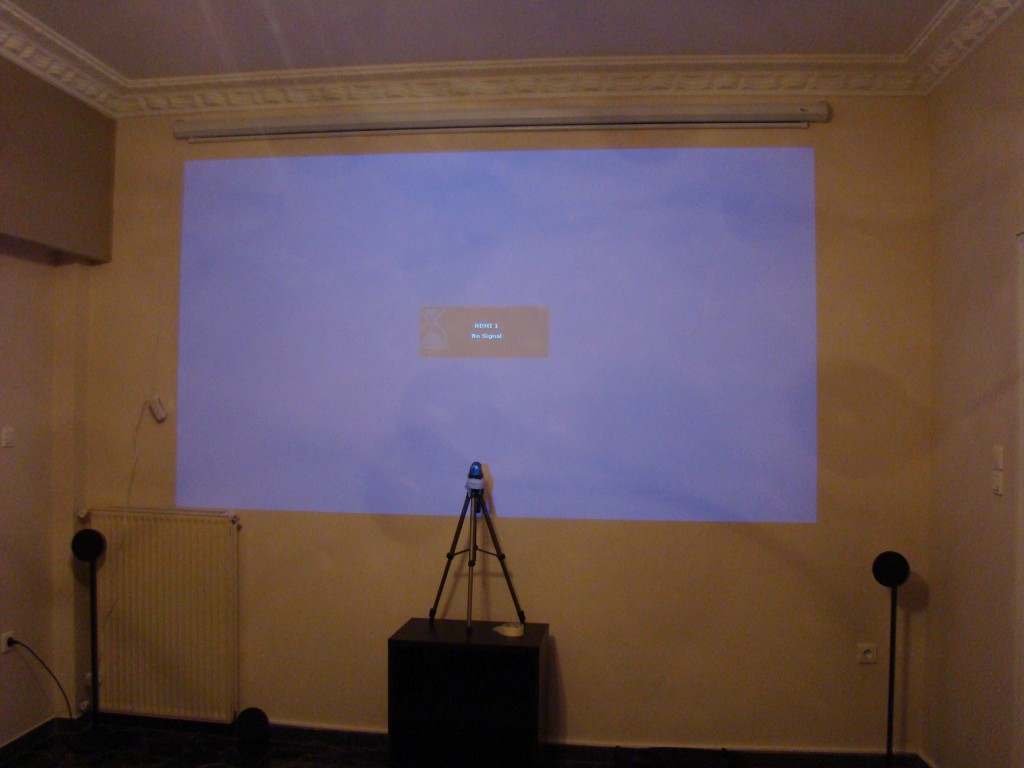 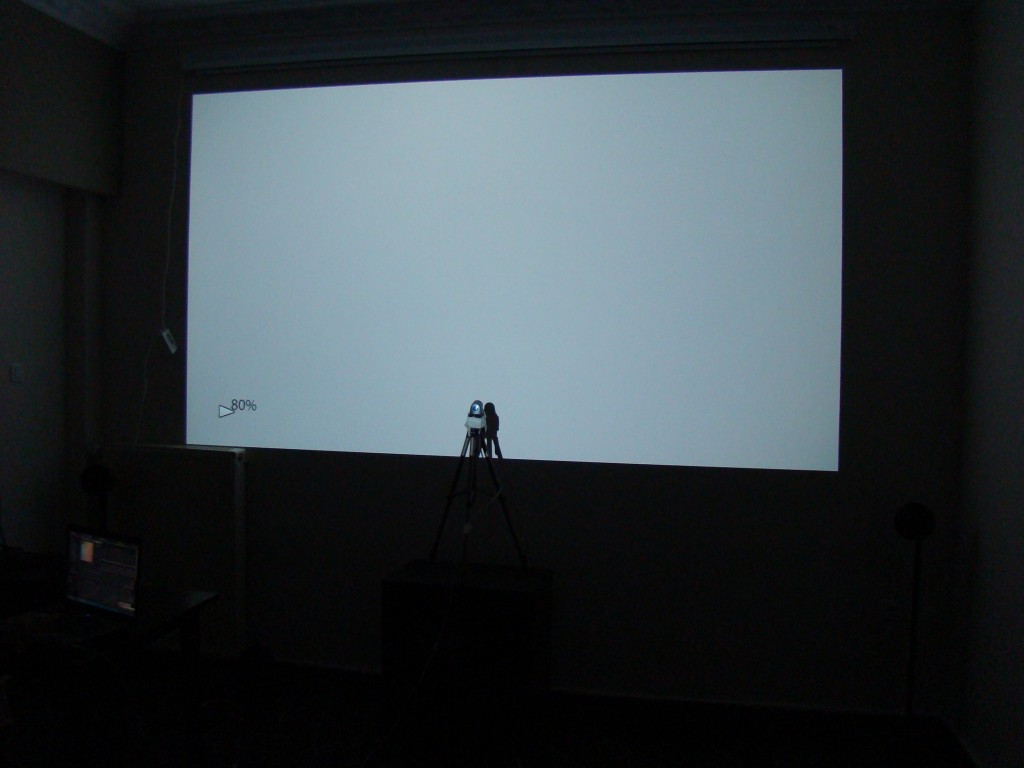 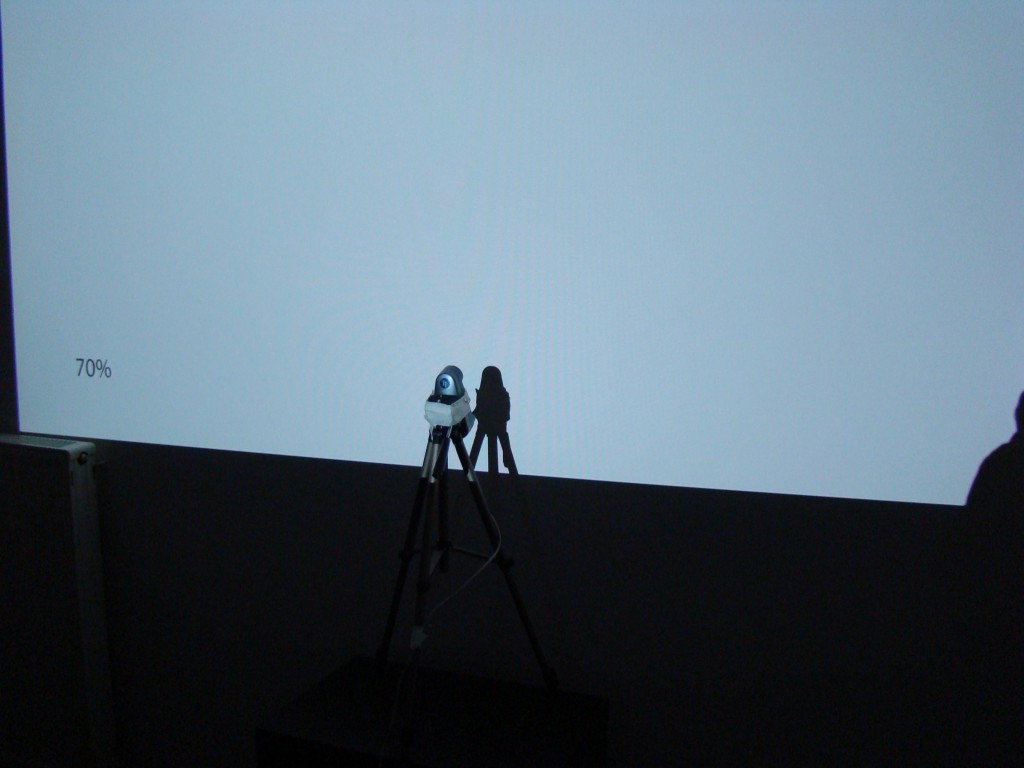 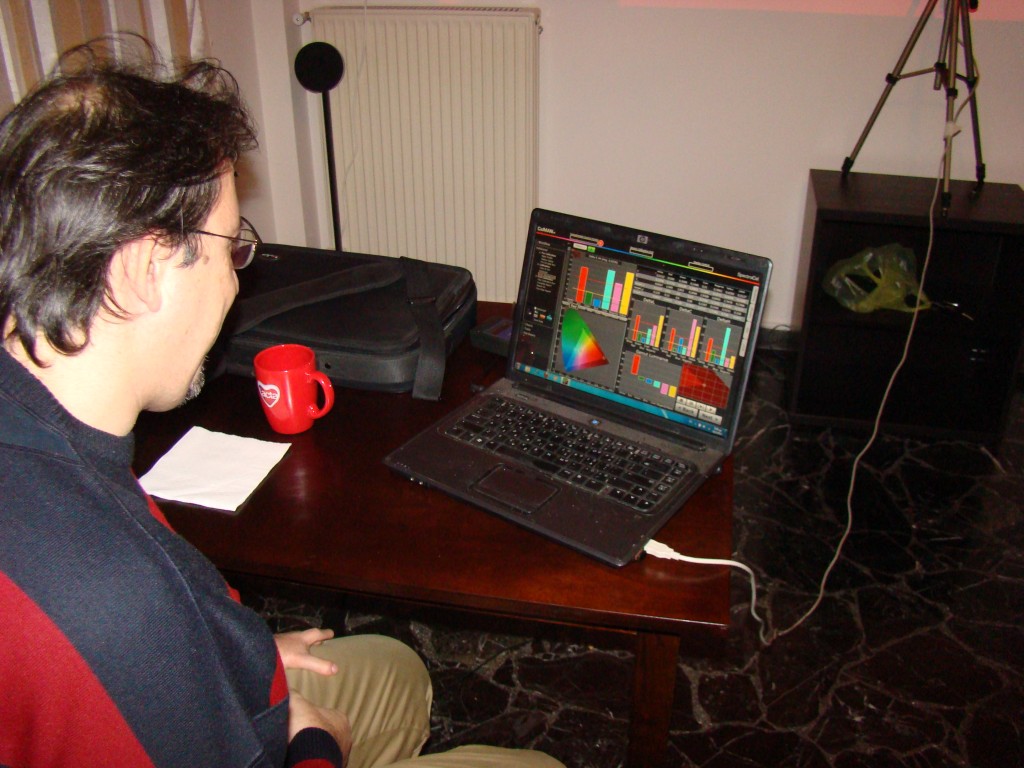 We also had shadow theatre … 🙂 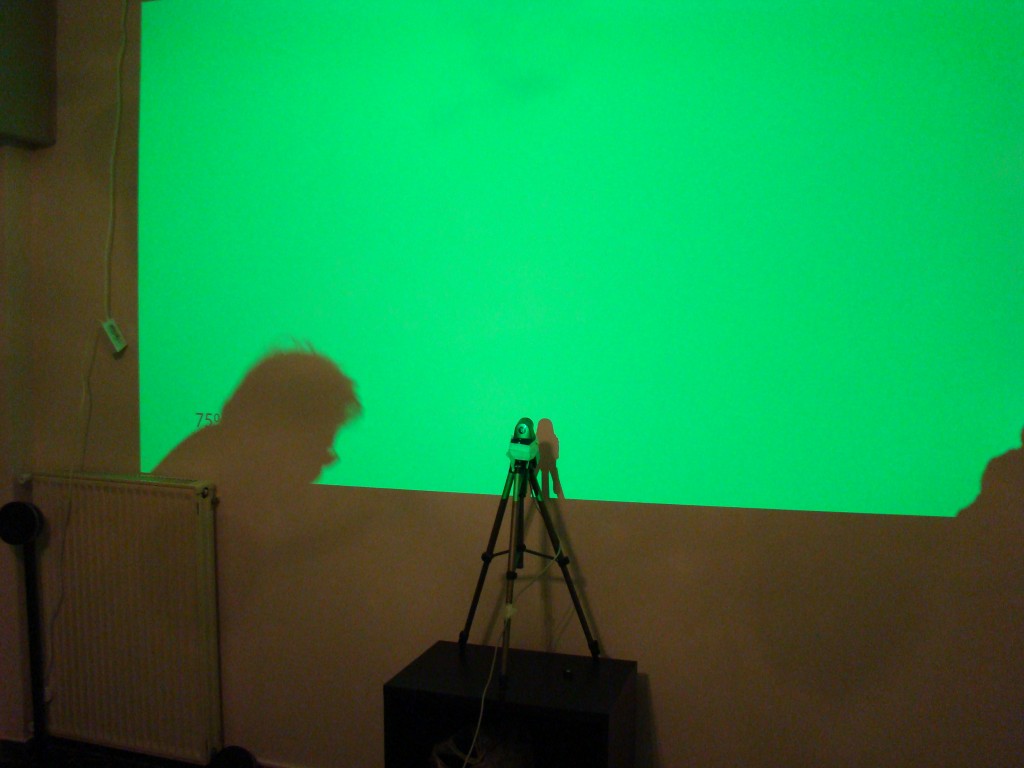 The first measurements that we got was like this: 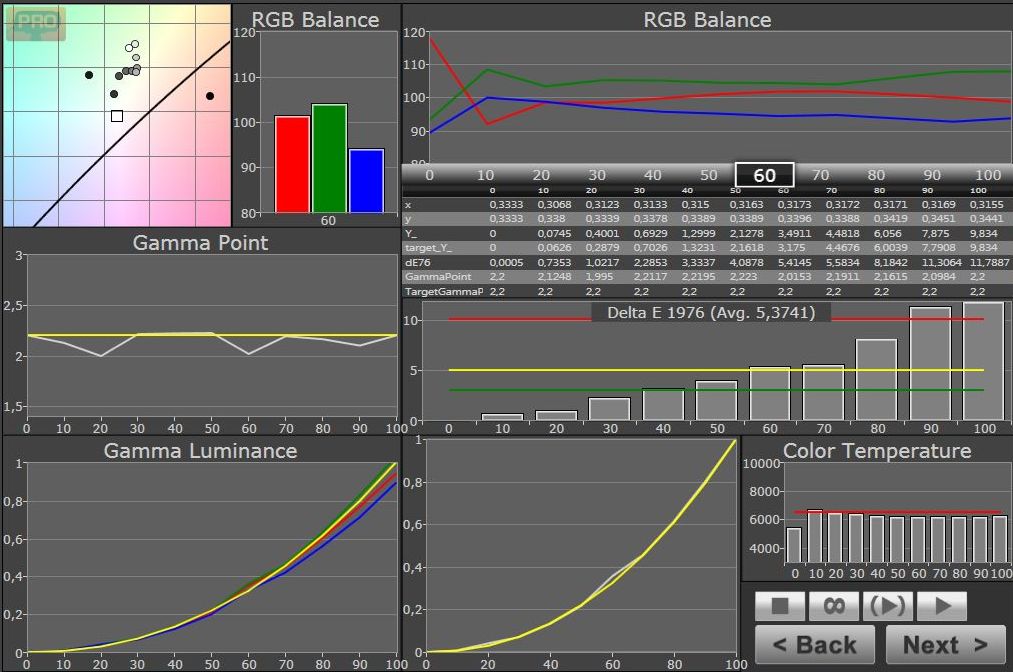 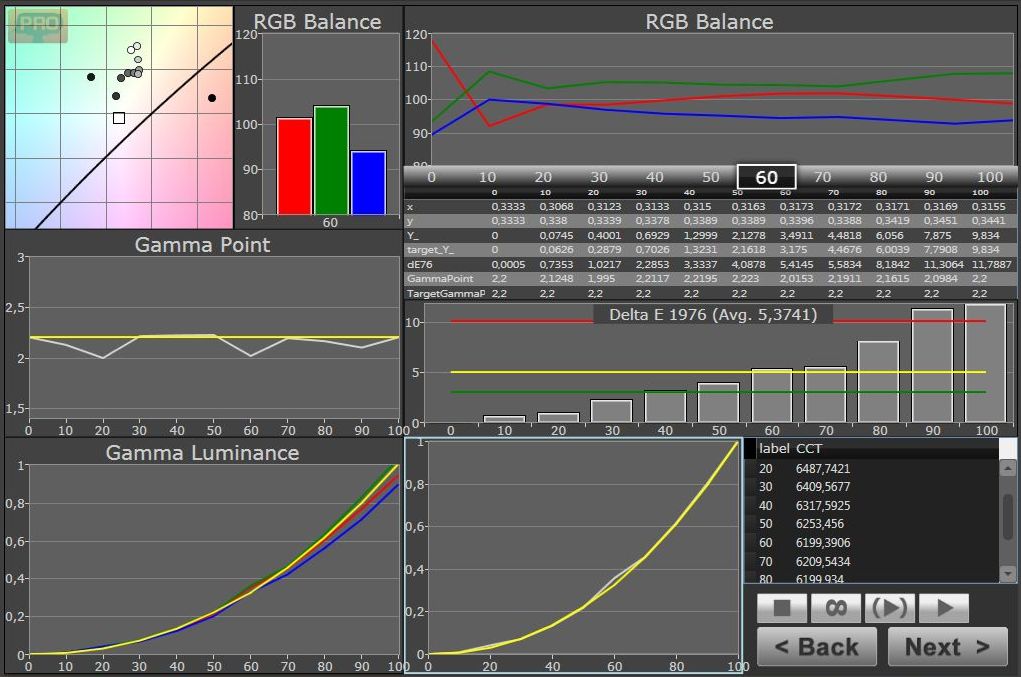 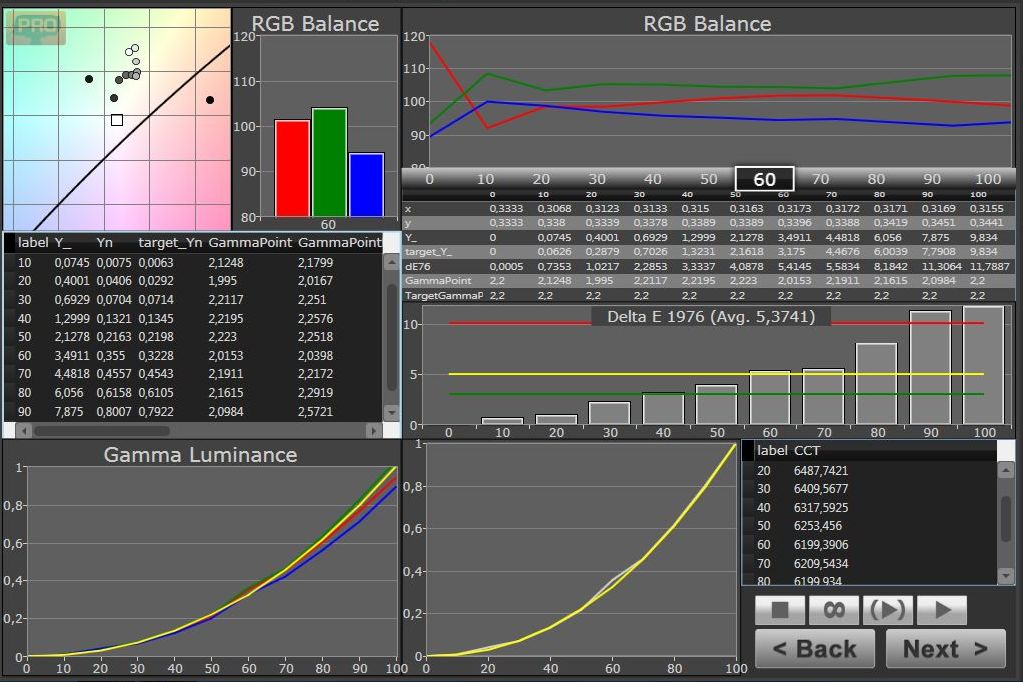 We proceeded to the projector’s adjustment originally set up the basics, IE: Brightness/Contrast/Sharpness and then proceeded to grayscale calibration and charts showed the following … 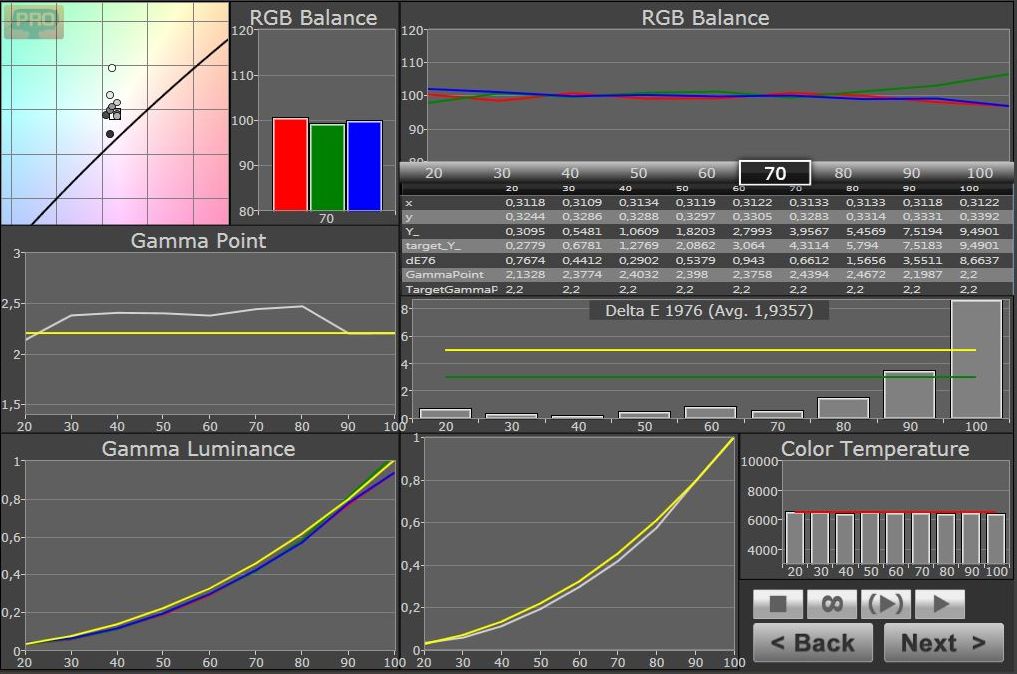 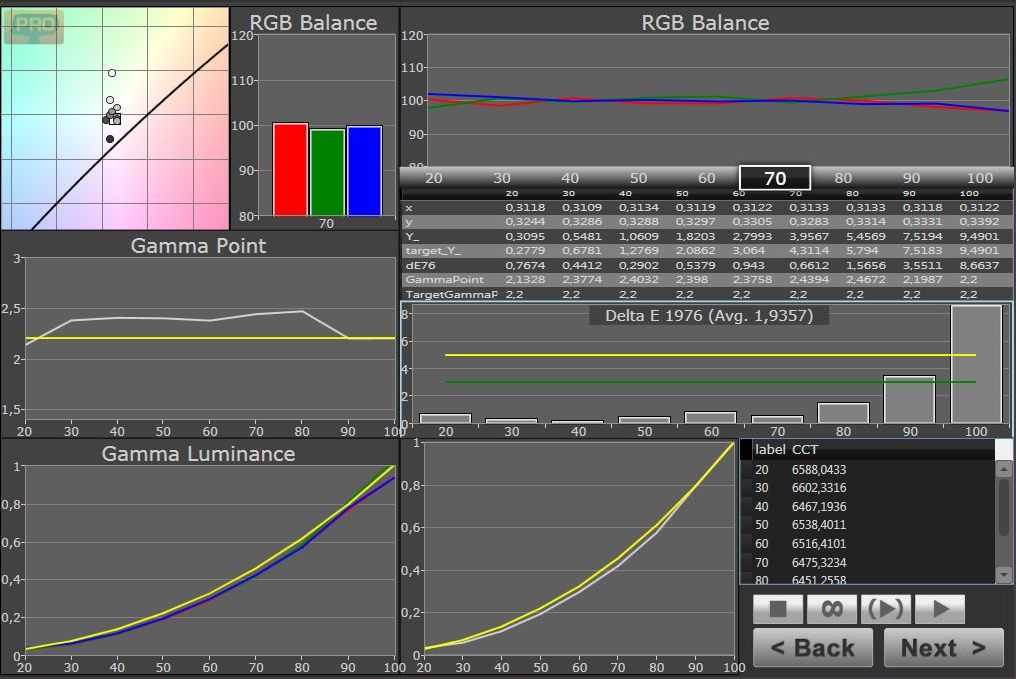 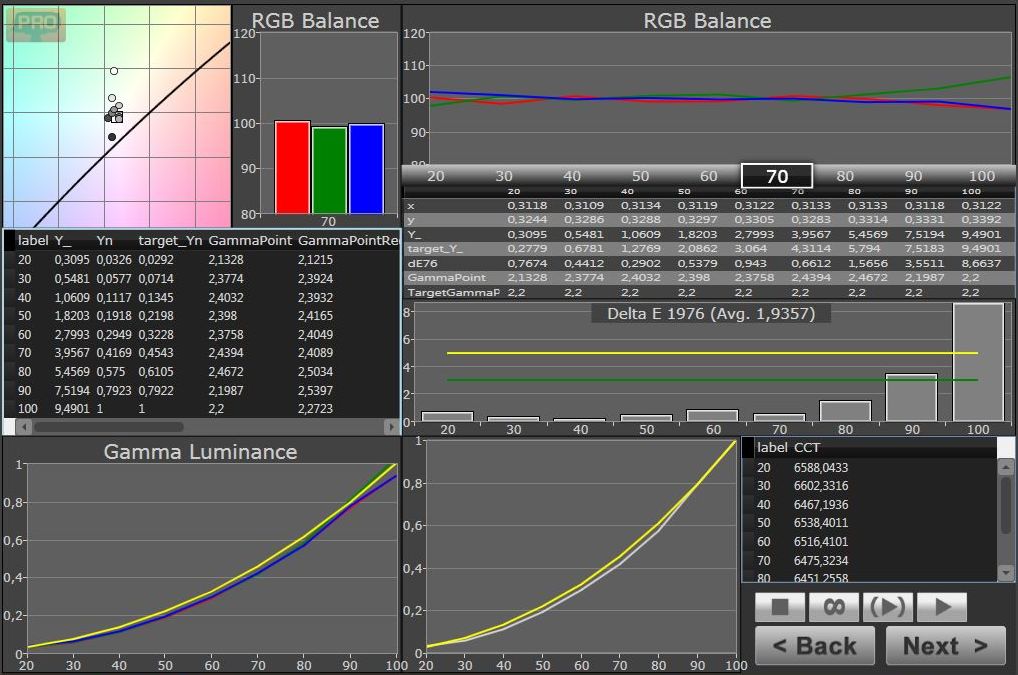 As you can see and from the tabs, the projector sat quite well with a slight deviation in tall IRE. The gamma played like averaging close to 2.4 in the forced swim at 90-100 IRE due to green in the RGB. The average temperature of ranged close to 6500 degrees, while from the charts you can view individual temperatures. Interesting is the gamma chart.

Basically, we expected much worse things for the simple reason that we wanted to kalimpraroyme with Auto-Iris. This was because Nick prefers to see having at on the IRIS, therefore, an arrangement having the disabled will not respond to what we would see, regardless if our charts have been more beautiful. Generally, however, and having in mind our serpentine resulting gamma when Auto Iris works in dozens of models of each company, the end result of our not spoiled at all!!

The luminosity reached 9, 5fl, not bad at all. Of course with a new lamp or a smaller frame (or even white screen with gain 1 +), we would have definitely light in specifications, but the difference was small and not annoying degree.

Then we moved to adjust color. Behold our chart: 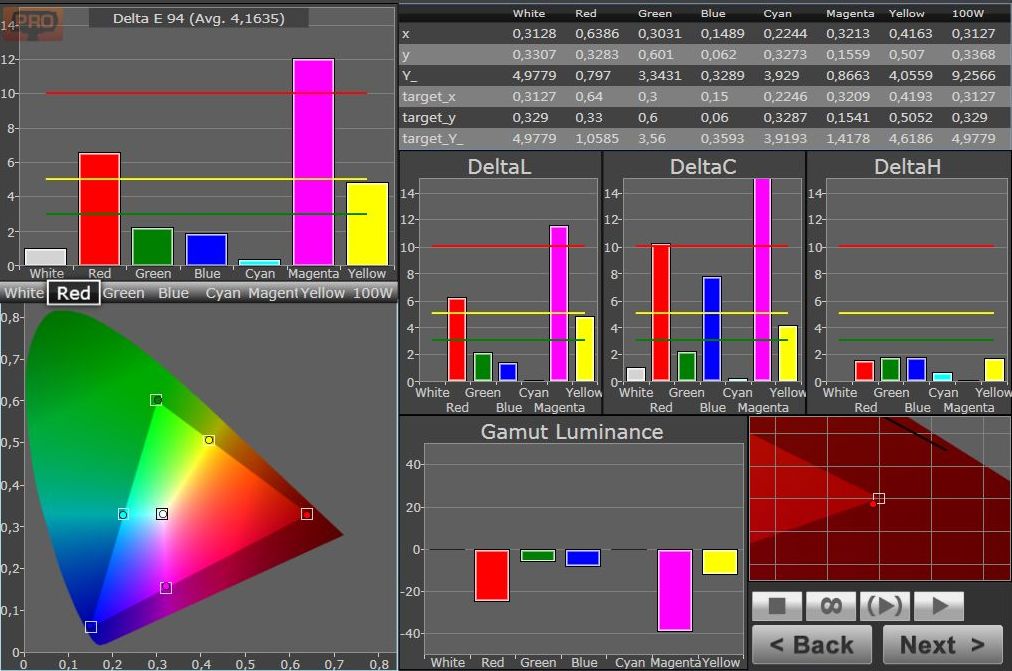 The brightness discrepancy in Magenta was not because the projector doesn’t come, but, deliberately, because of our experience with Benq’s machinery we have found that this particular slider in that color does more damage than good if poysaristei.

Probably, bad result on screen due to bad – and not according to the standards – classification of intermediate koresmwn (25, 50, 75%). The setting of the intermediate koresmwn is very important and very welcome was introduced as standard in the settings. Unfortunately, we didn’t have the ability to measure these values, but we reserve for future reviews.

Is a projector that counts 5 chronakia on his back and that whenever we see always leaves us the same sweet taste. It is a timeless plus projector with build “tanks” and picture that has nothing to envy even of the newer models in circulation last year. Equipped like lobster with dual irises and complete regulatory (see full CMS) is here, fresh and ready to “burn” screens and walls.

The projector was calibrated very close to the reference (as you see and related charts), decently covered 135 + inches on a wall “yellow” (surely under 1 gain), having over 1500 hours in his first lamp. What else can anyone ask for?

Here to say that the site of Nicholas is a typical “inappropriate” place for video projection (sorry Nick:-).) A classic lounge with many reflections and pale shades, combining virtually kills any contrast projector (at least in our own “sick” eyes).

Speaking of contrast, to say that the W5000 DLP projector is a monotsipos who wears the Dark chip Chip 2 of Texas.

As regards the Visual, sharpness and brightness uniformity-granularity, the projector gets very good marks. The 1080 lines depicted clearly without artifacts and content rich in detail without resorting to software ” crutches ” that camouflage the weaknesses.

The Achilles heel of course is the on/off contrast. Of course, not have discovered America, as is characteristic of this category of DLP monotsipwn. However, the excellent management of light, decent gamma and relatively discreet Iris (automatic course) do a good job work from low till high IRE.

Even in scenes on/off (scenes with little illumination), the details were all there and the brightness gradations were in bed degree. However, to be perfectly fair, the 5000 will not like to someone who ” prey ” absolute black in dark scenes.

However, the projector showed his teeth playing venues and we proved once again that the “big picture” has no rival and that good DLP projectors are really buying “investment”. 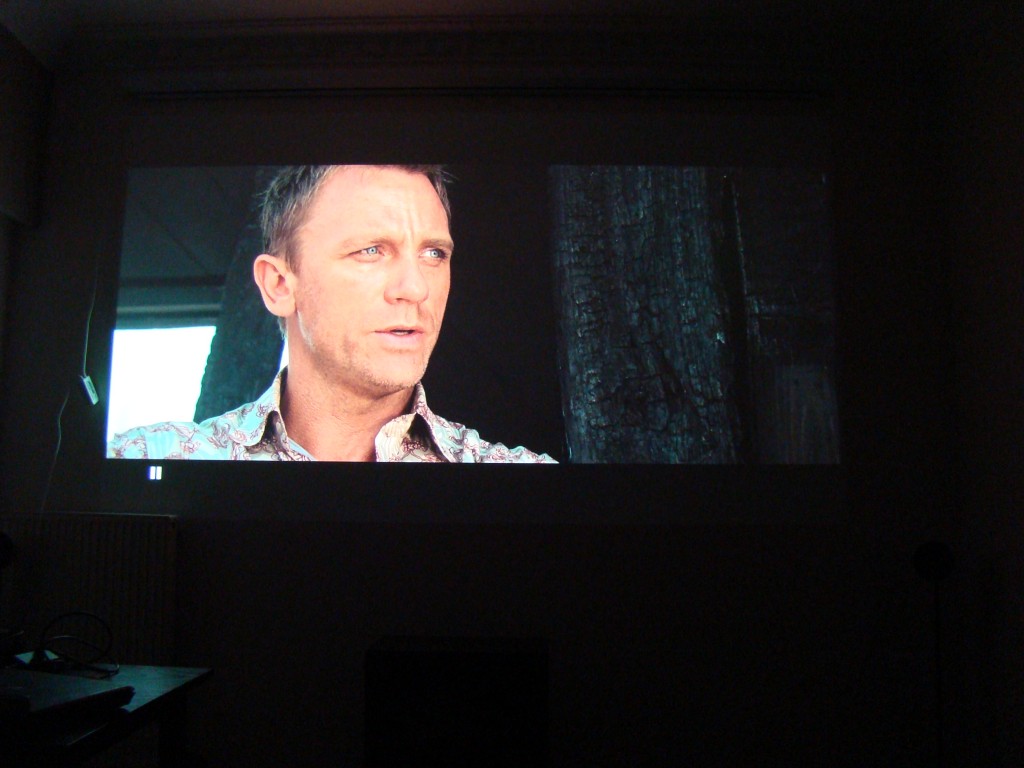 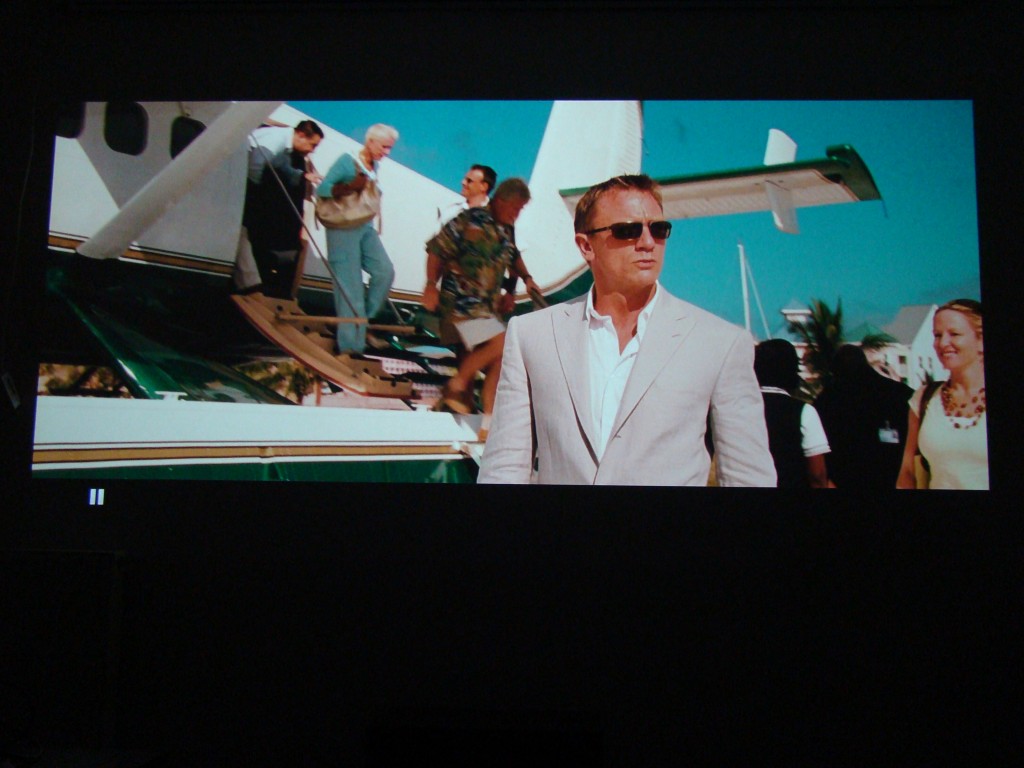 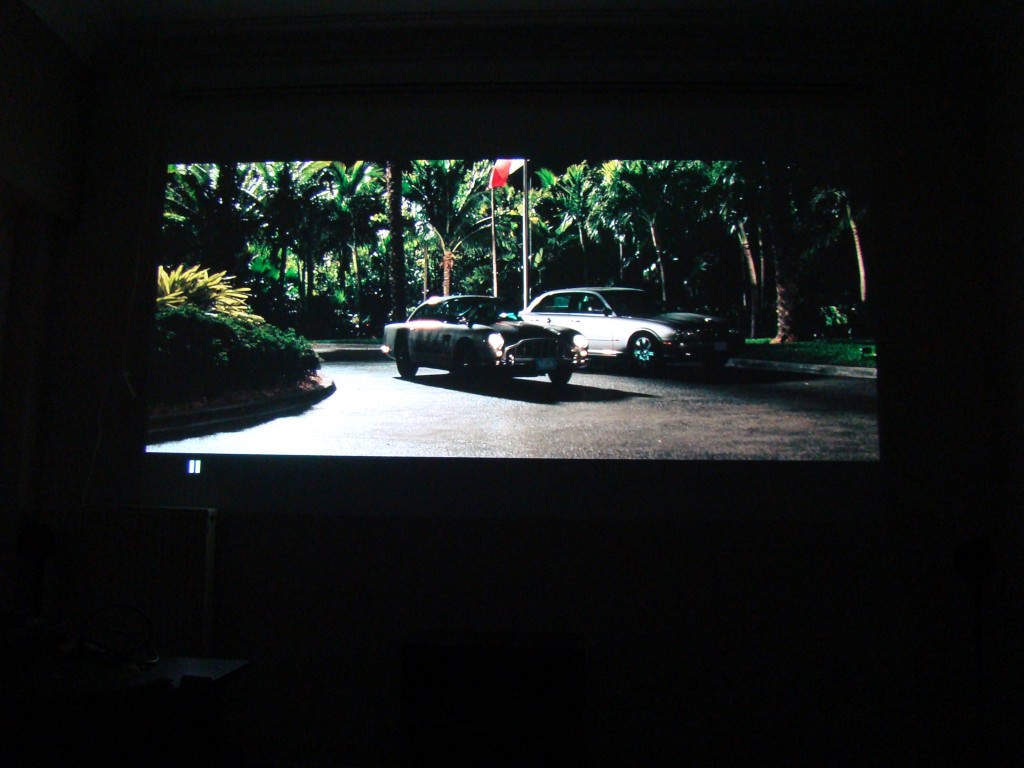 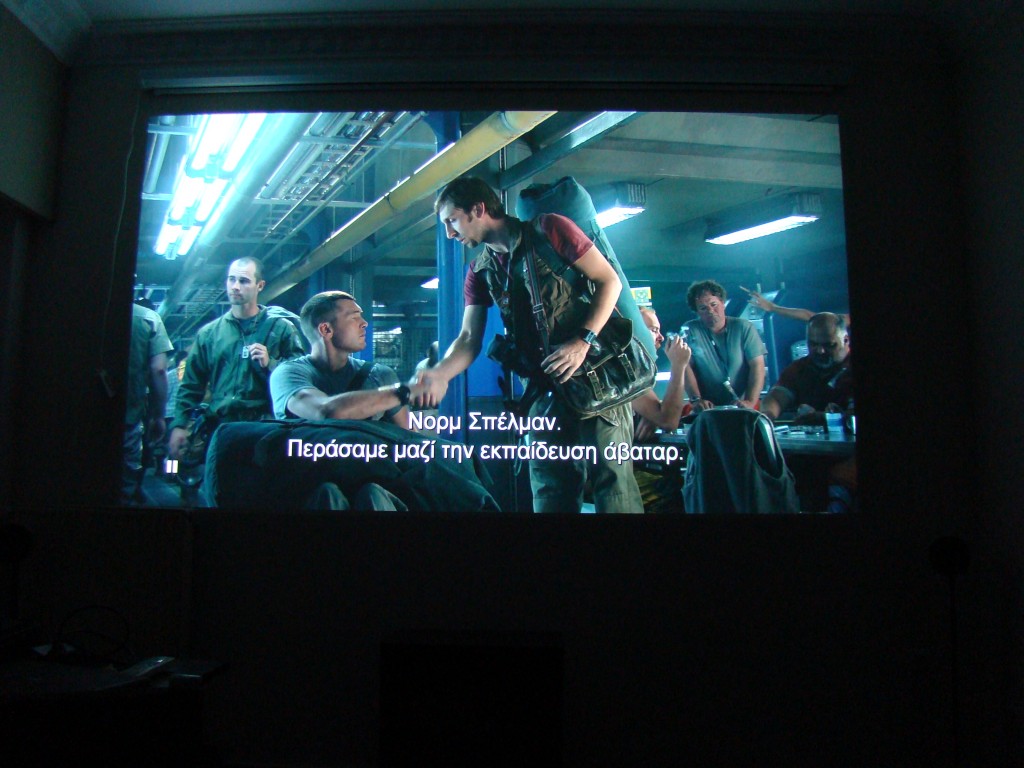 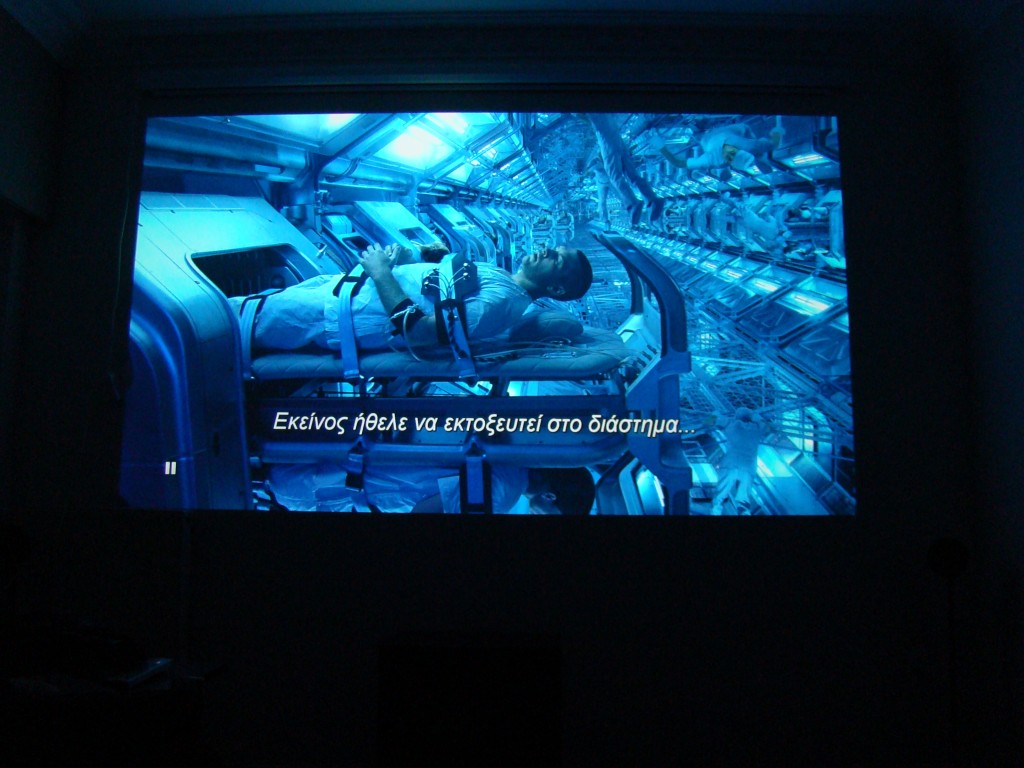 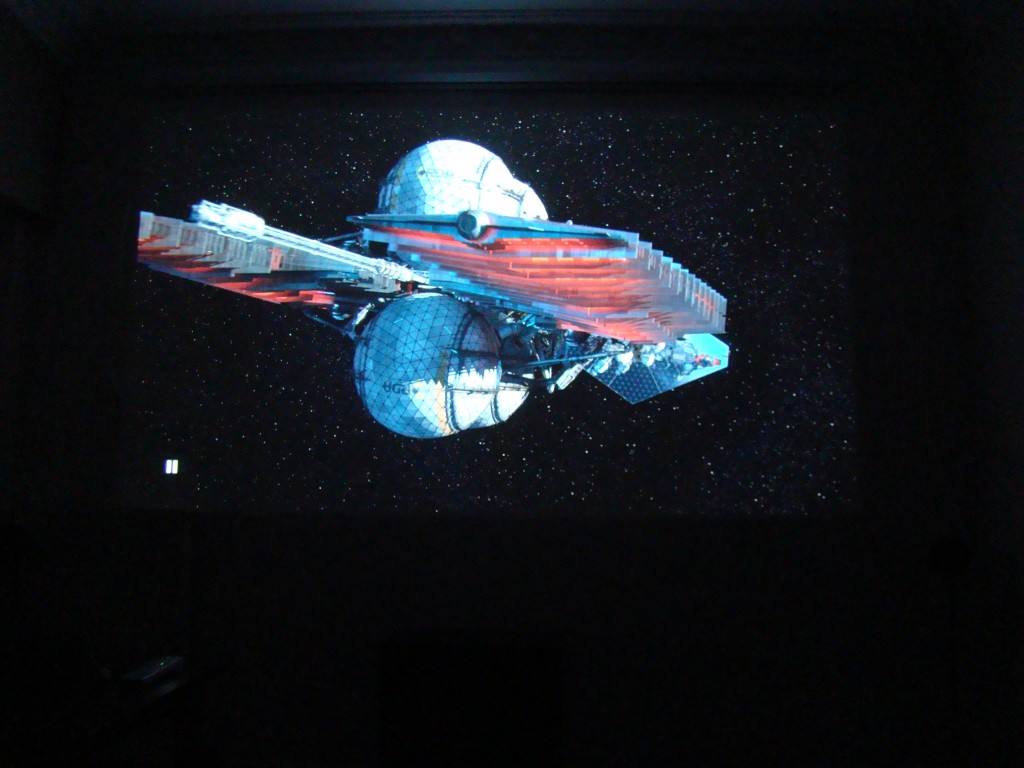 Nico thanks for the invitation and kalotheatos the “new” spotlight.

From the “projectorjunkies” good hits!!